Walt Disney may be portrayed as a mensch in Saving Mr. Banks, but Meryl Streep wants everyone to know that isn’t entirely accurate.

Streep took the stage at the National Board of Review awards gala in New York to present an award to Emma Thompson for her role in the film, a story about how the man behind the mouse, played by Tom Hanks, convinced author P.L. Travers (Thompson) to sell him the movie rights to her book Mary Poppins. She started out with praise for the actress, but according to Variety and other sources, Streep soon launched into a little speech about Mr. Disney’s anti-Semitic and sexist views.

She pointed out that the mogul “supported anti-Semitic industry lobbying groups,” and that he was a “gender bigot.”

“Women do not do any of the creative work in connection with preparing the cartoons for the screen, as that task is performed entirely by young men,” Streep read, quoting a 1938 letter the company sent to an aspiring female animator.

Rumors about Disney have been out there forever (you’ve got to be living under a bridge if you’ve never heard the one about him being cryogenically frozen), but naturally they’ve been discussed more lately, since film’s release. – JTA News and Features 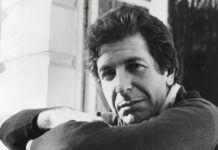