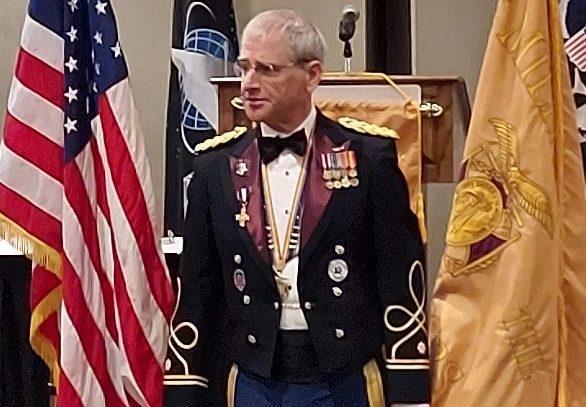 Lt. Col. Michael A. Okin, U.S. Army (Retired), of Lynchburg, Va., was elected the 91st commander-in-chief of Military Order of the World Wars during the organization’s 100th national convention in August.

Okin is a graduate of Washington & Lee University, earned his medical degree from the University of Virginia and completed his residency in family medicine at the Eisenhower Army Medical Center, Ft. Gordon, Ga. He served in Grenada and deployed during the Gulf War, after which he retired from the Army and later from the private practice of medicine.

Military Order of the World Wars is a veterans service organization, created in 1919 by General of the Army John J. “Black Jack” Pershing.