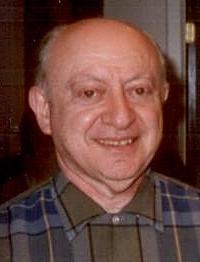 Milton was born in New York City on the lower east side of Manhattan. He developed a love for entertainment, especially Broadway shows, comedies, music and dancing — which he would pass down, along with his good sense of humor, to his children and grandchildren. He would go to big band dances in New York, and his love for the blues and 1940s swing music continued throughout his life. He would engage in informal musical sessions with his family, even in his 90s, that were of a source of enjoyment for all.
He got into college at New York University at the age of 15. After having obtained his degree in psychology from NYU, he decided to move to Washington, D.C. At one of the well-known roof top dances at the Jewish Community Center in Washington, D.C., in the 1950s, he met his wife, Esther, z”l. They were married for 35 years until 1994, when Esther passed away.

He was the chief counselor nationwide for Goodwill Industries Rehabilitation Division. He later became head of rehabilitation at Glendale Hospital in Prince Georges County. Along the way he got his masters in psychology from George Washington University and then worked for the Veterans Administration as a vocational rehabilitation counselor for approximately 25 years until he retired. He loved his work. He loved helping veterans. He would always find the right balance between work and family.

He was a longtime member of Har Tzeon. He served as a member of the board as well as the men’s club program director. He also was a regular customer of IHOP.