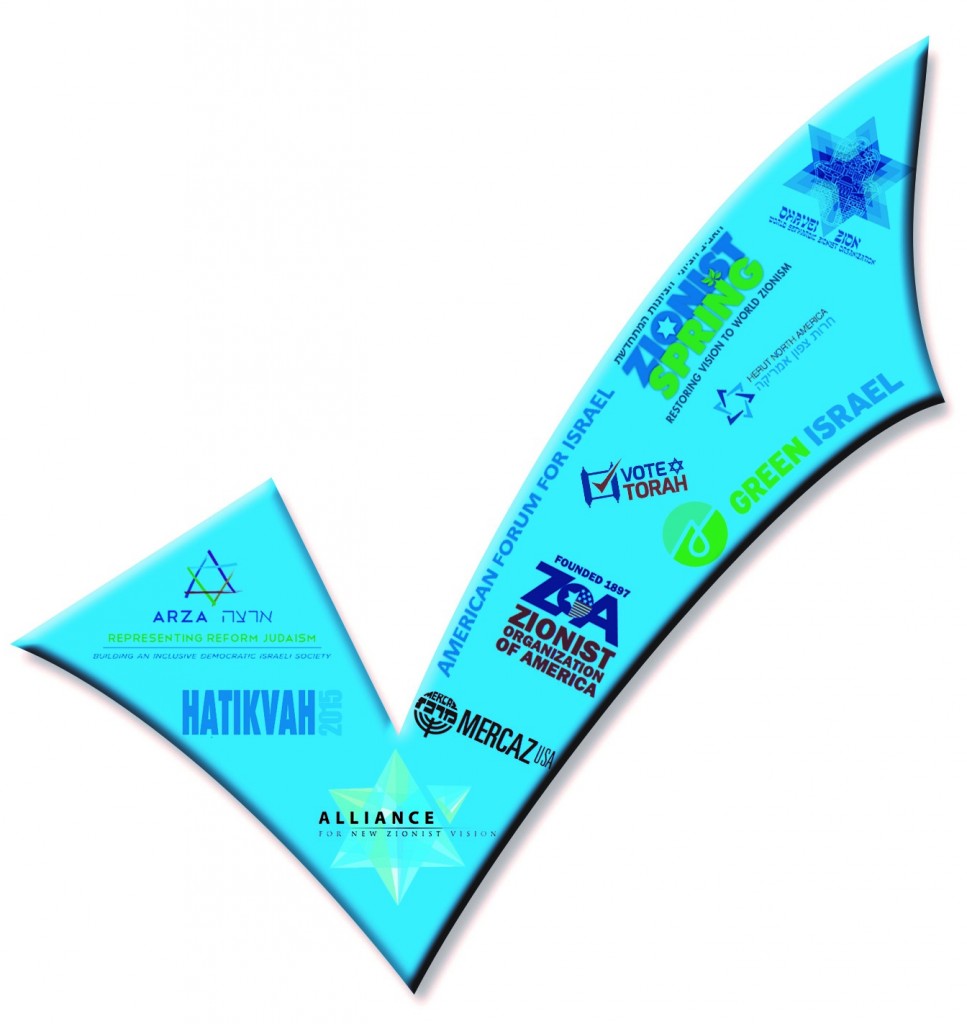 Alyssa Gabay sat down at her kitchen table last week, flipped open her laptop and with a few clicks cast her vote in an international Jewish election that could influence how millions of dollars are spent as well as the Jewish complexion of Israel.

Gabay, a freshman at the University of Maryland, is running in the election as a delegate for the student-led Alliance for New Zionist Vision, one of 11 groups competing in the balloting for the World Zionist Congress, which is scheduled to meet in Jerusalem in October.

The online election, which began Jan. 13 and will run through April 30, is the one chance for Diaspora Jews to express their opinions about Israel in a democratic way, say supporters.

“It’s American Jews’ best opportunity to have their voices heard,” said Karen
Rubinstein, executive director of American Zionist Movement, which is running the U.S. segment of the elections.

Elections have been held for Zionist Congresses since the late 1800s, but this is the first time they’re being conducted online, Rubinstein said.

Of the 500 delegates to the Congress, which gathers every five years and sets policy for the World Zionist Organization and its multimillion-dollar budget, 145 delegates will be elected from the United States. Another 200 come from Israeli political parties in proportion to their strength in the Knesset. The remaining delegates will be chosen from Jewish communities in the rest of the world.

The groups cover the spectrum of right to left, and include the Zionist arms of the Reform, Conservative and Orthodox movements that were the big winners in the last election a decade ago. There are also nonideological groups running. Winning delegates will be seated by
proportional representation.

Two new slates are competing: the World Sephardic Movement and Gabay’s Alliance for New Zionist Vision, whose candidates are university students or young adults. Each group had to procure 500 signatures to be allowed on the ballot.

In the alphabet soup of Jewish organizations, the World Zionist Organization is rarely mentioned at press conferences or in press releases. “It operates a lot behind the scenes,” said Rabbi Joshua Weinberg, president of the Reform movement’s ARZA Zionist organization and number six on its slate. In the last election, ARZA received the most votes and went to the Congress with 55 delegates, more than 10 percent of the total. Only 80,000 Jews voted in the last election, Weinberg said.

Despite its relatively low profile, the WZO is one of an interlocking triangle of institutions – the WZO, the Jewish Agency and the Jewish National Fund (Keren Kayemet LeIsrael) – that institutionally connect the Diaspora to Israel. Of these, the WZO is the only one to hold elections.

“Through these organizations, we are able to define what it means to be Jewish and drum up support for religious freedom, gender equality and the two-state solution,” said Weinberg, naming ARZA’s top issues. Because of ARZA’s strength at the Congress, “we were able to put people in key positions that really affect policy.”

During the last five years, the Reform movement in Israel and its institutions received funds totaling more than $20 million, said Rabbi Jack Luxemburg, of Temple Beth Ami in Rockville, who is
on ARZA’s slate. “We would struggle to raise that much money from the movement itself.”

By working side-by-side with Israeli delegates at the Congress, Diaspora groups can influence the Israeli political system said Marilyn Wind of Bethesda, a candidate for Mercaz, the Conservative movement’s Zionist organization, which had 32 delegates in the last election.

“Our presence allows us to work with people in the Israeli government,” she said. “We form coalitions with Israeli delegations and work with these partners to get things through the government.”

She said the fact that Israel is now paying the salary of some non-Orthodox rabbis is a result of the efforts of Mercaz and others in the WZO to promote religious pluralism in Israel.

“This is the democratic voice of the Jewish people,” said Judith Gelman, a Washingtonian who is number 11 on the Hatikvah slate. “We’re often told that Jews in the Diaspora shouldn’t have a say in what goes on in Israel. This is the one time when Jews around the world have a democratically elected voice, and that’s why it’s so important.”

Hatikvah is composed of American groups that mirror the Israeli Labor and Meretz parties, as well as delegates drawn from groups including J Street, Americans for Peace Now, New Israel Fund and Open Hillel. They share a common support of a two-state solution to the Israel-Palestinian conflict and an opposition to the Israeli settlement movement. It won five seats in the last election.

The Zionist Organization of America, which also won five seats in the last election, takes the opposite position. It filed complaints against Hatikvah with Zionist election officials, charging Hatikvah’s constituent groups with supporting the BDS, or boycott, divestment and sanction Israel, movement.

“They have no moral or legal right to run,” Klein said. “This is beyond the pale.”

Gelman said in response: “Hatikvah is the slate most closely related to the founders of Israel. [The Labor Party led Israel’s government for its first 29 years and was the party of founding Prime Minister David Ben-Gurion.] We sit in coalition with two Zionist parties in Israel. We are Zionists who believe in a two-state solution.”

Gabay is in the second slot on the Alliance for New Zionist Vision’s slate. If elected, this will be her first Zionist Congress. She said her slate of young Jews will bring a generational perspective that the veterans lack.

“We have a better feel” for the “new critiques against Israel’s reputation” on campus, she said.

“Other groups may have representation on campus, but there’s nothing like being there firsthand and seeing what needs to be done.

“To keep Zionism relevant, we have to ask what are our next goals and how are we going to fulfill them, and we need to have that discussion at the World Zionist Congress,” she added. “We’re a brand new state. It makes sense we might want to change around things.”

To register and vote, go to azm.org. There is a $10 fee (payable by credit card.) Once on the site, you can read about the 11 participating groups, their platforms and their slates of delegates. 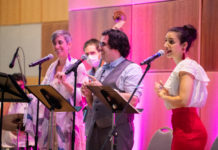