As I passed mile 22 of the marathon, run on rolling hills around Portland, Maine, I asked myself, how on earth did I get into this?

There were a whole lot of reasons, but the moment I made the decision to run the second marathon of my life, and the first in 12 years, came on April 15 when terrorists exploded homemade bombs at the finish line of the Boston Marathon, killing three people and injuring 264.

Like all Americans, I was deeply upset and saddened — but as a runner I was especially outraged. There is something beautiful about running and runners. It is our most democratic sport. You don’t need fancy, expensive gear — just a decent pair of shoes — and when you line up for a race, whether a 5K or a marathon, there is such a sense of fellowship that has become rare in our fractured, mean-spirited society. Everyone is rooting for everyone else to do well. At the starting and finishing lines and along the course, truly a discouraging word is never heard.

Everyone runs the same course, whether they’re Olympic hopefuls or plodders like me. I have had the thrill of running alongside former world record holder for the mile and 800 meters and Olympic silver medalist Jim Ryun in a charity run and actually passing him. (He probably wasn’t trying very hard.) But nobody really is competing against each other. We are all trying to meet personal goals and truly everyone is a winner.

When the Boston bombs exploded, I made a personal vow to show up and run next year. But you have to qualify for Boston — which meant running another marathon first. I chose the race in Portland, Maine, which was run on Oct. 6.

There were other reasons I wanted to do it. I am fast approaching my 60th birthday and the cliched idea of shaking a fist at mortality attracted me. And, three years ago, I went through what the writers always call a “bout” with cancer. I viewed the marathon as falling within the spirit of the Book of Deuteronomy to “choose life.”

It’s one thing to commit to running 26.2 miles. It’s another to actually do it. And running a marathon at 59 is vastly different from running one at 47. At first, as I upped my distance from five to seven to nine miles, it felt incredibly difficult. Near the end of one seven-mile run, I tripped on a curb and ended up with six stitches in my chin and spectacularly blackened eyes.

It’s actually harder to go from five to 10 miles than from 10 to 20. As the body settles in and becomes used to running for two and then three hours at a time, strange things happen to the mind. I found myself entering a blissful, almost Zen-like, state of thoughtlessness. There was only the painless sensation of putting one foot in front of the other. The world shrank, and I retreated from my daily concerns.

Other times, I was totally immersed in the music coming through my headset. Once my iPod jammed and I was treated to the final movement of the Verdi Requiem six times in a row, the Libera Me or “Deliver Me.” It was fantastic. One morning, running the C&O canal just before daybreak, I saw two beavers as well as lots of deer and herons — and nary a human. Of course, training for the marathon in the heat and humidity of a Washington summer is tough. I found myself getting up for my long runs on Sunday morning at 4:45 a.m. to beat the heat. A couple of times it was so humid I had gone through all three of my water bottles within five miles and had to turn back.

As for the marathon itself, the weather was perfect with temperatures in the low 50s — but the course was much hillier than I anticipated. I reached the halfway point in just over two hours, but a surge of energy helped me increase my pace. By this point, I knew I would not qualify for Boston but I still wanted to break four hours.

In the third and fourth hours of the race, there were patches where I felt I could keep going for ever. I was passing one runner after another, exchanging words of encouragement. I had the heady feeling of transcending physical limitations. I thought, “Whatever else I do with my life, I have accomplished this.” The final steep hill, known as “The Crusher,” came at mile 23. I battled up it, stopped for a sip of water, and then cruised to the finish, managing a sprint for the final 100 yards.

I finished in one minute under four hours and missed qualifying for Boston by four minutes. But there’s always next year. 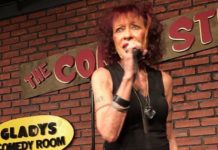 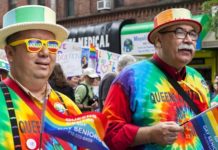 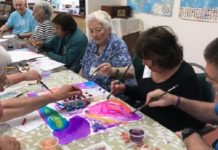