Israel’s Attorney General Avichai Mendelblit announced on Thursday that he has decided to indict Prime Minister Benjamin Netanyahu in three separate criminal cases against him.

The actual filing of the charges will not come until after a hearing in which Netanyahu can contest the allegations. It is not known when that hearing will be scheduled, but it likely will come after the April 9 elections. Netanyahu is not required to step down from his position until the charges are filed.

Earlier on Thursday, the Likud Party asked the Supreme Court to halt the announcement until after the April 9 elections, which was rejected.

The most serious charges against Netanyahu – bribery and breach of trust – come in Case 4000, which alleges that Shaul Elovitch, majority shareholder of Bezeq telecommunications, received political favors for the corporation in return for favorable coverage of Netanyahu on the Walla! news website owned by the company.

He also will be charged with fraud and breach of trust in Case 1000, which alleges that Netanyahu received expensive gifts from supporters in return for advancing their interests, including expensive cigars and champagne.

In Case 2000, Netanyahu will be charged with breach of trust. The case alleges that Netanyahu conspired with Arnon Mozes, the owner of the Israeli daily Yediot Acharonot, to advance legislation hobbling the free and pro-Netanyahu tabloid Israel Hayom bankrolled by Jewish American billionaire Sheldon Adelson.

Netanyahu has denied all of the charges and has called it a witch hunt by the political left and the media.

Israeli Prime Minister Ehud Olmert resigned from his post in 2008 during an investigation against him into multiple corruption scandals. He was later charged and convicted, ultimately serving 16 months of a 27-month sentence. 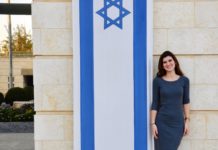 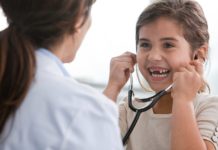