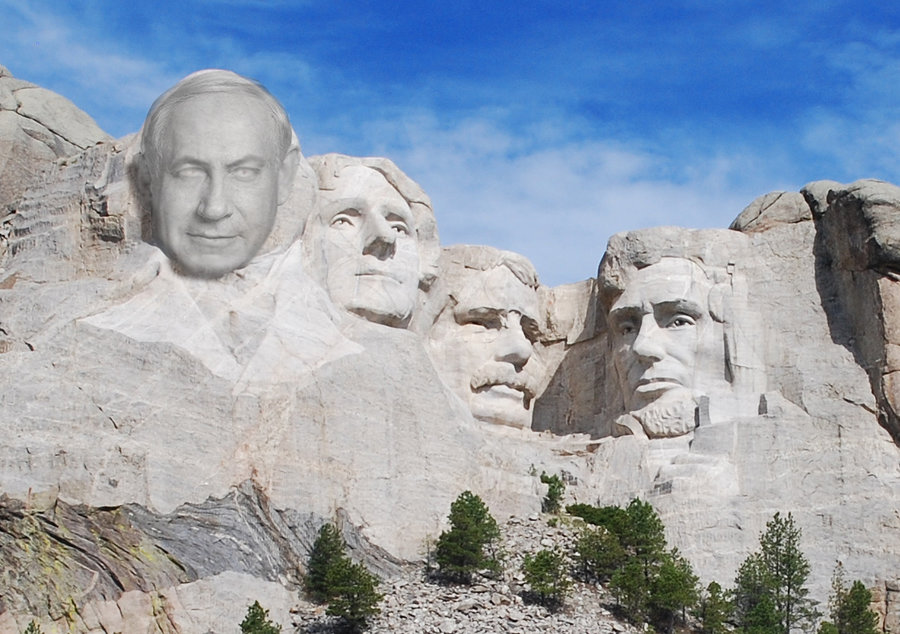 However, Caspit fails to give Bibi his due as a figure of historical proportions. Every other Israeli prime minister was an insider — David Ben-Gurion, Levi Eshkol, Golda Meir and Shimon Peres from the Labor establishment; Ariel Sharon, Yitzhak Rabin and Ehud Barak from the military; Menachem Begin, Yitzhak Shamir and Ehud Olmert from the Revisionist, currently Likud, political establishment.

Bibi, on the other hand, is the son of a failed Revisionist academic, who blamed his lack of success on discrimination against him by the ruling left-wing Laborites. For whatever reason, Benzion Netanyahu was unable to secure a position at Hebrew University, and Bibi spent much of his childhood in America, where his father was able to find employment.

Like John Kennedy — in a sense an outsider as a Catholic seeking political power in a country then overwhelmingly Protestant — Bibi was not the son chosen to lead the family to the promised land of political primacy. After Joseph Kennedy Jr. was killed in combat during World War II and Yoni Netanyahu, Bibi’s older brother, was gunned down during the Entebbe rescue mission in 1976, John Kennedy and Benjamin Netanyahu took their brothers’ places as each family’s great political hope.

After Yoni’s funeral, Netanyahu became the family’s “torchbearer.” “The second son reignited himself but it wasn’t an automatic decision on Bibi’s part,” Caspit writes. “He was given no choice. … From being a student who dreamed of the good life in America, Bibi was now the man on whose shoulders lay all the history of the Jews as understood by his family. All that was now his mission. He was the one who would have to arrive, to fulfill and repair the injustices of the past.” 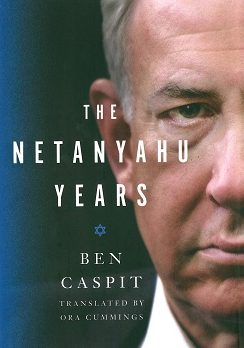 His ascent was meteoric, despite the staunch opposition of the Likud “princes,” the sons of the early leaders of the Revisionist movement.

After the 1973 Yom Kippur War, in which Bibi fought, Consul General Colette Avital used the articulate Bibi in pro-Israel lectures. One of his first notable successes was a debate with Palestinian American professor Edward Said on television in which he held his own against that formidable foe. That contest, writes the author, “sparked a love affair, one that has lasted to this day. Never before had Israel so effective and impressive a spokesperson as Bibi Netanyahu. The camera loved him, and he loved it in return.”

He became a star speaker for the American Jewish community and a celebrity in the United States.

In 1984, Labor and Likud entered into a national unity government with rotating prime ministers, and Prime Minister Shimon Peres (Labor), on the advice of Minister Moshe Arens (Likud), appointed Bibi to be Israel’s U.N. ambassador.

Netanyahu returned to Israel in 1988 in time for elections, bringing American electoral know-how with him. He and an aide built a database of thousands of Likud Central Committee members, and Bibi called every one of them. He became number five on the Likud party list in his first election — a remarkable accomplishment. Even more notable, he was named deputy foreign minister by Prime Minister Yitzhak Shamir and later deputy minister in the Prime Minister’s Office.

Netanyahu became prime minister in 1996, beating Peres who had succeeded Rabin following his assassination. Bibi was in office three years before losing to Ehud Barak.

In the early 2000s, he served as minister in Ariel Sharon’s governments, becoming prime minister in 2009 and has remained in that post ever since.

Bibi’s political skills have been “light-years ahead of those of his rivals,” writes the author.

But so have his and his wife Sara’s appetites for the good life and their alleged disregard for the law when pursuing it.

During his first term as prime minister, “the scandals were juicy,” writes Caspit.

After they left office in 1999, more accusations dogged the Netanyahus. It was reported that they had tried to get the state to pay for their personal expenses; had attempted to conceal gifts given to the prime minister; and had tried to obtain a large amount of money to pay for their move from the prime minister’s residence. The police recommended an indictment against both, and State Attorney Edna Arbel concurred. But Attorney General Elyakim Rubinstein decided to dismiss the case.

Suspicions of illicit behavior continued to dog them. In the latest election in 2015, the author writes, “there was talk of a possible criminal investigation into irregularities in the prime minister’s residence. The press and state comptroller’s report painted a problematic, some said sick, picture of hedonistic behavior in the Netanyahu household, and excessive misuse of public funds.”

If he had been beaten in the election, Bibi would have lost his immunity from prosecution and he might have been subject to an investigation of him and his wife, as happened in 1999.

Caspit offers an explanation for the Netanyahus’ unseemly quest for luxury. The couple believes that if Bibi had stayed in the States, he would have become very wealthy. Instead he sacrificed his version of the American dream to help the Israeli people. Therefore, they should not begrudge him and Sara their luxuries.

Perhaps the most fascinating parts of the book deal with the feelings of mutual abhorrence that characterized relations between President Barack Obama and Netanyahu.

“To Netanyahu,” notes Caspit, “Obama was a total loss almost from the word go. … Muslim lover, anti-Semite, Hussein are Obama synonyms in the Netanyahu household.”

Those feelings of loathing were apparently reciprocated by Obama and his advisers.

All this antipathy was heightened by the strong disagreements on Iran and the Palestinians between the two sides.

But, Caspit notes, the Obama-Bibi relationship may have been doomed from the beginning. Had Bibi stayed in America, he would have been a conservative Republican; Obama is a liberal Democrat. As we have come to understand, this is an almost unbridgeable chasm.

Caspit showcases Netanyahu’s faults in this book. But he also credits Bibi with a genuine desire to maintain Israeli security, especially by preventing Iran from building nuclear weapons. Perhaps, despite Netanyahu’s faults, the Israeli public understands that commitment. That factor — in addition to the generally weak candidates who have run against him — may explain his record as the longest serving prime minister in Israeli history.