What has been marketed as a “rebranding” of the 90-year-old Jewish Agency for Israel is more than the cosmetic change than the word suggests. At its board of governors meeting in Jerusalem last week, the venerable quasi-governmental body adopted a new focus and direction, but not a name change.

In its carefully developed 10-year strategic plan, the Jewish Agency, which was established in 1929 to bring Diaspora fundraisers together with the Jewish
community in pre-state Palestine, will continue to promote and help facilitate aliyah, but will expand its work to focus on fighting anti-Semitism, on bringing together Jews worldwide and on connecting Diaspora Jews with Israel. These expanded areas of activity are a departure from the Agency’s traditional, Israel-focused programs and involvements.

“The Jewish Agency recognizes the need for our organization to adapt to the most pressing challenges facing the global Jewish people today,” Jewish Agency Chairman Isaac Herzog said. “We must address the devastating surge in anti-Semitism, a deepened rift between world Jewry and Israel, and the need for a new operating model. We are one people, one nation and we must unite in addressing these urgent issues. Together, we will succeed and prosper as a people.”

The new approach makes sense at a time when Israel is a robust state of 8.9 million citizens, when there is no iron curtain walling Jews off from the rest of the world and when 14.6 million Jews are easily connected online and by cell phone.

At the same time, the Jewish world is witnessing a disturbing upswing in anti-Semitic attacks and an attempt by some of Israel’s critics to punish the country economically for — depending on the critic — its occupation of the Palestinians or merely its existence. Not to mention the cooling of relations between Diaspora Jews and Israel over religion and state issues, and other political concerns.

“This is a historic moment for an organization that has held a historic role in the life of the Jewish people over the past 90 years,” Herzog said.

Although the broad parameters of the new approach have been agreed upon, the devil will be in the details, as programs, plans and collaborations are rolled out. One thing the Jewish Agency clearly plans to do, however, is to increase the number of shlichim — those young Israelis sent to Diaspora communities, JCCs and synagogues as “Israel fellows.”

That program is a win-win, since the shlichim help strengthen Diaspora communities while offering a life-changing opportunity for young Israelis who want to spend a year or two in the United States or elsewhere, bringing Israeli culture and an Israeli connection to Diaspora Jews and their communities.

We look forward to the next decade of the Jewish Agency’s activism, and wish the Agency success in reaching its expanded goals. 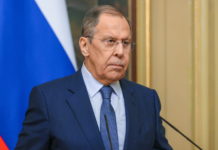