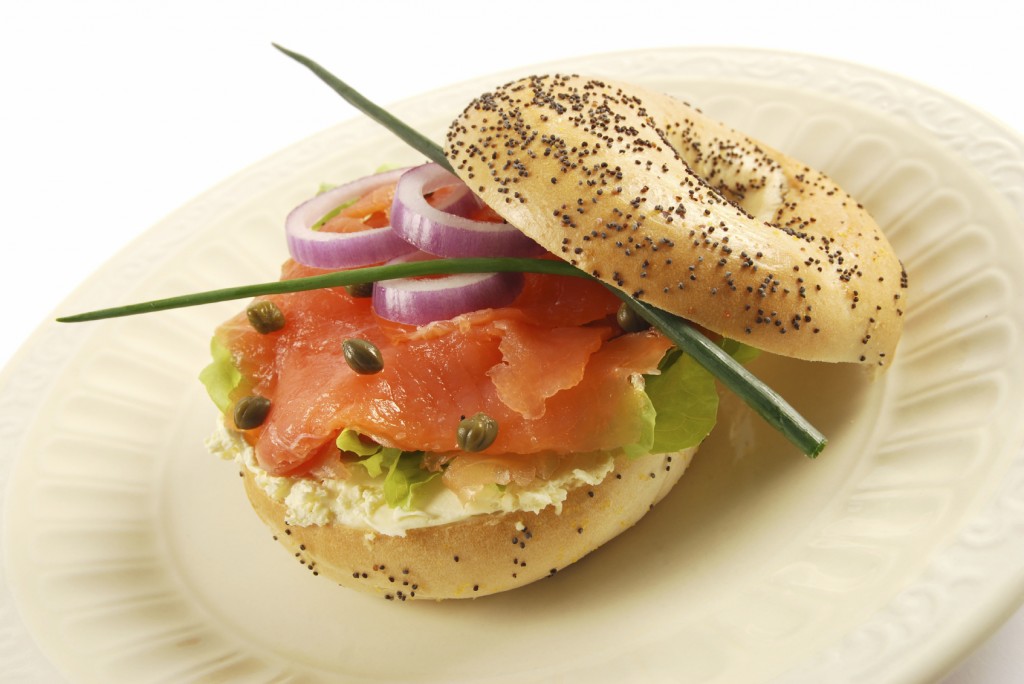 Lox, chopped herring, sable – for decades these tasty fish dishes were the staples of the American Jewish table, especially at times of celebration.

But no more – at least if the holiday platters ordered at local delis are any indication.

Salty belly lox, which is demonized by those who watch their blood pressure, has been largely replaced by the milder flavor of nova. Herring – whether chopped, creamed or pickled – is still around, but its popularity is rapidly diminishing. Sable, once a staple of the breakfast meal, is rarely seen on the tables of younger Jewish families. And whitefish still has its fans … but no heads or tails, please.

“Everybody cuts those parts off of the fish now,” says Neil Bressler, owner of Neal’s Bagels in Gaithersburg. “Nobody wants to look at them anymore.”

“The only people who ask for these things now are the older generation and the New York crowd,” Kavadoy says. “People under 40 haven’t been trained to eat these things. They think sable is slimy. They won’t eat whole whitefish, just whitefish salad. If it doesn’t look attractive, they don’t want to try it. They just want a good, clean, pretty slice of nova.”

Neal’s Bagels still sells sable, along with kippered salmon and belly lox, but Bressler concurs that older folks are the ones doing most of the ordering.

“People just aren’t growing up with sable anymore,” he says. “They’re not buying it because they don’t even know what it is.”

It’s the same story at Brooklyn’s Deli & Catering in Potomac, where owner Austen Brandt has cut his stock of sable and creamed herring to the bare minimum in recent years.

“Those items are just not popular with this generation,” he says. “If someone is having 20 guests for Yom Kippur, probably not more than one or two of them are going to eat sable or herring. I don’t order much because it will just go bad.”

In fact, Brandt says many of his customers aren’t even interested in getting an assortment of fish for Yom Kippur these days. “They might get a pound of whitefish salad or something like that,” he says. “But a lot of people now are doing just straight nova.”

Bressler of Neal’s Bagels, who grew up eating belly lox, says he’s moved over to nova along with “95 percent” of his customers.

And it’s not just on Yom Kippur that younger Jews are eating differently than their predecessors. Chopped liver, for example, is not in much demand with Millennials.

“The young foodies might eat liver in the form of pate,” Kavadoy says. “But I don’t think I’ve ever seen a person under 30 order a chopped liver sandwich.”

Brandt concurs with that assessment.

“It’s not often that I see a 20-something order chopped liver,” he says. “But it’s still more popular than creamed herring.”