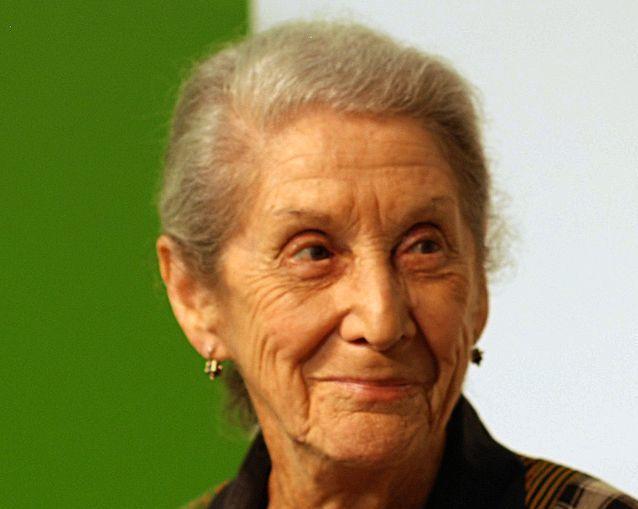 South African novelist Nadine Gordimer died Sunday in Johannesburg at the age of 90, Reuters reported. The author of more than 30 books, Gordimer was one of the literary world’s most influential voices against apartheid, winning the Nobel Prize in Literature in 1991 for her novels and short stories that painted a moving and realistic portrait of life under white minority rule.

According to The New York Times, Gordimer did not originally choose the subject of apartheid as a young writer. When Afrikaner nationalists rose to power in 1948, she could no longer ignore the subject; the apartheid system enveloped her.

Taking on the subject, she explored all aspects of South African life and society; critics deemed her work a social history told through portraits of her South African characters, many of whom were black. Gordimer began writing at an early age, publishing her first story, “Come Again Tomorrow,” in a Johannesburg magazine when she was 15.

The novel centers on a young British man who arrives in South Africa to discover two social factions he cannot unite – the black townships, where one group of his friends lives, and a world of white privilege, where he also has friends.

Also banned was The Late Bourgeois World (1966), a story about a woman faced with a difficult decision after her ex-husband, an anti-apartheid resistance traitor, commits suicide. Burger’s Daughter, considered one of her most well-known novels, was published in 1979.

The story of a child’s journey after her revolutionary father becomes a martyr to the cause was banned in the country for only a few months, as Gordimer had by then become an internationally known author. July’s People (1981) envisioned a violent South African revolution, where black people hunt and murder the white minority, while a black servant protects his white employers by bringing them to the black township of Soweto. Her last novel, No Time Like the Present (2012), focused on veterans of the battle against apartheid as they face issues of modern South Africa.

Gordimer was born in Springs, South Africa, to Jewish immigrant parents in 1923. Her father, Isidore Gordimer, was a Lithuanian watchmaker, and her mother, Nancy, moved to the country from Britain. Gordimer told The Paris Review in 1983 that they had an unhappy marriage, which led to her mother’s possessiveness and controlling demeanor.

Gordimer married twice, wedding dentist Gerald Gavron in 1949. They had a daughter, Oriane, and their marriage ended in divorce in 1952. She then married Reinhold Cassirer, an art dealer who had fled Nazi Germany, with whom she had a son, Hugo. Cassirer died in 2001.

Gordimer joined the African National Congress when it was still an illegal organization in South Africa during apartheid. As an ANC leader, she fought for the release of Nelson Mandela, whose famous 1962 trial speech, “I Am Prepared To Die,” she edited. “Our country has lost an unmatched literary giant whose life’s work was our mirror and an unending quest for humanity,” the ANC said in a statement.

Gordimer continued to voice her opinions on apartheid and stand for causes in the 21st century.

She spoke with WJW Editor Geoffrey W. Melada back in 2002 for an interview published in the Jewish Exponent on whether Israel was rightly condemned as an apartheid state – a charge that still surfaces today.

“The whole thing is such a tragedy. But what is at issue is territory,” she said. “The conflict is not based on racism. If the Palestinians were some other white race, there would be the same conflict between them.”

Gordimer is survived by her two children. Her family announced that a private memorial service would be held at a later date.