Westboro Baptist Church protesters, bearing signs that read “The Jews Killed Jesus” and “America is Doomed,” were met at Temple Rodef Shalom, their Friday night target, with an interfaith show of solidarity.

In the sanctuary of Northern Virginia’s largest Jewish congregation, overflow seating was necessary to accommodate the 500 worshippers who turned out for a musical service on the theme of peace.

By the time the Topeka, Kan.-based group, branded a hate group by the Anti-Defamation League, rolled down Westmoreland Street in a white van, Fairfax County police officers were stationed at various points around the synagogue’s entrance. More than a dozen neighbors, worshippers and other curious onlookers were gathering on the sidewalk, most with cameras at the ready. 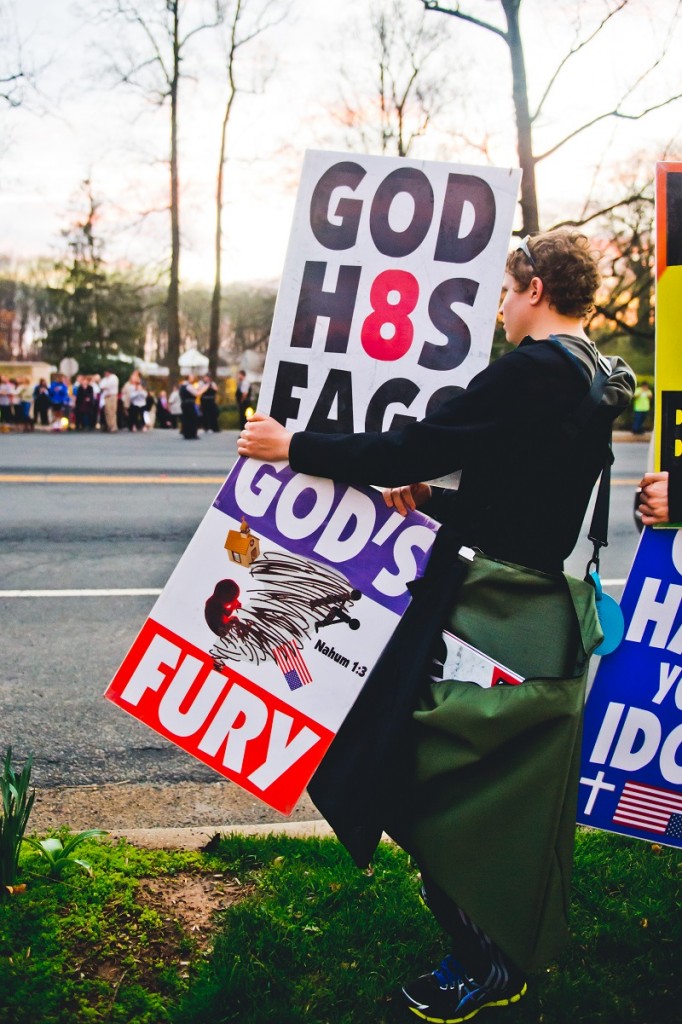 The door slid open and out walked seven Westboro members, adults and children. A police officer escorted them across the street where they held up the signs and sang along to a stereo blaring hateful parodies of Jewish and popular music.

Asked why the group chose the Reform synagogue in Falls Church, Westboro member Shirley Phelps-Roper, 57, replied, “We go to a lot of synagogues because you’re just very, very blessed.”

Rodef neighbor Paul Manners, 57, said he came out of curiosity and wanted to see what would happen.

Union for Reform Judaism Chief Program Officer Mark J. Pelavin drove down from Bowie with his daughter to show support.

“I think it’s just repugnant and vile. The idea of professing in the name of religion to spew such hate is reprehensible,” said Pelavin. “I just want to make sure that tonight the congregants have a chance to welcome Shabbat and to have a peaceful evening.”

As the sky darkened, the protestors gathered their signs, got back in their van and drove off, capping off the last leg of a protest tour that included Howard University, the Pentagon and Virginia Theological Seminary. Many of the onlookers then made their way to the synagogue entrance where they were greeted by Senior Rabbi Amy Schwartzman, Founding Rabbi Laszlo Berkowitz, Rabbi Jeffrey Saxe, Cantor Michael Schochet and other Rodef representatives. 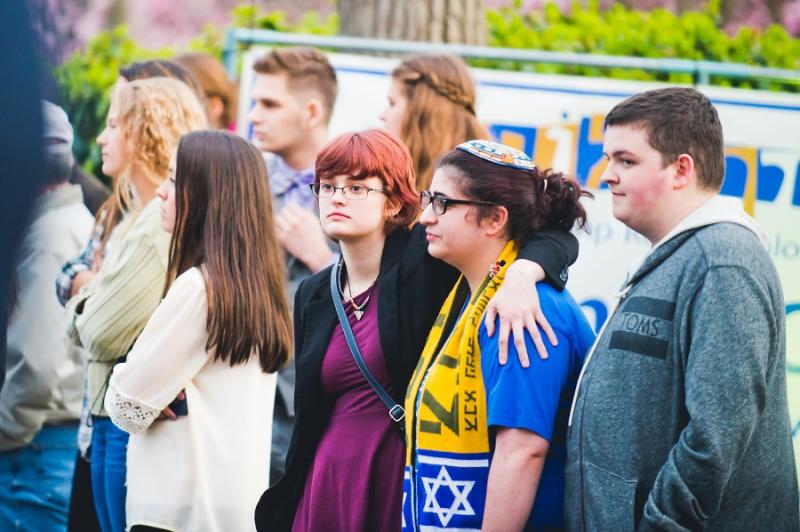 “I think as you can see by the attendance here tonight, as I’m seeing right now as I come into the building, the response is for us to come together and affirm what we are, which is inclusive, tolerant, loving … and we’re not interested what is happening out there. We’re interested in what is happening in here,” said Schwartzman.

People of various faiths joined the Northern Virginia Jewish community in what Rodef’s leaders called a “sermon in song” titled Marching Toward Peace, with Saxe and Schochet leading spirited renditions of songs that included Israeli peace anthem Yih’yeh Tov and Bob Dylan’s Blowin’ in the Wind.

Added Schwartzman: “I think that this is a sad way to strengthen our commitment to our identity as a broad and diverse community. But in a sort of roundabout way it will do that.”