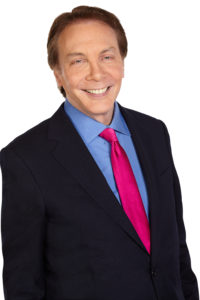 His death was confirmed by his wife, Jocelyn Elise Crowley, a professor of public policy at Rutgers University.

The show “Hannity & Colmes” premiered in 1996, and had Hannity, a conservative firebrand, co-hosting with Colmes, a moderate liberal who authored books such as “Red, White & Liberal: How Left Is Right and Right Is Wrong” (2003) and “Thank the Liberals for Saving America” (2012).

While the show’s ratings were good, especially in the run-up to the 2008 presidential election, liberal viewers often criticized it, saying Colmes was overpowered in debates by the combative Hannity.

Colmes was born in Brooklyn to Jewish immigrants from the Ukraine on Sept. 24, 1950. He grew up in Lynbrook, N.Y., and attended Ithaca College and Hofstra University. Before his time as Hannity’s “sidekick,” as some referred to him, he was a stand-up comic and radio personality.

“When we started, neither of us had a lot of TV experience,” Hannity told the Times. “Every day we would go to work and say, ‘Somebody made a mistake,’ and say, ‘What are we doing here?’ We felt like the luckiest guys on earth. We built the show together, and we were both really proud of it.”

After “Hannity & Colmes” ended in 2008, Colmes stayed with Fox News as a political commentator.

“The thing that most people never understood about us,” he told the Times, “is, we had political differences, but were best friends. What we did on the air was real, but when the show ended, we put all that aside, and we could do that because of his fundamental decency.” n