Music has always been an important part of Jewish culture,” said Piotr Gajewski, conductor and founder of the Montgomery County-based National Philharmonic.

The Warsaw-born maestro founded the orchestra in the mid-1980s as the Montgomery Chamber Orchestra with an eye toward bringing a world-class musical organization to Montgomery County. In succeeding years the group evolved and joined forces with the Masterworks Chorus, and in 2003 incorporated as the National Philharmonic.

At its home at the Music Center at Strathmore in North Bethesda, the philharmonic plays about 10 to 12 concerts per year. Since Strathmore’s opening in 2005, it has presented more than 100 concerts there and another 150 around the county. During that time, the National Phil, as it’s known,  has garnered a reputation for making music at a high level with its more than 50 professional musicians, many of whom work with other regional ensembles, teach music at the many local university and college departments, or teach privately.

Gajewski is Jewish and the son of a Holocaust survivor. For him, growing up in Poland during the Communist regime and being openly Jewish was a risk. His family emigrated in 1969, after a series of Communist purges made it nearly impossible for his father, a top-ranked physicist, to find work at his level of expertise.

Music was one of his family’s great loves and preoccupations. Gajewski, now a Rockville resident and former Rockville City Council member, began piano lessons at the age of four. “In my family, a love of music emerged as well. That’s actually [how] my family came to Jewish culture – through music. My grandfather was a strong pianist, even if he wasn’t professional. We all would go to symphony concerts in Warsaw,” he said.

This coming week, Gajewski picks up his baton to lead the National Phil in a program feature Rossini’s overture to L’Italiana in Algeri,  Mozart’s Piano Concerto No. 20 in D minor  Mozart being a Gajewski favorite and Chopin’s Variations on ‘La ci darem la mano.’

The latter was Chopin’s first work for piano with orchestra, composed when Chopin was just 17. The program features beloved pianist Brian Ganz, who, partially at Gajewski’s suggestion, is on a path to play all of Chopin’s works for piano over the course of about a decade.

When not leading the orchestra in Montgomery County, Gajewski has a significant portfolio as a guest conductor, primarily in Poland, and travels abroad about eight weeks a year to conduct.

Gajewski and his board, which includes Rabbi Leonard Cahan, clergy emeritus at Congregation Har Shalom in Potomac, is in the early stages of developing programming that will explore Jewish identity through music. He also hopes to program a Jewish oratorio for the 2017 season.

“We’re looking forward to several concerts that will include Jewish-themed music,” the orchestra leader said. “It’s a very interesting topic and, of course, it’s interesting to me personally.”

In the meantime, Gajewski is a leader in bringing classical music to the youngest generation of Montgomery County residents, just as he began his own musical education as a child.

The orchestra’s groundbreaking intiative, All Kids, All Free, All the Time, gives free tickets to children 17 and younger to each of its concerts. Gajewski’s orchestra also offers summer institutes and master classes to young string players and singers. Additionally, Gajewski conducts annual concerts for all Montgomery County public schools’ second- graders each fall, reaching some 12,000 students annually.

Returning to thoughts of his Jewish roots, while Gajewski is not affiliated with a congregation or Jewish organizations, he said, “My upbringing is largely agnostic, and I feel comfortable in any worship setting. But maybe in my older age, I may gravitate to some organized religious tradition.”

In the meantime, there is always the spiritual feeling the music brings. 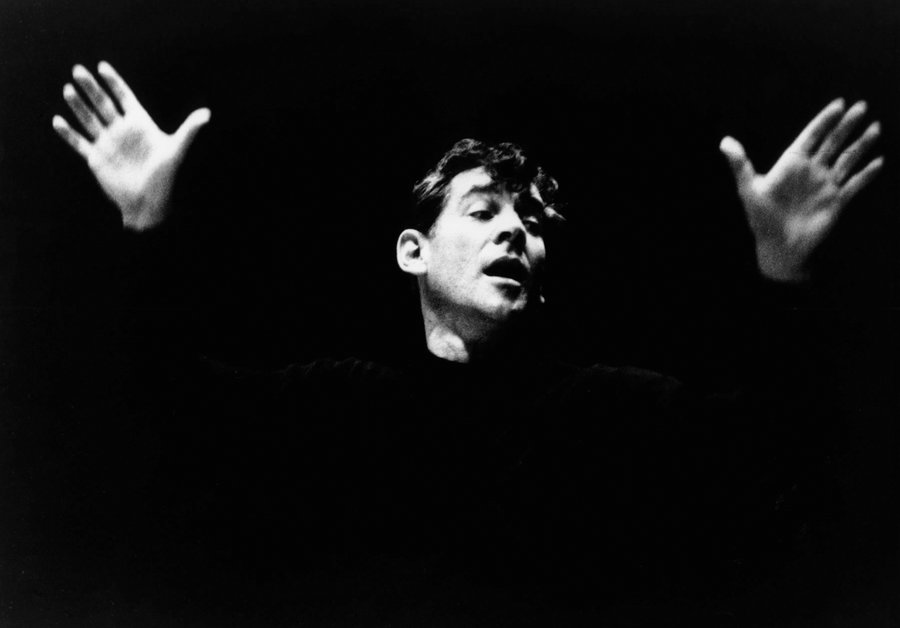