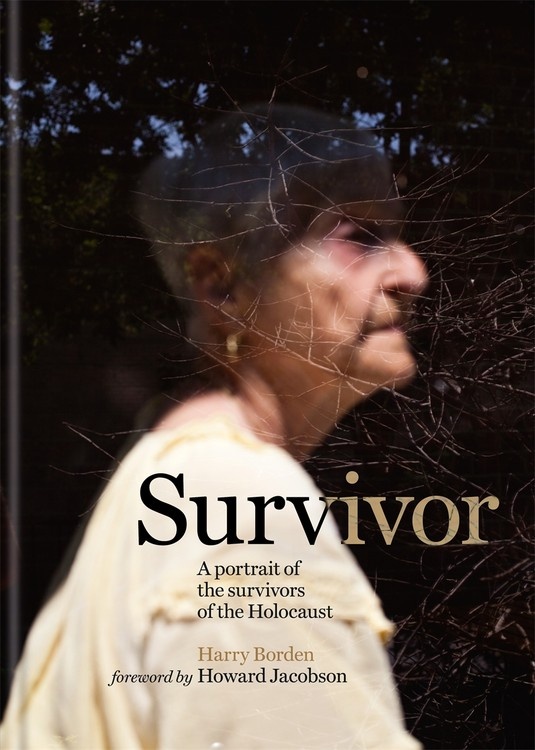 Peter Lantos has reached a “perfect moment of peace.” He feels “no pain, no anger and no hate.”

Leon Jedwab, on the other hand, says he “still lives with his nightmares.”

Adam Nathan Adams seems upset that he has lost his identity. “My name is Israel Nathan Melamed, not Adam Adams,” he writes.

Leah Ben-Dov, who lives in Israel, is happy with her big family — four children, 18 grandchildren and six great-grandchildren. She wants all people to think of themselves as survivors so that “evil is eradicated.”
It’s been “a long road,” says Ella Prince, that has taken her “from the gutters of my life in my early youth to the beauty and freedom of Australia, at my sunset.”

Lidia Vago terms Auschwitz “the Black Hole of our Planet Earth” and only death will be the “exorcist” of her memories.

Mayer Braitberg has nothing to say.

If you haven’t guessed, these people are all Holocaust survivors, picked at random from among the 100-plus people pictured in the book. Each has been captured on film (or digitally) by photographer Harry Borden, who spent five years on the project. Next to each photo is a hand-written short statement by its subject.

The back of the book presents short bios of the survivors, whose stories are as varied as their statements.
Lantos, of the “perfect moment of peace,” was a Hungarian Jew who was taken to the Bergen-Belsen camp in 1944 at the age of 5. He and his mother survived while his father starved to death. In 1956, his education was interrupted by the Hungarian Revolution against Soviet rule.

After graduating from medical school, he arrived in Britain with a year-long fellowship to study. When the fellowship ended, he defected, becoming an expert of diseases of the nervous system and a professor at the Institute of Psychiatry at Maudsley Hospital and publishing more than 500 medical and scientific papers.

After retiring, Lantos began a literary career, publishing a book based on his childhood (“Parallel Lines”), a novel (“Closed Horizons”) and several plays. He lives in London.

Vago, still haunted by her memories of Auschwitz, was taken to Birkenau in 1944 with her sister and mother. Her mother was murdered but the two sisters were pronounced fit for work and taken to Auschwitz as slave laborers in the munitions factory.

After Auschwitz was liquidated, they were brought to the Ravensbruk camp and then to a sub camp from which they were liberated. She returned to her home in Romania after the war, marrying, graduating from university and making aliyah in 1958 with her husband and two sons. She taught English in high school until her retirement.
Living in Petah Tikvah, Israel, Vago looks at her children, grandchildren, great grandchildren — and Israel — as revenge for her childhood suffering.

Although somewhat somber for a coffee-table book, which it resembles, this book presents a unique way of sharing the experiences of a most remarkable group of people.

Many of the photographs are stunning, as if, somehow, after a short conversation with each survivor, Borden is able to capture his or her essence. He shoots them in different formats — some are headshots, others show the person in a garden, under a painting, next to book shelves. Each setting seems to fit the individual. Borden is a remarkable artist.

The book does not, as its title advertises, present “a portrait of the survivors of the Holocaust”; it does, however, provide glimpses into the lives of some survivors and demonstrates once again — if such a demonstration is really necessary — our very human individuality.