One of the many areas of my job that I love doing is attending community events.

And when we reach the post-Shavuot time during the summer, typically the number of events heats up.

What I love about attending these events is that there are so many different Jews with different backgrounds, affiliations and connections. There is always someone new to meet who has quite the story to tell.

For instance at the JCCNV meeting, the event included an amazing display of the JCCNV’s cultural arts departments. Yes, there was plenty of business to speak of, but JCCNV realized just how important it was to take a few moments and show us what was going on in terms of programming. I loved the song and dance that we saw, and I know that everyone in the room loved it as well.

Then you go to the JCRC meeting and you listen to the emotion of Alan Gross being honored even though he is languishing in a Cuban jail. His wife Judy, who accepted an award on his behalf, told us that he had lost some 110 pounds. Worse yet, she told us, he was losing his spirit. That was heartbreaking, and needed to be said in the packed Washington Hebrew Congregation room. We support Alan, and we demand from the Cuban government that he be granted his freedom and returned home.

At the Jewish Federation of Greater Washington’s [email protected] event, we were able to let our hair down, listen to some funky Israeli music and really just walk around and find friends from the community. It was a delightful day and clearly showed the Washington area’s commitment to Israel as thousands showed up.

The Israel Bonds Ambassador’s Ball event, one of my favorite nights out, brought us closer to the reasons why Israel needs our financial support more so now than ever. I even said that last year. But with Syria being chopped up and the known hatred of Iran carried through by Hezbollah, Bonds works as hard if not harder than any other Jewish group to keep funds coming in to Israel.

Finally, last Wednesday I heard some difficult truths spoken from EMET’s podium at the Grand Hyatt Hotel in Washington, D.C. EMET does not sugar coat the information it shares with us. Our job is to make sure we take EMET’s  information and share it with our Jewish community friends and neighbors. And for that matter, our non-Jewish friends and neighbors as well. I enjoy the EMET evening, because I learn the difficult news there. And it gives me hope to listen to people who are putting it all on the line to fight Israel’s enemies. Locally, that person would be Sarah Stern, who brings this dinner and its speakers together for our consumption.

Just another couple of weeks in Washington’s Jewish community. Now we go through the remainder of the summer and before the summer is over we’ll be observing our High Holy Days.

Now is the time for Jewish summer camps to flourish on one side while we prepare for July 16 and Tisha B’Av. May your summer be warm, beautiful and productive. And remember, there’s always something positive happening in this greater Washington D.C. Jewish community. 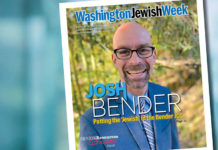 Read the May 5 WJW Digital Magazine by clicking here 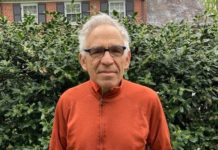 The politics of synagogue architecture with Bill Lebovich 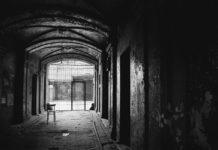 The Holocaust is not a metaphor