“Boker tov!” “Good morning!” Preschoolers and teachers greet each other hello as their Zoom boxes slowly fill up the screen. Preschool is about to begin.

This particular session is Movement Monday, from the preschool at Agudas Achim Congregation in Alexandria.

Parents have been instructed to create a line on the floor for their children to jump over — whether with tape, a yardstick or something else. For every preschool Zoom session, the parents are expected to have certain objects handy, such as a soup can, a ball and a crayon.

During the 30-minute session, teacher Christine Cridland leads 20 students in running around pretending to be a plane, balancing like a tree, and jumping back and forth over the line on the floor.

Other than “hellos” and “goodbyes,” the children are on mute. They show varying levels of interest, but the majority participate during the session.

When the preschool met in person, the daily session was three hours long. Preschool director Jen Halpern says they’re not trying to recreate the classroom experience.

The same idea is behind other Zoom preschools in the Washington area. The preschool at Congregation Olam Tikvah in Fairfax also keeps the Zoom session to under 40 minutes for financial reasons and to match the children’s attention span, said Cindi Drake, the preschool’s director.

“We get free Zoom for 40 minutes. Anything more than that I have to pay for. If we do have to do something longer, I use my Zoom account. And actually, for most of the kids, more than 40 minutes would be too much,” she said.

For some children, even 30 minutes can be too much.

“It really is a challenge to keep them engaged right now because they can get up anytime they want and just go running around, which you know is what they need to do sometimes,” said Sue Finger, a teacher at Agudas Achim Congregation.

Finger found a creative way to keep her students’ attention. Puppets. “And the kids really love the puppets,” she said.

Finger sees that she’s making an impact. Once, when she was greeting kids and about to start teaching, a child said he had to use the bathroom and told her to not start until he returned.

“I knew what I was doing was so important, at least to that child. He didn’t want to miss any of it,” she said.

For Rebecca Behrmann, a teacher at Congregation Olam Tikvah, the biggest challenge of Zoom school is trying to “read” the kids.

“If I’m at school and doing an activity with the kids, I can see right away if something is going well or not going well,” she said.

At the Agudas Achim session, a father does all the exercises with his child who is sitting in his lap. Some kids sit alone, fascinated by the camera and move it back and forth. But the majority seem to be sitting alone with parents somewhere nearby, listening in.

Hattie Gore and Robert Shapiro have a 4 year old enrolled at the Agudas Achim preschool.

“At first he thought all of his friends were together and he wasn’t there, but he realized pretty quickly that everybody was at home,” Gore said.

She said he’s excited to see his friends on Zoom, but sometimes doesn’t understand why he can’t go see them in person.

Still, some children are taking advantage of being at home by spending more time with their siblings. Jennifer Rheuban has two children; one attends Congregation Olam Tikvah and one will attend in the fall.

“In general, I think they are actually loving [being home] so far. They like to be home together, so I’m lucky I have two that are close in age,” Rheuban said.

Asked if there’s any silver lining to Zoom preschool, the two preschool directors have different perspectives.

Halpern of Agudas Achim Congregation says, “This has really challenged us to think about ways to do things differently, to really evaluate what is most important about what we do and how we can best replicate those experiences during this time.”

Drake of Congregation Olam Tikvah says, “No. There really isn’t. There’s no substitute for human interaction.” She adds, “Children need to be next to each other and with their teachers, but we’re doing the best we can.”

Lisa Woolfson is a Washington-area writer. 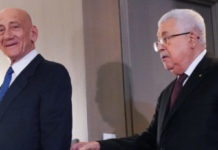