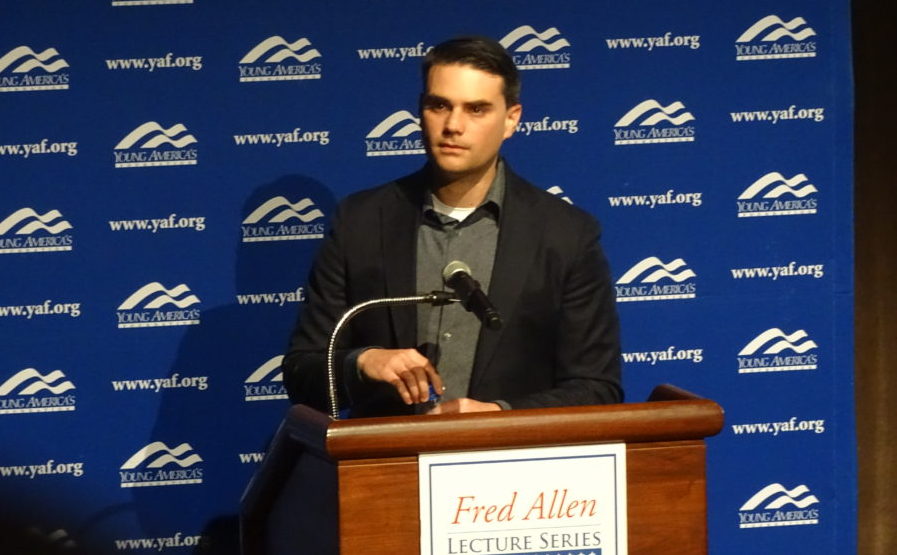 It’s a 5 ½-hour drive from Long Island to Washington, but Gitta Langer and her family made the trip last week to hear conservative political pundit Ben Shapiro speak at George Washington University.

“I’m a big Ben Shapiro fan,” said Langer, 23, surrounded by her parents and brother. “I’m a conservative and I believe about free speech on campuses and furthering that.”

Most of the 425 people who came on Jan. 17 to hear Shapiro, who is Jewish, were GWU students and didn’t have to travel so far. But they had to move fast. Tickets sold out within 15 minutes of going on sale in December.

And Shapiro, 35, who the next day would headline the March for Life, delivered.

He told them why the Left’s views on practically everything were wrong. He mockingly imitated Sen. Bernie Sanders (I-Vt.). And he received cheers in return.

“And if wasn’t racist when Nancy Pelosi and Chuck Schumer were voting to fund it a few years back, I don’t see why that’s magically changed just because Donald Trump is president.”

“The U.S. is the most magical place in world history,” he said. “If you want a chance to rise in the world…there is no place like the United States.”

That morning, someone had plastered the campus with posters showing Shapiro’s face marked with an “X” and warning the conservative Young America’s Foundation, which hosted the event, to “get security.”

But the closest anyone got to derailing Shapiro’s talk was a student, who identified himself as a socialist, who tried to debate Shapiro during the question and answer session.

“What is so immoral about believing that a worker is entitled to the full value of their labor?” the student said.
“I’m wondering why a worker is not owning his labor when he freely chooses to alienate that labor in exchange for pay,” Shapiro replied. “My problem with socialism is that someone is subjectively deciding the value of your labor.”

There were plenty of students wearing kippot in the audience. Those who lined up to ask Shapiro a question made it a point to tell him they were Jewish.

“Do you believe that constitutional rights such as the First Amendment are natural and inalienable rights? If so, shouldn’t they be applied to non-citizens,” one asked. “Also will you please sign my yarmulke?”

To which Shapiro answered, “Yes, but they have to be protected by a government” and “Yes.”