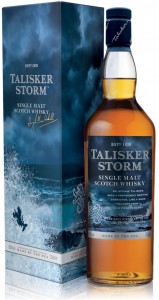 Winemaking is a complex, time-consuming and often expensive endeavor. The inherent risks of dealing with the vagaries of weather, yeasts and market forces would seem to favor a more formulaic approach to making wine. Fortunately, some winemaking folks not only tinker with how they make wine, but also sometimes experiment with uncommon grape varietals.

Alicante bouschet is one of the few red-skinned grapes that has a red pulp underneath and also produces red juice without needing skin contact. A cross between grenache and petit bouschet, it was first cultivated in France in 1866 by Henri Bouschet (his father, Louis, created petit bouschet in 1824), though it has been successfully cultivated Portugal, Spain, France, parts of Italy and at one time in California. Indeed, California-planted alicante bouschet was a preferred grape of many East Coast American home winemakers during Prohibition, but its popularity diminished in favor of more disease-resistant and flavorful red varietals such as cabernet sauvignon and merlot. After that, it was mostly just used in America to add color to lighter wines or as part of bulk bottlings.

Alicante bouschet can produce fine and not merely bulk wine, but to do so takes some effort. For example, to concentrate flavor, growers would need to reduce the high yields by extensively removing grape bunches during summer (known as “green pruning”), thereby concentrating the vines’ efforts on the remaining bunches. It also requires some additional vigilance to avoid oxidation during fermentation. Such efforts cannot, obviously, guarantee profundity or brilliance, but they certainly increase the chances of alicante bouschet producing very enjoyable wine. Besides, it’s always fun to try something new, especially when it reflects the diverse and fascinating history of grape fermentation.

Consider, for example, the Weinstock Alicante Bouschet 2010 from California’s Mendocino Valley. This mevushal kosher wine is a savory and spicy delight that opens with floral and dark fruit aromas. Notes of licorice, black cherry, cranberry and chocolate predominate with accents of earth, cloves, pepper and vanilla oak. The finish is long and spicy. As a likely unfamiliar varietal, it might also stimulate conversation around the table as well as pair well with the typical complex flavors of the holiday meal.

Despite the fact that the Isle of Skye is simply an island, not a region, and that “West Highland” was not previously ever a separate region, and the collection has nothing to represent the Campbeltown region (since UDV didn’t own any Campbeltown distilleries), the campaign was a huge success. Indeed the “Classic Malts” marketing clearly helped foster greater interest in single malts in the United States, and likely contributed to much of the most unfortunate snob appeal. While not all of these whiskies are equally exceptional, they are all very drinkable and two — Talisker and Lagavulin — are among Scotland’s greatest contributions to the world of whisky.

Talisker in particular has always held a certain place of honor. For one, it is the only distillery on the Isle of Skye (which is why it can hardly be said to be a “region”). For another, it was also the favorite whisky of Robert Louis Stevenson, author of such classic works as Treasure Island and the Strange Case of Dr Jekyll and Mr Hyde. Stevenson even enshrined this in his poem “The Scotsman’s Return From Abroad” when he wrote “The king o’ drinks, as I conceive it, Talisker, Islay, or Glenlivet.” (At this time Glenlivet was the popular name for a part of Speyside, so this reference was likely to the region, like Islay, rather than to the distillery of the same name.)

Founded in 1830 and built in 1831 on the Isle of Skye, the largest and most northerly island in the Inner Hebrides of Scotland, the Talisker Distillery was completely rebuilt in 1962 following a devastating fire in 1960. The name Talisker is derived from Scots Gaelic “talamh sgeir” or “talaisgeir” meaning “land of the cliff/sloping rock” — a reference, presumably, to rocky cliffs near the distillery on the edge of Loch Harport in Carbost. The name also points to the Norse roots of the Isle of Skye, the Norse “T-hallr skjaer” means “loping rock/land of stones.” Skye’s history is replete with Norse invasions, struggles between the various Scottish monarchs and the various local Lairds, and regular clan battles as the MacLeods, MacDonalds and Mackinnons routinely chafed at each other’s holdings. The MacLeod clan, of mixed Norse and Gaelic descent, is dominant today. Talisker whisky, for at least the last 80 years, has also been a major component of the Johnnie Walker family of blends (also owned by Diageo).

The newest Talisker to hit these shores is non-age statement (or “NAS”) release called Talisker Storm. The practice of releasing NAS single-malt Scotch whiskies is a growing yet still slightly controversial trend — though a basic necessity for the industry to continue to meet seemingly ever growing global demand with product that requires a minimum of three years of maturation just to be legal, and typically three to four times that just to be deemed acceptable by consumers. By removing the age statement, producers can get more creative in setting and fulfilling consumer demand, as NAS whiskies allow producers tremendous flexibility to release products that are true to their distillery character or brand without the limitations of the trade regulation’s minimum age rules (stipulating that any declared age must reflect the youngest constituent whisky used in production). Some whisky geeks, having grown accustomed to the simplistic formula that old = better = expensive, and so consider NAS whiskies as some great hoodwink that passes off horrible, too young whisky on loyal fans or unsuspecting drinkers. To our minds, such monsters-under-the-bed types have simply too much time on their hands; all that matters to us is whether the whisky is any good, and whether it’s worth the price. Thankfully, Talisker Storm delivers both as a whisky, and in relation to the mighty Talisker brand.

Talisker Storm Single Malt Whisky (45.8 percent abv; $66-$75, so shop around): this hugely enjoyable whisky is a younger, somewhat feistier Talisker, offering dramatic oomph, character and some robust flavor with aromas of honey, apricot, citrus, banana, tropical sweet fruits, pear, sweet malt, fresh biscuit and honeysuckle, all nicely balanced by light peat and smoke, brine and pepper. To these aromas, the flavors follow sympathetically, but with more peat, smoke and brine than usual, and also with some prickly black pepper, and clove and a little burnt caramel. Rich and creamy with a balancing tang and a touch of alcoholic heat, the slightly one-dimensional, clipped finish is the only underperforming component of this decidedly delicious whisky.

Talisker 10 year old Single Malt Scotch Whisky (45.8 percent abv; $50-$65, so shop around): This is an energetic, vigorous, thunderous whisky, with billows of peat smoke, brine, iodine, mothballs and sweet citrus fruits on the nose, followed by oak-softened, though still edgy, black pepper, rich dried fruits, malted barley, toffee, another waft of peat smoke, and traces of licorice and honey, all of which powers through towards the balanced, warming, mildly smoky, slightly spicy and absorbingly unvanquished finish. Bold, vibrant, unique and complex with a little undertone of sweetness — this may very well be the essence of Scotland in a bottle. L’Chaim!