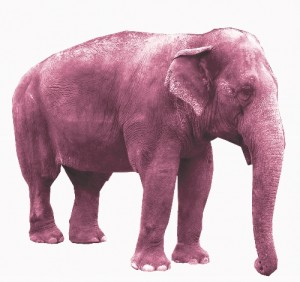 The camp appears divided by the Freundel mikvah scandal, with large numbers publicly asking for the first time: who should be in charge of the women’s mikvah?

One side sees rabbinic control of the mikvah as inherently ripe for abuse (and therefore to be per-se abusive) merely because a man is in control of a facility used by women. This side’s champions are left-leaning Orthodox organizations such as Nishmat, which has, for example, already been, for years now, unilaterally ordaining Orthodox women rabbis who answer (among other things) nidah questions. (Ahem. They are NOT rabbis. That label would be offensive and inappropriate. They use the non-threatening Hebrew term “halachic advisor,” which, as a practical matter, means the same thing.)

The other side sees the system as working like it always has, and the Barry Freundel case an unfortunate failure. They see the God-given halachic system as subject to micro-adjustment over the course of centuries… maybe.   In any event, they do not see the foibles of a rogue American rabbi with a fetish as a challenge to what has worked since the Exodus. Revolution versus Tradition! Risky upheaval versus the steady hand!

So who should be in charge of the mikvah? Paternalistic tradition or feministic revolution? That’s the debate that’s being presented. And everyone is extremely emotional and upset and has a strong opinion but is unable to logically explain precisely what’s bothering them so much.

Because that’s absolutely not what’s actually being discussed.

But this issue is of absolute number-one priority importance to Orthodox rabbis of all branches of Orthodoxy — of every hat, shtreimel, kipa color, knit and style. They all know exactly what the issue is, and they are united in quietly stonewalling calls to allow women to be in charge. This is line-in-the-sand stuff! And this isn’t the first time women have challenged that authority. It’s just the first time they have challenged it in large numbers. And they are getting push-back. Over an issue that doesn’t even exist in the classical codes of Jewish Law.

I invite you to consider a simple question that everyone who understands the issue desperately wants to avoid: What is there at a mikvah to be in charge of? Before you jump on the issue of privacy or security, take note that there are millions of woman’s showers, bathrooms, locker rooms, and similar facilities all over the U.S., Canada, Europe, and Israel that are unlocked, unguarded, and often don’t even have a door — and voyeurism hasn’t been an issue.

Privacy is a major issue in today’s world, but it’s not just in the mikvah — it’s everywhere. It’s Snowden leaking tidbits about the NSA gathering information about us through Google and Facebook, it’s your indelible “digital footprint,” it’s the well-founded feeling many people have that everything, everywhere is subject to being recorded. But the collective reaction to Freundel’s voyeurism arrest goes far beyond expressing a desire for privacy. Most reactions address the issue of control. So…. What is there to be in control of at a mikvah?

Most mens’s mikvahs have a combination lock to which members have the code. There is never an attendant. Some are even coin operated. Some are just… open, like any other public restroom. The proverbial elephant in the (mikvah) room is now officially out in the open, running around the parking lot, stepping on cars.

In the Orthodox mind, sex, and anything sexual, is Wrong — with a capital “W”. To those outside the religion, this concept of sexual morality may seem anachronistic or quaint, or even neurotic or absurd. To those inside, it is a very experiential matter of consciousness and connection with the Creator.

In a loving marriage, mikvah immersion really is a spiritually profound experience for both the wife who immerses and the husband waiting at home. She comes to him with Light around her, glistening — the difference between a normal drinking glass and fine lead crystal. It’s wonderful.

In recent years, a small but rapidly growing percentage of committed Orthodox Jews have begun taking note that “marriage” does not appear to be prerequisite for “marital relations” according to most medieval commentators (Rambam is only notable objector). As a result, unmarried women have begun showing up at the mikvah. This “phenomenon” has caused an unprecedented circling of the wagons in the rabbinic community, and is definitely the driving force behind the “authority over the mikvah” discussion. For example, in the past few years, the Israeli Chief Rabbinate (along with essentially every other rabbinic group worldwide) has issued some sort of blunt directive to the “mikvah ladies” to interview anyone who shows up… and make certain they are married

Before you start nodding in approval, understand that there is only one halachic reason a mikvah lady has ever been sitting there waiting for women to show up: to observe and verify that she fully immersed in the mikvah. That’s it. There’s no talent or training required here, other than being Jewish, female, religiously observant and having reasonably good eyesight (glasses are fine). But if a woman wants to bring her best friend along instead, what’s the issue?

For many years, women have on-(but-mostly-off)-the-record complained about officious mikvah ladies. I’ve heard countless stories of women getting nudged to discuss their personal story if they are from out of town… or tales of incredibly …umm… pro-active offers to “help” with pre-immersion preparations…. and perhaps worst of all, impatiently nudging the woman to “just-hurry-up-and-dunk-already” while she was praying prior to immersion.

Nudge is a uniquely Jewish word. I think you have to get nudged while fervently praying, contemplating the holy soul you long to bring down into this world, chest-deep in a mikvah, on a Friday night, in a still, silent, sacred place, alone with God (and the mikvah lady nudging you, who just wants to go home and eat already, and who you happen to know has six kids)… to really understand nudging.

But I’ve also heard stories of terrific mikvah ladies, who make women feel so relaxed and comfortable that they truly facilitate a better experience. Unfortunately, most of those terrific stories were from five or 10 years ago. There has been a definite shift toward deputizing mikvah ladies as gatekeepers, and this imposition of authority has had a subtle but palpably distasteful impact.

The thing I keep hearing is that women want personal empowerment. In its clean, ideal expression, this means pure expression of the whole self. A very positive goal. Only second to the Oneness of God in Judaism is the idea of a personal relationship with God. Meaning, a personal relationship, with no intermediary. These two concepts are the first two of the Ten Commandments.

The technicality of whether over-reaching control is an “idol” per the Second Commandment isn’t the issue; the point is that there is barrier women are reacting to, and they’re right.

See also: In the sukkah of Rabbi Barry Freundel