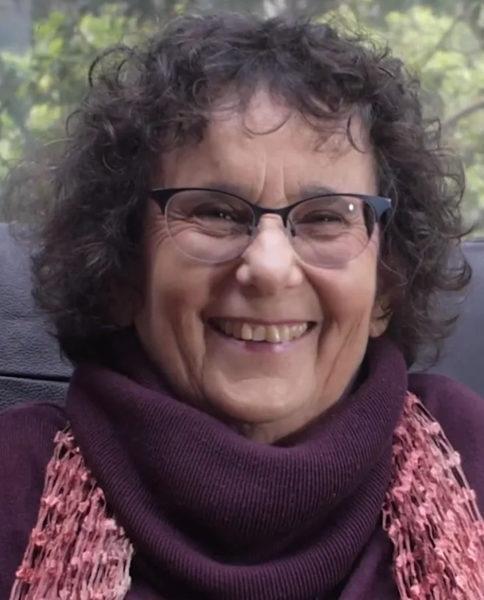 It was dawn in one of the children’s houses on Kibbutz Kfar Ruppin when Rachel was awakened by her two friends with the news that Sammi had wet his bed again.

The four 4 year olds shared a room and knew what to do when Sammi had his accidents.

The house, with several bedrooms, had a laundry room. Rachel brought out a clean bottom sheet, a slipcover for his blanket and pajamas. By the time she had returned to their room, her friends had stripped Sammi’s bed.

The smell of urine wasn’t really strong but, Rachel Biale writes, she “experienced it as overpowering, not in my nose but in my heart. Shame — on Sammi’s behalf — as if it were an entity standing on its own, right there in the middle of the room.”

They quickly made up the bed and gave the boy his fresh pajamas. Then one of the kids made a bundle out of the soiled linen and nightclothes and deposited that small package at the bottom of the laundry hamper, making sure that it was covered with other clothes so the metepelet, the kibbutz woman charged with caring for the children at that house, wouldn’t see or smell it. 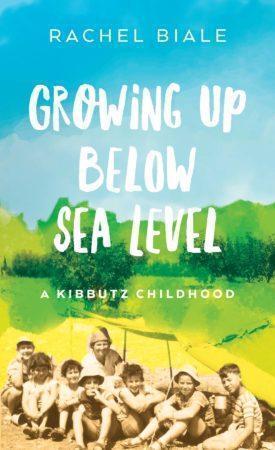 Years later, Biale met Sammi after he was drafted and was serving with an elite unit in the IDF. The first night on the base, perhaps due to his nervousness at being a new soldier, his problem returned. “I could have used you … and the others from our kindergarten room,” the young man told her.

This story of great compassion is one of the fascinating vignettes that comprise “Growing Up Below Sea Level.” This delightful book paints illuminating portraits of the Jewish state and kibbutzim in the 1950s and ’60s.

Biale is a longtime psychotherapist, educator and writer in the San Francisco Bay Jewish community. During her Israeli childhood, she lived in a non- — even anti- — religious community. Nonetheless, children on Kfar Ruppin, in the Beit She’an Valley in northernIsrael, celebrated their bar/bat mitzvah as a coming-of-age event.

She and her fellow b’nai mitzvah kids had to complete 12 tasks taking on “adult responsibilities,” such as working a full day in one of the kibbutz branches, teaching an elementary-school class and doing guard duty with the night watchman. She also had to take a bus to Haifa, the closest big city, and make four purchases for kibbutz members, making the proper payment at each of the four stores. (Taking buses, buying things in stores and paying for them were not the kinds of activities that kibbutz children ordinarily undertook.)

Her final task was to spend a weekend on a religious kibbutz. On Friday evening, she went to that kibbutz’s synagogue — her first time in a Jewish house of worship.

After Friday night dinner on her kibbutz, the kids would gather together for singing and dancing; at the religious community at which she was a guest, it was for a discussion of the weekly Torah portion.

During that learning session, the counselor leading it asked her how she thought God looked upon human activity. Before her “internal censor” came into play, she “blurted out” that the question lacked meaning as “there is no God.” That insensitive remark quickly ended the session — and made her persona non grata with her hosts.

In another insightful vignette, her father was invited to go to the United States for one year to help rewrite textbooks. He would take his family with him.

After going to the American Embassy in Tel Aviv for their visas, the family visited Jerusalem. It was right after the Six Day War and half the country was going to see the newly liberated Old City. Growing tired of long delays in getting there, Rachel asked her parents why they had not waited until later to visit.

Her mom’s answer reveals much about Israeli thinking after that war. They were going to America shortly, she said. “By the time we come back — in a year — it will have been returned to Jordan as part of the peace deal. And then it will be much harder to visit.”

Both the country and communities such as Biale’s have been transformed so much that they are almost unrecognizable when compared to their counterparts 60 years ago.Aaron Leibel was an editor at The Jerusalem Post and Washington Jewish Week. His novel, “Generations: The Story of a Jewish Family,” which spans 1,500 years and three continents, is available online.