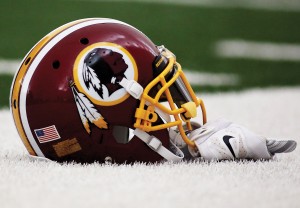 The NFL season is approaching with the defending Super Bowl XLIX champions, the New England Patriots, hosting the league’s annual kickoff game against the Pittsburgh Steelers on Sept. 10.
Although Howard County, geographically, lies between Baltimore and Washington D.C., locals seem to favor the Ravens over the Redskins.

“Central to northern Howard County is heavily Ravens [fans], and southern Howard County, around Laurel, is more Redskins,” said Eric Tanenholtz from Bet Chaverim Congregation, who is a lifelong Redskins fans. “I’d say, anecdotally, between people I know and the amount of Ravens materials displayed countywide, it is a 70-to-30 split favoring the Ravens.”

Tanenholtz said although the past few years have been difficult for the Redskins, his childhood memories of players such as John Riggins, Darrell Green and Art Monk, the former wide receiver who was inducted into the NFL Hall of Fame in 2008, keep him going. Jonathan Goldberg, also a member of Bet Chaverim, is a lifetime Ravens fan and agrees the community favors the boys in Baltimore.

For some, including Tanenholtz and Goldberg who grew up in Potomac and Baltimore, respectively, their team support is based on their hometown.

“Any time it’s Packers game day you’ll find me wearing my Packers yarmulke,” said Rabbi Daniel Plotkin from Beth Shalom, who is a native of Milwaukee, Wis. However, his congregation does not share his sentiment. “This congregation is very Baltimore oriented.”

Plotkin said he has seen a variety of fans in the community including Ravens, Redskins, Cowboys and Eagles.

“I’m originally from Philadelphia so I really like the Eagles,” said Dave Yanovitz from Columbia Jewish Congregation. “Being here for 15 years, I follow the Ravens, but from the look of the congregation, I notice a lot more Ravens jerseys on Sundays during Hebrew school.”

Henry Rossman, from Bet Chaverim, lives in Columbia but has had season tickets to Ravens games since the team moved to Baltimore in 1996, when then owner of the Cleveland Browns Art Modell relocated the franchise.

Similarly, more than a decade before that move, in 1984, the Baltimore Colts relocated to Indianapolis.

When asked who he supports, Rossman smiled and said the question was hardly necessary while motioning to his Ravens baseball cap.

“The president of our synagogue [supports] Cleveland teams,” said Rossman. “We forgive him, but we love him anyhow.”

Marty Leshin is the president of Bet Chaverim.

“I’m a frustrated Browns fan because we just never seem to get there,” said Leshin.

“My son is a frustrated Redskins fan.”

Despite being a long way from Ohio, Leshin is not alone in his support of the Browns.

She has stayed loyal to her hometown.

“I’ve seen Jim Brown play,” said Groman, referring to James Nathaniel “Jim” Brown, former fullback for the Browns who was named the greatest professional football player by Sporting News in 2002. “I live a sad existence as a Browns fan because we don’t ever do well anymore.”

Regardless of where the support lies, Plotkin thinks Howard County has a healthy sports culture.
“[Sports] get in the way of things for Judaism at times, but even people with different sporting views can come together,” said Plotkin. “Especially when the Packers beat the Ravens in the Super Bowl this year.”
[email protected]