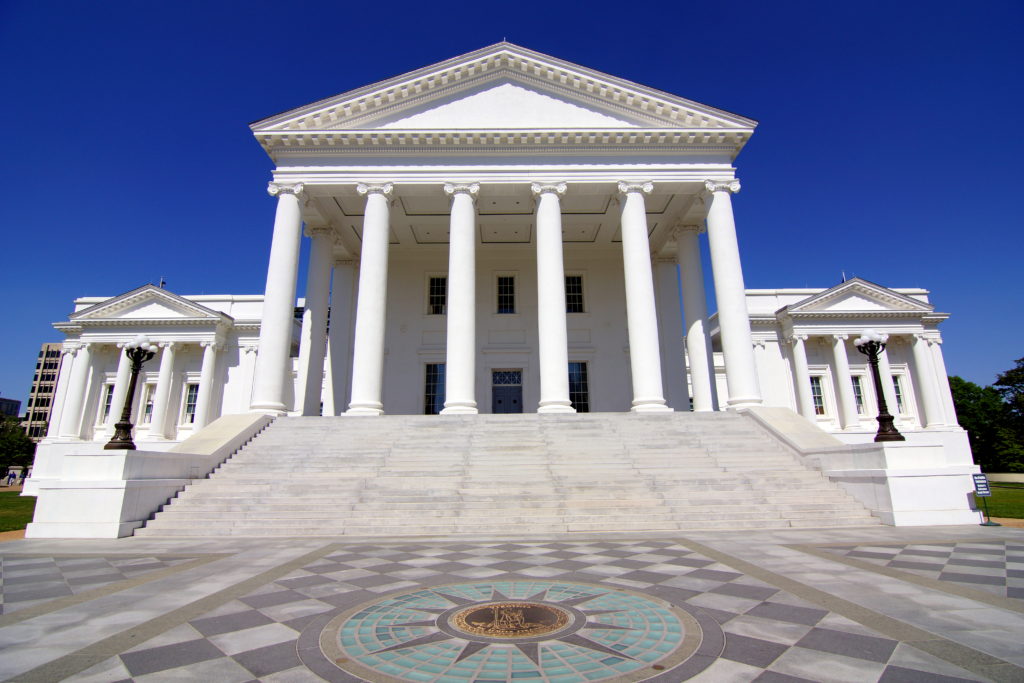 As 30 Northern Virginia residents prepared for this year’s Jewish advocacy day in Richmond, it became clear that they would be playing defense when they arrived at the state capitol.

Many bills that the JCRC favored during the current session already had been rejected by the legislature, said Darcy Hirsh, director of Virginia government and community relations for the Jewish Community Council of Greater Washington.

The JCRC held a briefing on Feb. 1 at the Jewish Community Center of Northern Virginia for residents attending its annual advocacy day trip scheduled for Feb. 8. In Richmond, participants were to have met with state legislators, Gov. Terry McAuliffe (D) and Attorney General Mark Herring (D) to voice their concerns about upcoming legislation.

These are four issues the JCRC and its supporters in Northern Virginia were planning to lobby either for or against while in Richmond.
Religious freedom, solemnization of marriage

These bills allow religious officials to refuse to perform wedding ceremonies if they violate a “sincerely held religious belief.”

So-called “pastor protection acts” have been popular in state legislative bodies since the Supreme Court ruled in 2015 that states are required to issues licenses for same-sex marriages, Elise Aguilar, federal legislative counsel at Americans United for Separation of Church and State, said at the briefing.

The AUSCS is a coalition partner of the JCRC that works to stop legislation that could violate the separation of religion and state.

This protection was already in place via the First Amendment, but the Virginia bill includes vague language that could expand the protection beyond clergy.

“The bill defines ‘person’ as any … organization supervised or controlled by or operated in connection with a religious organization,” the bill read.

The JCRC opposes this bill because the language is broad and businesses, such as wedding venues, could use it to discriminate against groups such as same-sex couples, Aguilar said.

The bill, passed last year, was vetoed by McAuliffe.

Proof of citizenship required to vote in certain elections

This bill would require voters to show proof of citizenship to vote in state and local elections; those who do not show proof may vote only in federal elections.

“Voter access is a key issue that we took on as a flagship issue this year,” Hirsh said. This bill is “another barrier to people who may have difficulty obtaining paperwork.”

Hirsh added that voter identification laws are already “very onerous,” and some people cannot afford to purchase a government-issued ID.

“Requiring proof of citizenship on top of a state-issued government ID is just another barrier,” Hirsh said.
The JCRC also opposes SJ 223, which permanently strips violent felons of the right to vote, and SB 871, which would require “any individual or organization that will be distributing and collecting voter registration applications to register as a third-party registration group with the Department of Elections.”

People distributing or collecting the applications would have to attend a state-mandated training session.

“We’re certainly not against oversight,” said Hirsh, referring to SB 871. “But we believe this process creates several barriers for people” who are helping people register to vote.

She added many voter-registration drives happen at the last minute, and many potential volunteers might not have time for the training.

These accounts would be opened by parents who pull their children out of public school. Parents could use that money on expenses such as private school tuition, tutoring, textbooks and other supplies related to their child’s education.

Aguilar said this violates the separation of church and state because parents could use taxpayer funds to enroll their children in a religious school.

Celebrating the life of Elie Wiesel

Delegate Eileen Filler-Corn (D-41), along with bipartisan co-sponsors, introduced this bill to formally recognize and honor the life of Elie Wiesel, the author and Nobel laureate, who died last July.

The resolution calls Wiesel a “Nobel-prize winning author and educator who was a stalwart champion for people in need throughout the world…[this resolution will be presented] to the family of Elie Wiesel as an expression of the General Assembly’s respect for his memory.”

Said Hirsh: “By passing a resolution honoring our hero and leader Elie Wiesel, the General Assembly sends a strong message not only to the Jewish community, but to the entire Commonwealth that the Wiesel is a hero and model to all, and that no one should have to experience the suffering he endured.” n