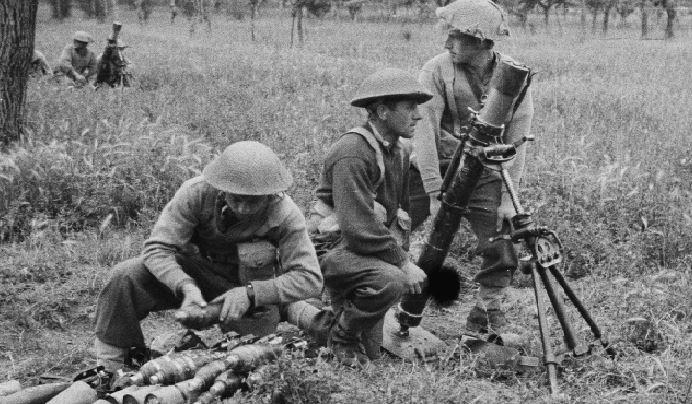 Toward the end of January, every year, the world looks back in remembrance as we commemorate International Holocaust Remembrance Day.

The date, Jan. 27, was chosen because on that day in 1945, Auschwitz-Birkenau, the largest of the Nazi death camps, was liberated.

The anniversary not only allows us to remember those who lost their lives as well as those who were displaced over the course of the Holocaust, but it also provides us with an opportunity to look at its events from a different perspective.

One establishment that aims to do this is the Museum of the Jewish Soldier in World War 2, based in Latrun, Israel, near the site of the Yad La-Shiryon, Israel’s official memorial site for fallen soldiers from armored corps. The museum is being constructed to commemorate the memory and sacrifice of the Jewish soldiers who contributed to the war efforts against Nazi Germany during World War II.

The ultimate goal of the museum is to remind people of the role that Jewish people played in helping to end Nazi tyranny in Europe and beyond. Many people are unaware that around 1.5 million Jews fought in the Allied forces, ghettos and underground groups with several hundred thousand receiving medals for their bravery and sacrifice.

One such soldier is Arthur Aaron, a pilot in World War II who was awarded the Victoria Cross in recognition of most conspicuous bravery. Born in Leeds in 1922, Aaron was a pupil at Roundhay School and later went on to study architecture.

At the age of 21, Aaron was captain and pilot of a Stirling bomber of the No. 218 Squadron of the Royal Air Force, based at Downham Market in Norfolk, England.

During a raid on Turin, Italy, on Aug. 12, 1943, the aircraft was hit by gunfire. Several crew members were wounded and the navigator, Canadian Cornelius A. Brennan was killed. The aircraft was heavily damaged and Aaron was badly wounded. His jaw was broken, his lung hit and his right arm heavily injured.

Despite his terrible injuries, Aaron managed to level the aircraft out at 3,000 feet and guided the bomb aimer, enabling him to fly the plane to Bone Airfield in Algeria. With a crew of seven remaining, Aaron saved the crew and his aircraft. He died nine hours after the aircraft touched down safely in Algeria.

In the 2005 words of the late Israeli Prime Minister Ariel Sharon: “I doubt if there is another nation who mobilized such a high percentage of its sons and daughters for the military efforts against Nazism.”

It is part of the museum’s endeavor to educate people to the fact that Jewish people were not just victims in World War II. Those who could do it, fought back.

Memories of the Holocaust and its atrocities are, of course, especially painful for the Jewish people, and humanity as a whole. It is our hope that by educating people and encouraging them to remember the efforts of Jewish soldiers during World War II, we can help people to remember and celebrate the extraordinary courage that the Jewish soldiers showed in the face of treacherous danger and hatred.

The museum will become an international research and education hub with the focus of highlighting the contributions of Jewish soldiers in World War II. It will comprise of several spaces and wings presented chronologically, with details of the armies and the fighting organisations starting from September 1939 and ending with the Japanese surrender in September 1945. The museum will chart the story of Jewish soldiers from more than 20 countries who fought in World War II including forces from Great Britain, Australia, the United States and France.

These soldiers will be remembered in the museum, so that future generations will never forget their courage, bravery and sacrifice.

Maryana Greenberg is president of the Friends of the Museum of the Jewish Soldier.

All we have to do is try

It’s okay to be angry