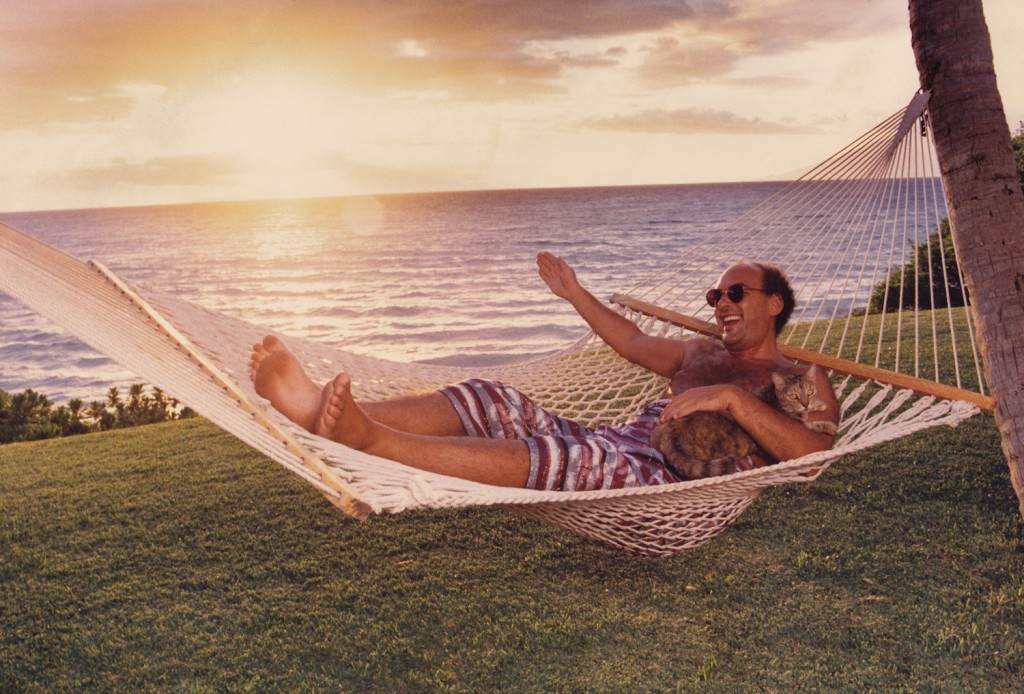 And those were just the Jews.

Gordon was 22 and Groucho’s co-manager, with Erin Fleming, when she took him to a meeting with a music executive in 1972. The comic icon’s mercurial late-in-life companion berated and cursed A&M Records co-founder Jerry Moss, until he asked Gordon outside for an explanation.

“Groucho can’t afford his nurses,” Gordon said, “and you have an album coming out with him [An Evening With Groucho, recorded live at Carnegie Hall] and I thought maybe you’d give him an advance, because you have a way to recoup it.”

Moss wrote a large personal check and handed it to Gordon. “I’m only going to ask you one thing,” he said. “Don’t bring her back.”

Gordon laughs with pleasure at the recollection, noting that they are friends to this day.

The lively and affectionate Supermensch, which opens today, assembles Michael Douglas, Sylvester Stallone, Emeril Lagasse, Alice Cooper – Gordon’s first and longest-tenured client and friend – and others to describe the path and character that led a gangly New Yorker to wind up cooking dinner for the Dalai Lama.

Or, to put it another way, how a nice guy finished first.

“I give all credit to my DNA and my cultural background,” says the New York native. “A lot to my father, but I think it’s much broader than my father. I think that there’s a strain in many Jews of being social liberals, and that’s one of the things I love about being Jewish is so many people I meet who are Jewish actually care about other people.”

Gordon says he was very vocal with prospective clients that other managers could make them more money. His particular talent, which he deployed on behalf of Alice Cooper, Teddy Pendergrass, Anne Murray, numerous other performers and countless celebrity chefs (a category he pioneered, without compensation), was making people famous.

“I always felt that my social liberalism didn’t come from consciousness,” Gordon muses. “By cause and effect it came from DNA. That it was beyond me, there was nothing I could do about it. So many times, like the chefs, I was not going to do that. I knew they had this need, for somebody to make them famous. I was not going to be that guy, and at some point the consciousness went away and the DNA took over, and they needed help and I could help them. That’s Jewish.”

Gordon laughs again. “Maybe not doing it for free, that might not be Jewish.”

He turns serious at the mention of hard-nosed Holocaust survivor and promoter Bill Graham, who booked and ran the Fillmore Auditorium in San Francisco, among other venues.

On one occasion, Graham called to object to Pendergrass playing a competing Bay Area venue. Gordon phoned Teddy, explaining Graham’s background while making it clear that his offer was for less money and might provoke a lawsuit from the original promoter.

Pendergrass didn’t hesitate for a second, nor did he ever bring it up to his manager. “If it’s important enough for you to make the call,” he told Gordon, “we’re doing his show.”

A touching tale, but the capper is Graham withheld a portion of the fee because he was dissatisfied with the sound quality of Teddy’s show. Gordon was unable to change Graham’s mind and made up the difference – without Teddy ever finding out – from the safe of Carlos and Charlie’s, a restaurant he owned in nearby Tiburon.

“That was difficult,” Gordon sighs. “But I was glad I did it. I would do it again. I understand the tattoo wasn’t just numbers, this was a guy who lived a life, for all of us. The scars he had, I could never in my wildest dreams ever approach, so God bless him.”

As for Streisand, suffice it to say that a wary Gordon’s perception – based on hearsay – that she was tough and demanding was erased by her gracious behavior as a guest at Gordon’s house in Maui with her husband.

If one needs more evidence that Gordon is no more than two degrees of separation from anyone in show business, Marvin Hamlisch had relationships with Erin Fleming as well as Carole Bayer Sager, one of Gordon’s clients.

“I moved his piano more times than I like to think of,” Gordon says, this time without a smile.