Brightly colored stripes, spots and snowflakes flash in the air. The sounds of scissors cutting through paper and tape being pulled from dispensers fill four rooms at Sharon Levin’s house in Arlington.

Ahead of the holiday season, about 45 women have gathered here to wrap presents — 2,000 of them — that will be sold at Judy’s Place. It’s a pop-up holiday store at Temple Rodef Shalom in Falls Church where children can buy already-wrapped gifts for family members.

The idea is for kids to “be able to give their parent a wrapped present without their parent knowing what it is,” says Jackie Rockman, who is supervising the effort.

What was called the “Children’s Holiday Shop” began in 1985. Member Judy Goldstein led the effort, which was renamed Judy’s Place after her death in 1997.

When she started running the program four years ago, Rockman thought it was time to upgrade from small gifts like erasers and nail polish.

“I thought, if you’re going to do this make it a real service and have real items,” Rockman says.

Before, people would just come to the shop to support the synagogue, says Vicki Nelson, the sisterhood’s vice president of fundraising.

“Now, people come in to buy what we have,” Nelson says, adding that they now accept credit cards. “We have taken this little shop and turned it into a business.”

A portion of the funds is donated to a charity, which the sisterhood votes on after assessing the profit. In recent years, the Women of Temple Rodef Shalom donated money to hurricane relief efforts in Texas and Puerto Rico.

Presents like basketballs can be challenging to wrap, says Laura O’Connor, but for this seasoned veteran, simple square presents are easy.

“You should be able to wrap a gift with three pieces of tape,” O’Connor says. 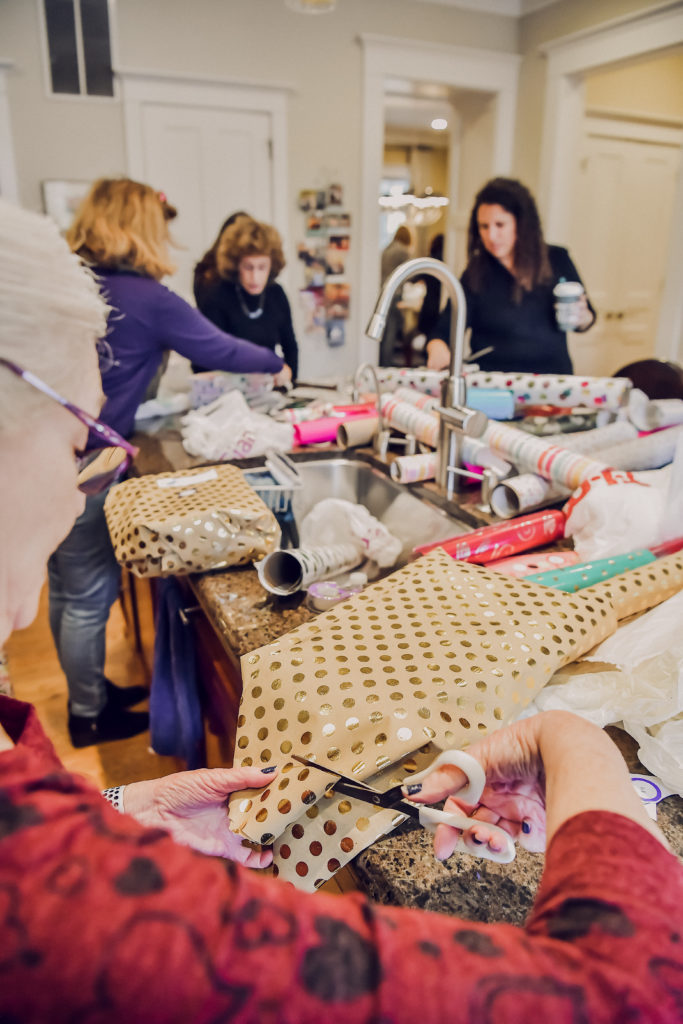 Each volunteer brings a food dish, a roll of tape, a pair of scissors and three rolls of wrapping paper. The patterns have to be generic, not pointing to Chanukah or Christmas — a consideration made for the congregation’s interfaith families.

“We purposely make it nondenominational so as not to offend,” says Josie Hertz-Ackerman, a volunteer from Reston. “You never know, a kid could be buying for a family member who’s not Jewish.”

Plus, the store is also open to the general community.

Many of the women at the wrapping party have been volunteering for years or even decades, but some newcomers enjoyed the activity this year, too.

“It’s fun to do it with other people, and this is really well organized,” says Carole Parnes, who recently joined the synagogue.

At the store, parents can send their kids in with a shopping list. Then, volunteers help the youngest shoppers pick out items for the people on their lists, while sticking to their pre-approved budgets from parents who wait outside.

The expansion of Judy’s Place wouldn’t be possible without Rockman or Levin, says Nelson.

“It’s really incredible because it’s like a well-oiled machine,” says Nelson, who has been wrapping for about 15 years. 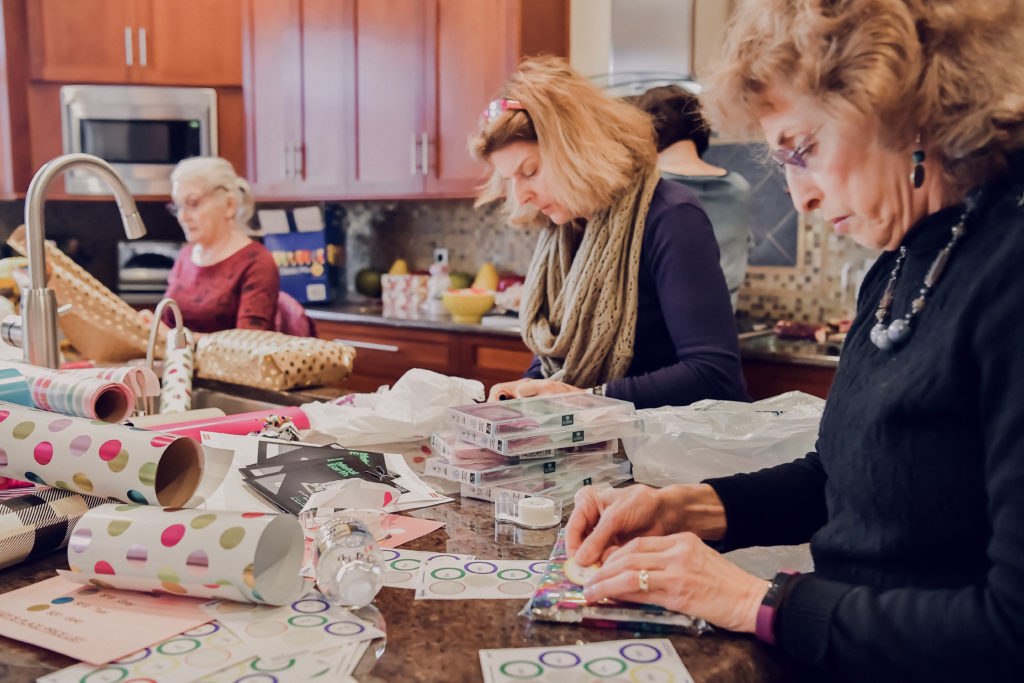 Sticky notes denoting price line the walls, and each gift gets a colored sticker to mark its price. This year for the first time, says Rockman, they’re selling some gifts for $20. The group has created “To and from” stickers with a unique TRS watermark. And while they buy five to 10 of each item, they leave one unwrapped to use as a display.

Says Levin, “We have it down to a science now.”