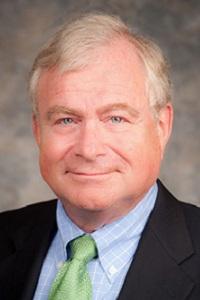 After leaving the White House, Berger continued to consult on foreign policy, including for Hillary Clinton, the president’s wife, when she served as secretary of state. Hillary Clinton reportedly consulted with Berger on how to handle Israeli Prime Minister Benjamin Netanyahu during her push for a peace agreement.

President Barack Obama recognized Berger’s legacy and said he was personally grateful for his advice and counsel, Politico reported.

“From his service in President Carter’s State Department to President Clinton’s National Security Adviser, Sandy devoted himself to strengthening American leadership in an uncertain world,” Obama said in a statement quoted by Politico. “Today, his legacy can be seen in a peaceful Balkans, our strong alliance with Japan, our deeper relationships with India and China.

“Around the globe, families and children are living healthier, more secure lives because, as a private citizen, Sandy was a humanitarian who helped the world respond to crises and feed the hungry.”

Berger pleaded guilty in 2005 to a misdemeanor charge of unauthorized removal of classified material from the National Archives in Washington.

He took the five classified reports while preparing to testify before the 9/11 Commission and lied to investigators about removing them. Berger was fined and sentenced to two years probation; he also had his security clearance suspended for three years.