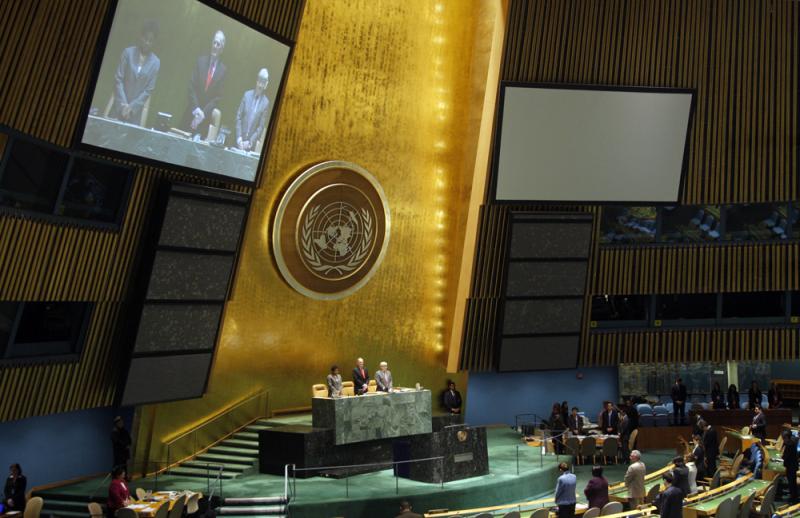 Schabas resigned Monday after Israel provided evidence to the U.N. Human Rights Council in Geneva that he had authored a seven-page legal opinion on behalf of the PLO for which he was paid.

Israel’s representative to the United Nations in Geneva, Eviatar Manor, said in a Jan. 30 letter to Human Rights Council President Joachim Ruecker of Germany that the contract with the PLO was a serious conflict of interest in the investigation.

Schabas told Ruecker in a letter that he had acted with full “independence and impartiality” as head of the inquiry, according to Reuters, but that he was resigning to prevent distractions from the panel’s findings, which are scheduled to be published next month.

Following his appointment, Israeli officials and Jewish groups accused Schabas of anti-Israel bias. Israel refused to cooperate with the investigation, though some Israelis did testify before the committee members.

U.N. officials told Reuters that the report would be published on time and that a new chairman would be appointed as early as Tuesday.

In response to Schabas’ resignation, Israeli Prime Minister Benjamin Netanyahu called on the United Nations to shelve the report.

“After the resignation of the committee chairman who was biased against Israel, the report that was written at the behest of the UN Human Rights Council – an anti-Israel body, the decisions of which prove it has nothing to do with human rights – needs to be shelved,” Netanyahu said in a statement.

Schabas responded to Netanyahu and similar statements from Foreign Minister Avigdor Liberman, calling them “masters of extravagant and ridiculous statements.”