Israel is headed for a shellacking in the United Nations Human Rights Council, a body notoriously unsympathetic to the Jewish state in its conflict with the Palestinians.

With the council ready to investigate Israel’s offensive against Hamas in Gaza, a good word from Jack Rosen couldn’t hurt, right? Rosen, president of the American Jewish Congress, attended the U.S.-Africa Leaders Summit in Washington last week, including the White House dinner for some 40 African heads of state on Aug. 5. It was an opportunity for Rosen to schmooze with old friends, like Ali Bongo Ondimba, president of Gabon.

That West African country holds the presidency of the Human Rights Council. “Bongo will have some sway on whoever investigates Israel,” Rosen said by phone. “I suggested to him that the council find a more balanced approach to the investigation.” Gabon was one of 17 U.N. member states to abstain on the July 23 vote to create an “independent, international commission of inquiry to investigate all violations of international humanitarian law and international human rights law” in the West Bank, Gaza and East Jerusalem.

The resolution passed with 29 in favor. Only the United States voted against, making the abstaining states the high-hanging fruit to whom Jewish community members like Rosen must “make our case” for Israel. Privately, “many leaders understand that Israel needed to eliminate Hamas terror activities,” he said. Some African countries – Nigeria and Mali, to name two – have serious problems with Muslim fundamentalist insurgencies.

“They’re concerned about growing fundamentalism and jihadism. [If it spreads,] that would not bode well for Israel or the U.S.,” he said.

African leaders believe that American Jews can help promote their interests in the United States, Rosen said. “They believe we have a voice in American policy – and they need American support in trade and financial support. Many are looking to obtain assistance and technology in areas like health care, and they look to us to connect them to the right parties, whether in the U.S. or Israel.”

Rosen called Bongo of Gabon “one of the young leaders of Africa whom many have pinned their hopes on to advance Africa in the global economy.” 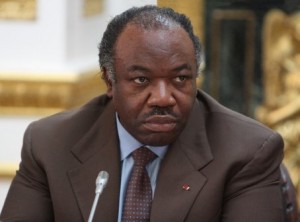 But Bongo is scion of a dynasty that has ruled the equatorial nation since 1967. Transparency International in 2013 rated Gabon 106th in a list of the 177 most corrupt nations. Freedom House rated Gabon “not free” that same year. Uganda, whose president, Yoweri Museveni, is a longtime acquaintance of Rosen’s, rates slightly better than Gabon for freedom but worse for corruption. Museveni has been notorious for championing anti-gay legislation in the East African nation that calls for lifetime prison terms for homosexuals.

“Gay rights – he’s been awful on that,” Rosen said. But like the summit itself – which omitted human rights as an agenda item – Rosen said it wasn’t an issue he brought up when he had a moment with an African leader. “Although we do care about human rights, what we’re trying to achieve is a long-term friendship between nations.”

And with Jews. “Our history has taught us that we do need friends,” he said. “So why not take advantage of it?”

Looking for the best Jewish news – in print and online – coming from the Washington, D.C. metro area and beyond? An indispensable source of political, international, scientific, arts and entertainment, community news, life cycle events, and more.  Turn to the Jewish news source of record in the nation’s capital since 1930: Washington Jewish Week.  Hurry and take advantage of our special offer: Get 18 months of Washington Jewish Week for just $55.00; that’s 6 additional months for the price of a year’s subscription!  Or choose our digital only  subscription for one year for only $18.   Hurry and subscribe today! Click here to subscribe.