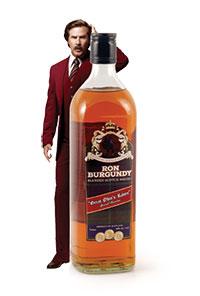 Choosing a wine for your meal is dependent upon numerous factors including flavors, style, budget and accompanying foods. An often overlooked factor that can influence one’s selection is the time of day. For example, few would consider sipping a California Cab in the morning — unless attending a wine industry tasting even — but many folks have indulged in a mimosa (or Bloody Mary) to help wash down a brunch. And pairing a quality Champagne with a simply prepared egg dish for breakfast is one of life’s more decadent pleasures.

The varied types of dishes found at the usual milchig (dairy) brunch, especially when the meal is a celebration of some sort, can make finding a good wine pairing very challenging. The tables are frequently overloaded with baked goods, smoked and other fishes, and loads of dairy dishes. A big red wine would taste disastrous while a heavily oaked Chardonnay would be antagonistic. And you don’t want to spend too much since it’s likely that many of your guests will be driving away to continue on with their day and will probably not finish what is in their glass.

A wine lighter in style, with dramatic but not too intense flavors and good acidity for balance (and to cut through the fattiness of the dishes) is required. An unconventional but well-suited choice would be the floral, value-priced Yarden Gewurztraminer 2012 that has an exotic lychee and spicy profile with apricot and green apple and good citrus acidity along with a pleasant bit of sweetness. It is also a good aperitif and pairs well with Asian and Indian fare, roast chicken and many desserts.

The press release informs us: “Ron Burgundy Blended Scotch Whisky is not a novelty —it is a fine Scotch product more than comparable in quality to other blended Scotches at its price point. It is crafted and bottled in Scotland from a 60% malt and 40% grain blend by Old St. Andrews Distillery, featuring whiskies from Speyside, Highlands and Islay. Not just for Anchorman fans, Ron Burgundy Blended Scotch Whisky is produced for budding Scotch connoisseurs and traditional Scotch enthusiasts alike.” Despite the press release’s insistence to the contrary, this is rather obviously just a novelty product.

For the uninitiated, Ron Burgundy is a silly comedic movie character played by Will Ferrell in 2004’s Anchorman: The Legend of Ron Burgundy. In that film, Burgundy was San Diego’s top-rated newsman in the hyper machismo, sexist broadcasting world of the ’70s, whose world was rocked when an ambitious, attractive, intelligent woman was hired as a new anchor. The film was silly and likely offensive to many, and we know many who thought it very lame (though no one considered it tame), but at least one of us found it actually very funny. So funny, indeed, that we flipped from finding Ferrell always unfunny to suddenly “getting it,” and totally digging his comedic turns (more of a “guilty pleasure” than a sudden appreciation of his oeuvre or whatever, but you get the idea).
So to help roll out and add to the promotional blitz of the movie sequel — Anchorman 2: The Legend Continues — Riviera Imports, marketers and importers of a various wines, beers and spirits, has licensed (through Celebrity Cellars International) and released this Ron Burgundy Scotch whisky, and sent us a sample.

Why a Scotch-Anchorman film tie-in? Well, in the first film Burgundy announces his affinity for the stuff: “I love Scotch. Scotchy, Scotch, Scotch. Here it goes down, down into my belly… .” The “Scotchy, Scotch, Scotch” line is also helpfully emblazoned on the label, below the silhouette of a black raven. The tag “Great Odin’s Raven” is another film reference; it is the expression Burgundy shouted after realizing that he cursed out the city of San Diego during a live broadcast. Just in case the name and film quotes aren’t enough novelty tie-in, the back label also offers a message signed by the eponymous fictional anchorman himself, ending with another tag line: “Stay Classy!” So even though this is just a marketing wheeze, it is actually a well conceived and executed one.

As a side note, the “Old St. Andrews Distillery” mentioned in the press release isn’t a distillery at all (that’s just a name), but a small, successful UK-based marketing and branding exercise in its own right. Established around 1970, the company began with a push for the obvious association of Scotch whisky and golf; one of its earliest gimmicks was to package its bottles in mini-golf bags mounted on small golf carts. To this was added whisky in golf ball-shaped bottles, and other similar shtick. All their products were developed largely for export to Japan and the Far East. The company was bought in 2005 and the branding and portfolio was revamped and refreshed, and then sold off in 2008 to a Mr. Bob Gorton who has been slowly expanding to more markets, and to providing private label whiskies and gins — such as this Ron Burgundy Blended Scotch Whisky.

So is it any good? Surprisingly, yes, it ain’t half bad at all (a seemingly unnecessary extravagance for a novelty, film-tie-in product).

Ron Burgundy Blended Scotch Whisky, “Great Odin’s Raven” Special Reserve (40 percent abv; $25): The nose is clean with young, vibrant yet balanced notes of both the sweet cereal malt and heavy grain whiskies, and some sweet caramel and toffee; the palate carries through from the nose, with maybe a touch more malt, some grassy notes, mild heat, slightly sweet, and an ever so slightly citrusy quality (there is even what seems like a subtle hint of charred oak). The medium-long finish is slightly rustic and ever so slightly warming, adding a touch more vanilla, raisins, and a touch of grain. Easily competitive with other similarly priced Scotch blends. Not complex, but utterly unpretentious, tasty, and very easy to drink — especially well suited to cocktails, a splash of soda, or on the rocks. L’Chaim!