The U.S. Senate’s 99-0 vote to stand behind Israel if it attacks Iran’s nuclear power program was intended to send a strong message not just to Israel but to the entire Middle Eastern region as well, said Sen. Lindsey Graham (R-S.C.), who sponsored the resolution along with Sen. Robert Menendez (D-N.J.)

The resolution adopted Wednesday “urges that, if the government of Israel is compelled to take military action in self-defense, the United States government should stand with Israel and provide diplomatic, military, and economic support to the Government of Israel in its defense of its territory, people, and existence.”

The resolution, which had 91 cosponsors, is not intended to encourage Israel to use force and doesn’t compel the United States to actually do anything, but it is a strong message that “really is going to resonate” throughout the Middle East, Graham said.

The vote was unanimous. Sen. Frank Lautenberg (D-N.J.) was not present and did not vote.

Although the House of Representatives has not moved to adopt a similar resolution, Graham said he hoped it would. “We encourage the House to do so,” he said during a press conference Wednesday afternoon following the vote.

“This is a very big deal,” he said, adding that he believed it was important for the Senate to go on record so that Israel’s enemies understand that America will not tolerate a nuclear Iran.

While not a statement of force, the resolution sends a message “if Israel has to engage in military action, we, the United States, will be with Israel in every way possible,” Graham said. The Senate is “speaking with one voice in a time when it really matters,” he said.

“I hope we throw a wrench in their plans, because their plans can never be allowed to materialize,” he said of Iran.

Sen. Dan Coats, (R-Ind.) spoke in favor of the resolution. “If they level the guns on Israel, they are going to see the U.S. in the scope,” he vowed, adding, “We will take whatever steps are necessary.”

The resolution condemned Iran’s pursuit of nuclear capability and enumerated the close security cooperation that exists between Israel and this country.

Menendez, who has fought hard for tough sanctions against Iran, called the 99-0 vote “incredible,” adding that it “sends a clear message to the regime in Iran. It’s not about regime change. It’s about nuclear weapons.”

Menendez noted that President Obama has publicly stated that this country has Israel’s back.

“Today, Mr. President, we told you we have your back,” Menendez said.

He said that while there is no specific time line for further toughening sanctions against Iran, “The clock is ticking.”

With this unanimous vote, “The hope is, people in Israel will sleep a little better tonight,” Graham said.

The eight-page resolution also “reaffirms the special bonds of friendship and cooperation that have existed between the United States and the State of Israel for more than sixty years.” It “strongly supports the close military, intelligence, and security cooperation that President Obama has pursued with Israel and urges this cooperation to continue and deepen.”

According to the International Atomic Energy Agency, Iran continues to install centrifuges to refine uranium. 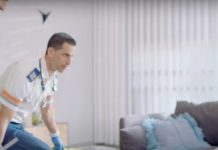 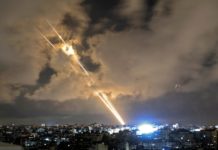 What is Hamas, the group Israel just agreed to stop fighting in Gaza?