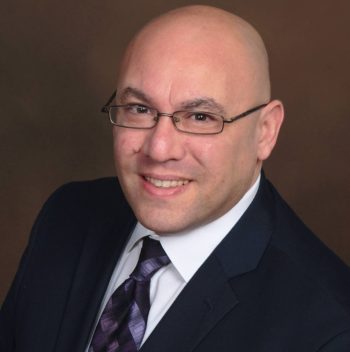 Adam Davis thinks the musical tradition of the Sephardim is unsung, and he’s hoping to change that.

Davis, who serves in the cantorial position at Temple Beth Torah in Chantilly, is trying to open up locals’ ears to some faraway sounds, performing a concert, “Makom: Sephardic Sounds of Home,” at the synagogue on March 17.

“It’s a chance for people to say ‘What else? What else am I missing?’” Davis says, hoping that concertgoers will seek out more Sephardic music afterward.

Davis thinks the music will educate listeners in a few ways. First, he wants to expose people to the diversity and breadth of music from the Sephardic tradition. And the way in which certain local traditions influence others serves as something of a history lesson.

“It’s a Middle Eastern musical tradition that is shared by Arabs and Turks and Jews and Greeks to an extent,” he says. “It’s not a monolithic tradition. It’s really a collection of smaller, highly localized traditions.”

So the concert will include Moroccan, Turkish and Yemenite music, though Davis acknowledges much of the Yemenite culture is not part of the Sephardic tradition, whose source is the Jewish community in Spain that was expelled in in 1492.

But there will also be western Sephardic songs from Amsterdam and even the United States. As Davis puts it, the musical traditions of the Sephardim are alive and morphing, giving to and taking from the musical influences nearby.
And some of the sounds will be more familiar than people might expect, Davis says. Even Ashkenazi music that synagogue-goers know well borrows from the Sephardic tradition.

“It’s fascinating to see how over time even Reform congregations have borrowed from those things. There are melodies that kind of creep in,” he says. “And when you do your homework, you find, oh, that’s an old tradition from Istanbul.”
Davis studied the process of hybridization (among other things) as an undergraduate at the University of Cincinnati College-Conservatory of Music and began working in the cantorate in his hometown Chicago before moving to the Washington area and starting at the Reform synagogue last September. All the while, he’s been working toward his final cantorial certification from Hebrew Union College’s school of music.

At the concert, he will perform with a local three-piece ensemble, called Barrio Andalusí, and the synagogue choir.
Ultimately, Davis says, it’s an opportunity to celebrate Jewish multiculturalism.

“There’s a new cultural awareness in our day and age about people from different lands, and one of the strengths of the Jews is that we’re not a monolithic people. We’re a collection of different cultures and traditions and they add their distinct flavor to the mix.”