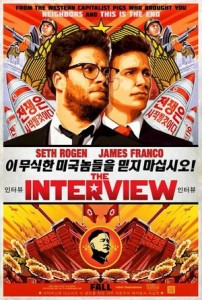 North Korea’s Supreme Leader Kim Jong Un isn’t pleased with Seth Rogen and James Franco’s latest film. The Interview, due out in theaters in October, follows the incompetent duo as they’re tasked with assassinating Kim Jong Un. Kim Myong-Choi, the executive director for the Center for North Korea-U.S. Peace and an unofficial spokesman for Kim Jong Un, told The Telegraph that the North Korean leader will watch the film despite the fact that it mocks his own death. “

A film about the assassination of a foreign leader mirrors what the U.S. has done in Afghanistan, Iraq, Syria and Ukraine,” he said. “And let us not forget who killed Kennedy – Americans. In Fact, President Obama should be careful in case the U.S. military wants to kill him as well.

In a statement by the North Korean state-run news agency KCNA, a spokesman for the regime described the movie as the work of “gangster moviemakers”.

“The act of making and screening such a movie that portrays an attack on our top leadership … is a most wanton act of terror and an act of war and is absolutely intolerable,” the spokesman said.

People don’t usually wanna kill me for one of my movies until after they’ve paid 12 bucks for it. Hiyooooo!!!

Check out a trailer for The Interview below:

Chelsea Handler knows a good business deal when she sees one. The E! late-night host of Chelsea Lately and best-selling author announced she was leaving her post a couple months back (the finale airs Aug. 26), and it was long-rumored that her raunchy style of humor would be the perfect fit for Netflix.

Under the new deal, Handler will star in and produce a talk show, a stand-up special and four docu-comedy specials for the online streaming service. Set to debut in early 2016, her talk show is rumored to be an updated format of Chelsea Lately, focused on pop culture and other issues, and will feature her unique, unfiltered interviewing style. – I.Z. 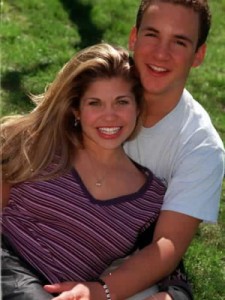 Topenga walks out on baseball history

But get this: Fishel, star of the upcoming Girl Meets World spinoff, missed the whole thing! She told TMZ that she and savage left shortly after the start of the historic game.

“I left before the start of the first inning,” she said. “I had been up since 3 a.m. doing press” for the show. Her excuse? She had to go home. Both Fishel and her alter-ego are apparently family women at heart.