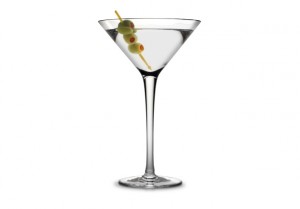 Last week saw the release of the latest offering in one of the hottest and oldest series in cinema: James Bond. The phrase “shaken, not stirred” is one of the most overly familiar, yet pleasantly evocative, lines associated with the James Bond film franchise. One of the most emblematic, seemingly timeless cultural images associated with the series is the timeless, suave and cool cocktail, the martini.

To famed journalist and infamous boozer H.L. Mencken, it was “the only American invention as perfect as a sonnet,” while to the novelist and historian Bernard DeVoto, the martini was “the supreme American gift to world culture.” Perhaps Soviet Premier Nikita Khrushchev got nearer the mark when he referred to the martini as “the U.S.A.’s most lethal weapon.” This, at least, is closer to the Cold War era in which James Bond originated.

The martini substantially predates Bond, but surely owes its general popularity more to the films than to whoever came up with the drink. Like so many of the best classic cocktails, the exact origins of the martini are obscure and hotly debated among those who enjoy debating such things. What continues to sustain interest in the martini is the drink itself, not its pedigree. It’s a simple yet sublime concoction of gin and dry vermouth, perhaps with some bitters and either a lemon twist or green olives. But not everyone is into so classic a formula.

Bond preferred a vodka martini, shaken, not stirred. At least that’s what he drinks in the films.

The real Bond — that is to say, the original fictional Bond as written by author Ian Fleming — nearly always ordered his mixed drinks double, and then drank all sorts of things— gin, vodka, bourbon, champagne (especially the pink variety), etc. Although his drink of choice was a martini, his most personal version was an unusual concoction of his own devising. He eventually named it “Vesper,” for Bond girl Vesper Lynd. Fleming has Bond describe the drink in the very first Bond novel, 1953’s Casino Royale:

‘‘Just a moment. Three measures of Gordon’s [gin], one of vodka, half a measure of Kina Lillet. Shake it very well until it’s ice-cold, then add a large thin slice of lemon peel. Got it?’’

‘‘Certainly, monsieur.” The barman seemed pleased with the idea.

What was it the writer and poet Dorothy Parker famously said? “I like to have a martini,/Two at the very most./After three, I’m under the table,/After four, I’m under my host.”

Keep in mind that connoisseurs have very definite ideas about every aspect of every nuance of their martinis. Like whether it should be shaken or stirred, served with bitters or without, garnished with a twist of lemon, a couple of olives (making it a “deep dish olive pie”), or nothing at all — not to mention the more fundamental question of gin versus vodka, and to what ratio it should be mixed with vermouth. Those who drink martinis regularly tend to have very definite ideas about all these things. In matters of taste, however, the only opinion that counts is your own — or rather, whoever is paying for your drinks.

Here then are a couple of recipes to get you started. With each of these, the ice should be as finger-numbingly cold as possible, as should your martini glasses and cocktail shaker or mixing glass. Whether shaking or mixing, fill the shaker at least 2/3 full with hard, cracked ice, and vigorously shake or stir until beads of condensation form on the outside of the mixing glass, then strain into the pre-chilled cocktail glasses.

Stir 2 ½ ounces of gin (any decent quality London dry gin will do, such as Bombay, Tanqueray, Miller’s, etc., depending on your tastes) or vodka (the smoother the better) and a ½ ounce of dry vermouth, then strain and serve. Garnish with a twist of lemon zest or anywhere from one to three green olives.

Spanish surrealist film director Luis Buñuel practically lived off these: Fill shaker or mixing glass with ice and pour in a few drops of Noilly Prat brand dry vermouth (Buñuel was explicit about his vermouth; not kosher alas, but the kosher options seem to work just as well) along with half a demitasse or bar spoon of Angostura bitters; Shake or stir; then drain so that the only vermouth and bitters remaining is what coats the inside of the shaker and the ice. Add the gin, shake or stir, then strain and serve. Garnish with a couple of green olives.