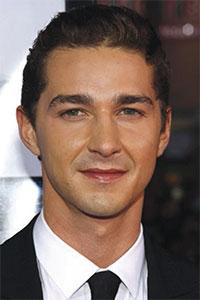 Transformers star Shia LaBeouf has bbeen the center of a plagiarism controversy for a couple of weeks now. His recently released short film, HowardContour.com, seems to be a replica of veteran cartoonist Daniel Clowes’ 2008 comic Justin M. Damiano. Clowes told Buzzfeed he had no idea the film existed until it was released online in December.

LaBeouf has been tweeting bizarre apologies for weeks — many of which turned out to be plagiarized themselves, from sources like Robert McNamara and Mark Zuckerberg. But LaBeouf outdid himself when he took to the sky, tweeting an image of a sky-written message: “I AM SORRY DANIEL CLOWES.”

Girls creator/star Lena Dunham was quick to fire back on Twitter, tweeting: “I’ve always felt, utterly and unchangeably, that only sociopaths hire skywriters.” LaBeouf then responded with other bizarre tweets: “I don’t mind creating debate with thoroughly considered artistic expressions but I don’t want to offend with a tweet. Sorry world,” he tweeted. “Im addicted to lean & that sh-t ain’t no joke. I can barely remember all the things I’ve done & said. However there’s no excuse 4 skywriting.”

LaBeouf, however, forgot that Clowes lives in the Bay Area, not Los Angeles.