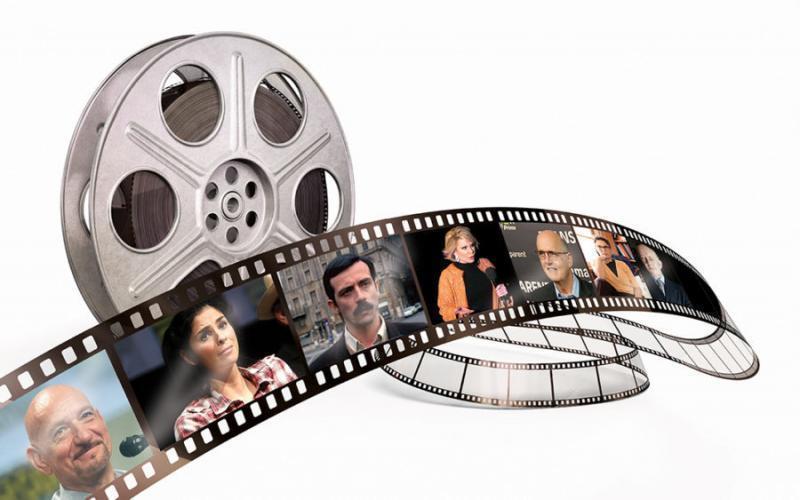 In early October, Jewish comedian Sarah Silverman took to “The Sarah Silverman Podcast” to raise the issue of “Jewface” — the portrayal of Jewish characters by non-Jewish actors.
Silverman voiced her discomfort with the casting of comedian Kathryn Hahn as very Jewish comic Joan Rivers in an upcoming Showtime miniseries.

“Watching a gentile actor portraying a ‘Jewy’ Jew is embarrassing and cringey if you are Jewish,” Silverman said.

“[Hahn] will be great as Joan and singularly I have zero problem with it,” Silverman said, “[but] one could argue that a gentile playing Joan Rivers correctly would be doing … Jewface.”

Jewface has usually applied to non-Jewish actors being cast as Jewish characters embodying antisemitic stereotypes. Think of Alec Guinness’ portrayal of Fagin in “Oliver Twist” in 1948, or Mattia Sbragia as Caiaphas – the Jewish high priest in the Christian narrative of the execution of Jesus — in Mel Gibson’s “The Passion of the Christ.”

In the case of Fagin, he has been consistently portrayed as Charles Dickens described “the Jew”: greasy hair, an exaggerated nose and devious, scheming glances.

Caiaphas is made out to be responsible for the “blood libel” narrative that has been the excuse for antisemitism in both the Christian and Muslim worlds.

But what really bothers Silverman is not that non-Jews are playing Jews, but that Hollywood has a double standard about who can play whom. Increasingly, a character belonging to a minority group must be played by an actor of the same minority. In Silverman’s eyes, “Jews don’t count.”

“Jewface” is a play on “blackface,” the racist practice of white people darkening their faces and performing as offensive caricatures black people. “Jewface” suggests that there is something dangerous and demeaning in allowing non-Jews a hand in portraying and defining Jews. And while antisemitic stereotypes abound, is “Jewface” in an industry “run by Jews” a threat to Jewish safety and Jewish identity?

The sin of ‘Transparent’

Critics like Silverman argue that, rather than blatantly offensive stereotypes, well-meaning, non-Jewish actors are being swept up in a trend whereby most Jewish roles are going to non-Jewish actors.

In the Amazon hit series “Transparent,” Jeffrey Tambor initially received backlash from the LGBTQ+ community for portraying a transgender woman. Tambor, who is Jewish but does not identify as transgender, nonetheless portrayed a Jewish, transgender mother of three children. His TV “children” are Jewish but not played by Jewish actors. Yet “Transparent” has been lauded in Slate as “the Most Profoundly Jewish Show in TV History.”

So why was “Transparent” commended for its portrayal of Jews and Judaism with a mostly non-Jewish cast, while condemned for casting an outwardly gender-conforming man as a transgender woman?

According to Adam Immerwahr, the answer is rooted in the history of Hollywood and the United States.

“The phrase ‘Jewface’ has an intentional resemblance to the phrase ‘blackface’ — which is about the incredibly racist and harmful practice of minstrelsy,” says Immerwahr, artistic director of Theater J in the District. In his opinion, there is no Jewish equivalent to blackface.

Immerwahr argues that the harm and scale of blackface and yellowface (racist caricatures of East Asian people and their descendants) in American culture make the appropriation of the term Jewface problematic and inappropriate.

Blackface and yellowface “were enormous parts of the Disney cartoons I grew up watching. That simply is not the case with Jews. There has been nothing nearly as pervasive in media or nearly as harmful in what it [represents].”

Regarding Silverman’s contention that there is a double standard in the entertainment industry, Immerwahr says, “I think when a white actor plays a [character] originally intended [to be] a person of color — that is a different story. The primary difference to that story is not one of representation, but one of inclusivity.

“TV, film and theater have not historically been inclusive to people of color and it has been substantially harder for people of color who are actors to get work,” Immerwahr says.

Immerwahr does not consider decisions to cast white actors into minority roles as comparable to the issues raised by Silverman, calling it “fundamentally different — particularly when we are talking about casting white Jews. White Jews have not historically been denied opportunities on our stages or screens on a mass level.”

Theater J regularly casts non-Jews to play Jewish characters. But Immerwahr notes that there are key questions actors must ask themselves about how they are representing the community their character is a part of.

“Are you doing harm because you are doing a performance that is stereotypical, that is not authentic or that is harmful in other ways?”
Theater J works with cultural consultants, rabbis, cantors and other experts to help cast members who are not Jewish authentically play Jews to avoid this danger.

“Who is going to get tremendously upset about a superb performance in an excellent production of a well-informed, well-researched show, whether it’s a TV series a movie or a play?” says Ari Roth, founding producing partner of Voices Festival Productions and founding artistic director of Mosaic Theater Company of D.C. and former artistic director of Theater J.

“What is so egregious about a cross-cultural performance of something that is impeccably done? I would submit to you, nothing — ain’t no crime there — there is no crime in superb artistry.”

The criticism of “Transparent” with regard to its representation and inclusion of transgender people is complicated. Tambor himself reflected on his own casting while accepting an Emmy for Outstanding Lead Actor for his role of Maura Pfefferman: “I would be happy if I were the last cisgender male to play a transgender female.” During that same speech, he implored the industry to “give transgender talent a chance.”

Jewish actor and acting teacher Sanford Meisner had a saying: “Acting is living truthfully under imaginary circumstances.” According to Immerwahr, “As a Jewish community, we should be concerned with the just, equitable and ethical portrayal of unique communities on stage.”

He adds, “Though we must remain committed to the accurate representation of Jews in the media and avoid old and tired tropes, we must also be attuned to the issues of inclusivity and representation faced by people and communities of color.”