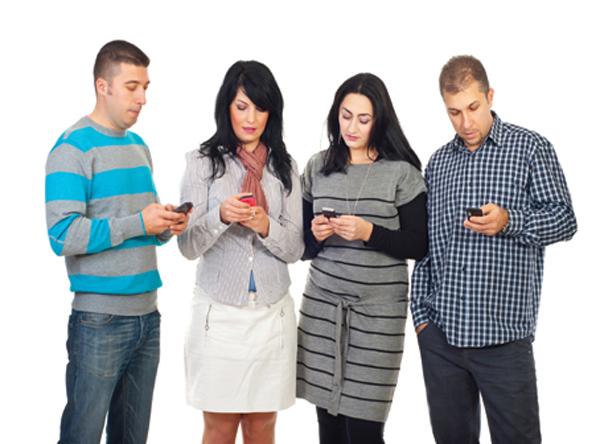 The Exodus from Egypt must be retold each year, but the retelling varies from family to family, generation to generation. Some cling to the Maxwell House Haggadah and all the memories wrapped within those pages while others continually update their own family seder.

Now, the Haggadah has entered the age of technology. Enter the Haggadah app. There is “The Haggadah” app for the iPad as well as an e-book version entitled, “Sharing the Journey: The Haggadah for the Contemporary Family” and so many more.

If not a complete app, some families plan to find relevant passages and discussion points and download them onto their Smartphone, e-book or computer for use at their seder table.

“I think this is wonderful,” said Rabbi Charles Simon, executive director of the Federation of Jewish Men’s Clubs. “Siddurim have been changing for thousands of years. That’s why we have so many of them.”

Whatever can be done to enrich the seder is a positive development, Simon noted. He called the move toward using apps “a natural evolution” and said that if the seder leader is talented, technology can be a welcome addition.

But not everyone views the addition of technology as optimistically as Simon. “As a traditional Jew, I struggle with anything electronic at the seder or on any holiday,” said Erica Brown, scholar-in-residence for the Jewish Federation of Greater Washington.

However, she stated in an email, “I believe that there are some great educational innovations and Jewish-learning opportunities online that make many classic resources seem outdated. I’d personally love to see people download material in advance of the seder.”

That way, no one will be tempted to check their emails, text someone or play Candy Crush during the service.

“They may be smartphones, but they are not smart enough to turn themselves off and put themselves away,” said Brown. “We have so much screen time already that makes us lose eye contact with each other.

“Respect the dignity of the meal and the story and put the phones away,” she added. “There is nothing more important than the human connection with each other and that is what we most need to achieve when we are at the seder. That’s what creates continuity from one generation to the next.”

While Brown said she understood the desire to get information quickly off the Internet, “providing new recipes or great graphics and jokes for the seder is not the same thing as helping people become fabulous storytellers of a remarkable story. Educators have a lot of work to do. It is sacred work.”

Eitan Gutin, director of lifelong learning at Tifereth Israel Congregation in D.C., said that while electronic devices are not something he would use during a holiday, family members have taken photographs during holidays, which he considers wonderful additions to his family’s heirlooms.

However, said Gutin, if the people at the seder table are comfortable with the use of electronic devices, he could see how conversations would be enhanced. Perhaps only one shared device, rather than everyone using their own, would be a good compromise, he said.

One good way to use technology might be when the leader refers to his previously gathered discussion notes for help in keeping the conversation going, said Gutin. “It is not inherently positive or negative” as long as boundaries are set.

Rabbi Andrew Busch at Baltimore Hebrew Congregation said that while no one has ever asked him how he felt about the use of apps at the seder, “My general position is we shouldn’t be scared of the technology. It’s a growing trend in everything. I am not at all surprised that people are using it.”

Erev Rosh Hashanah, his synagogue conducts an outside service in a park that attracts a lot of people. Apps and projection screens are utilized to make sure everyone can participate.

“It enables lots of people to come and see what we are doing,” he said.

“People were probably aghast” when the first Haggadah was written down, noted Busch.
Rabbi Jessica Lott, associate director for Jewish Life and Learning at University of Maryland’s Hillel, agreed with the view that the Haggadah continues to change, and apps offer more examples of that trend.

“I think for those of us who use technology on the holidays,” the addition of apps and information right at your fingertips is “exciting and interesting,” said Lott, adding that she knows people who use Skype to include family members who can’t make it home for the holiday.

While there is always the possibility that some people will become distracted, the seder leader should be able to handle that, she advised.

When information or answers to questions can be obtained so quickly and so easily by just typing into a phone or other device, she wondered, why not use the Internet?
“We jokingly say, ‘Ask Rabbi Google.’ ”