Two hours after planes crashed into the World Trade Center and the Pentagon on Sept. 11, 2001, Sunny Schnitzer got a phone call.

It was from the Rev. Susan Andrews of Bradley Hills Presbyterian Church in Bethesda. Schnitzer, the outgoing cantor of Beth El Hebrew Congregation in Alexandria, was due to become rabbi of Bethesda Jewish Congregation, which shares a building with the church. But that wouldn’t be for another month.

Meanwhile, Bethesda Jewish Congregation was without a rabbi.

“Your congregation needs you,” Andrews told him.

But the next night, Schnitzer and Andrews met for the first time as they led the two congregations in an interfaith service.

“People were in panic. For some, the world had been turned upside down,” Schnitzer recalled last week. But “I walked away thinking, this is going to work because these communities come together to support each other in times of struggle. If you have that, you’re going to be fine.”

Bethesda Jewish Congregation was formed in 1964 by 20 families looking for a progressive approach to Judaism. Then, as now, it is not affiliated with a denomination. In 1967, the congregation’s rabbi, Edwin Friedman, approached the minister of Bradley Hills, the Rev. Arthur Hall, about renting space. 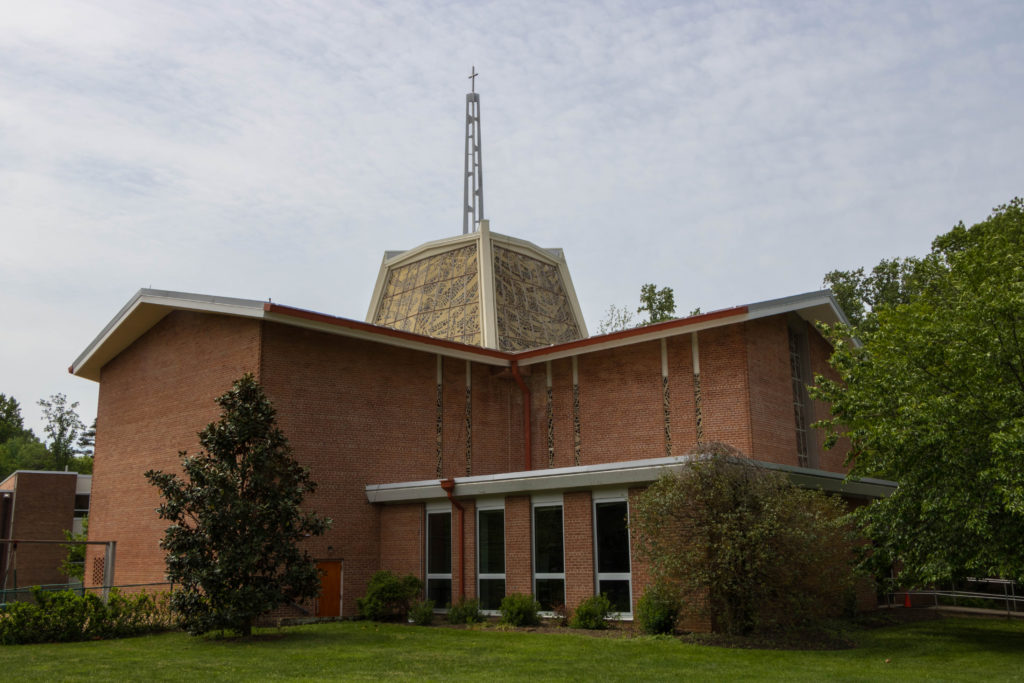 For some synagogue members, the arrangement became a symbol of the ideals of the tumultuous Vietnam War era.

“I think it [was] living what we believed in back in the ‘60s,” said Maran Gluckstein, the Bethesda Jewish Congregation’s former executive director and director of education. “That there could be peace in the world and true brotherhood.”

Rachel Mosher-Williams’ parents joined the congregation in the 1970s. The synagogue’s close relationship with the church is why she remains a member today with her husband, David, and their children.

“It can be a long drive to get there,” said Mosher-Williams, who lives in Virginia and is president of the 200-family congregation. “But I can’t think of a place [that is] more welcoming for my family.”

In 2002, Andrews and Schnitzer decided to update a covenant written by the two communities in the 1990s to more clearly reflect “not just our contractual or business intentions, but our spiritual intention.”

That spiritual intention is to work together to “bear witness to our faith in cooperative activity in the world [and] create with each other what we cannot create separately.”

“We understand that we can do better together than separately,” Schnitzer said.

The Huffington Post recognized the two congregations in its “15 Religious moments in 2015 that give us hope for the new year” after Schnitzer; Bradley Hills Presbyterian’s current pastor, the Rev. David Gray; and Tarek Elgawhary of the Islamic Community Center of Potomac led an interfaith service after terrorists in Paris killed 130 people and injured more than 350.

Central to the two congregations’ celebration on Saturday will be the presentation of an updated ketubah.

“We’re not just the synagogue that rents space in a church. We’re spiritual siblings. …We’re committed to many of the same ideals,” said Harri Kramer, who is a part of an interfaith family involved with the synagogue for more than two decades.

Most of the building’s interior lacks symbols of either faith. Classrooms are used by the religious schools of both congregations. The biggest giveaway of the building’s original intended purpose is the steeple.

Mosher-Williams said it is a nonissue because people self-select out of the congregation if they are troubled by the architecture.

Last Friday, Bethesda Jewish members chatted while setting up refreshments for the Shabbat service that night. It was obvious that the 30 members here know each other. Still, they all wear name tags — just in case.

As the service began, Schnitzer, holding an acoustic guitar, was flanked by a bass player and an accordionist.

“Well I know what’s right, I got just one life,” he sang, and the congregation joined in. “In a world that keeps on pushing me around, but I’ll stand my ground, and I won’t back down.”

The rabbi’s choice of song, “I won’t back down” by rocker Tom Petty, was not a political statement, Schnitzer assured his congregation. But it was appropriate for the week’s Torah portion, which speaks of the attribute of endurance, a quality with which this intimate community is familiar. n