Maya Rudolph doesn’t care what you think about the concept of her variety show — she’s bringing it back to our TV screens anyway. The Maya Rudolph Show, a one-hour special scheduled to air on NBC May 19, has the Saturday Night Live veteran throwing it back to The Muppet Show and The Carol Burnett Show era.

“I had always wanted to do exactly what it was,” Rudolph told reporters. “Once I left SNL, I sort of had the bug and couldn’t really cure it. It’s hard when you perform live on a regular basis and then you stop performing live … it feels like there’s a part of you missing.”

Rudolph’s variety-show ambitions were rekindled when she began working with Lorne Michaels on Up All Night. “I’ve always thought it would be a good idea. And I think years ago when I was talking to people, you know, people with real business sense would say, ‘Well, I think people have tried it, and I’m not sure, I don’t know if it’s the right time,’ ” Rudolph said. “And I never really think in those terms. I’m more interested in what’s going to feel good. And I feel like creatively you’re at your best when you’re doing something that you love.” — Ian Zelaya 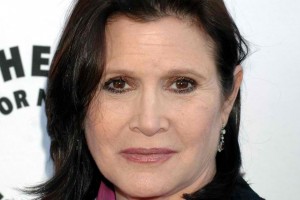 Carrie Fisher hasn’t wasted any time getting in shape to reprise her role as Princess Leia. The actress revealed she’s already lost 40 pounds since being cast in the upcoming Star Wars: Episode VII.

“I’m glad they are doing a new movie because they are sending a trainer to my house so I can get in really good shape,” Fisher told the Calgary Herald. “So I’m really eating a lot of sugar in advance, as you can see. By the time I really get down to it I will have eaten everything.”

The 57-year-old will reunite with Harrison Ford (Han Solo) and Mark Hamill (Luke Skywalker), along with many newcomers, in the J.J. Abrams-directed flick, which is set to premiere in December 2015. “We are so excited to finally share the cast of Star Wars: Episode VII,” Abrams said in a statement. “It is both thrilling and surreal to watch the beloved original cast and these brilliant new performers come together to bring this world to life, once again. We start shooting in a couple of weeks, and everyone is doing their best to make the fans proud.” — I.Z. 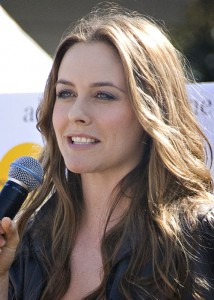 Alicia Silverstone has had a long and varied career in the public eye, from her star-making turn in the 1995 film Clueless to her re-emergence a decade later as a vegan and animal rights activist. But in her latest iteration as a celebrity mom, Silverstone is taking on a new role — “intactivist.”

In her new parenting book, The Kind Mama, Silverstone announces that she did not circumcise her son, Bear Blu, according to the anti-circumcision website, Beyond the Bris. Her decision apparently raised some family hackles. “I was raised Jewish, so the second my parents found out that they had a male grandchild, they wanted to know when we’d be having a bris [the Jewish circumcision ceremony traditionally performed eight days after a baby is born],” she wrote, according to Beyond the Bris. “When I said we weren’t having one, my dad got a bit worked up. But my thinking was: If little boys were supposed to have their penises ‘fixed,’ did that mean we were saying that God made the body imperfect?”

Silverstone’s father was born Jewish and her mother converted before Alicia was born. Silverstone hasn’t been reluctant to buck established medical science. The Kind Mama has been heavily criticized for claiming that children don’t need to be vaccinated. Passing on circumcision, by contrast, is far less controversial — the American Academy of Pediatrics states that the health benefits outweigh risks, but that the decision should be left up to parents. — JTA News and Features 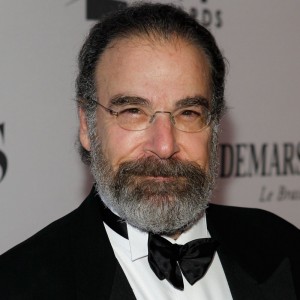 Mandy Patinkin has done Shakespeare and Showtime, Sondheim and “Oyfn Pripetchik,” but one thing he does not do is a dull after-dinner speech. The legendary veteran of Broadway and screens, large and small, let it all hang out when he accepted the Yitzhak Rabin Peace Award recently from the dovish Americans for Peace Now, on whose board he serves. Over the course of 25 minutes, the famously intense Patinkin: Quoted Psalm 137 (“If I forget thee O Jerusalem”); Paused mid-speech to sing, from start to finish, a medley of Rodgers and Hammerstein’s “You’ve Got to Be Carefully Taught” and Stephen Sondheim’s “Children Will Listen”; told a story of attending a Soviet Jewry rally in 1982 with his baby son and getting “bad vibes” from a man who turned about to be Benjamin Netanyahu; handed APN founder Mark Rosenblum blank white drawing tablets (representing “endless possibilities”) to hand to the governments of Israel, the Palestinians, and the United States, and to the writers’ room of Homeland; proposed that, if the peace process doesn’t advance, Homeland should do a season (or a spinoff) about the Israeli-Palestinian conflict; wrapped things up by leading the audience in a sing-along of the peace anthem “Od Yavo Shalom Aleinu” — JTA News and Features