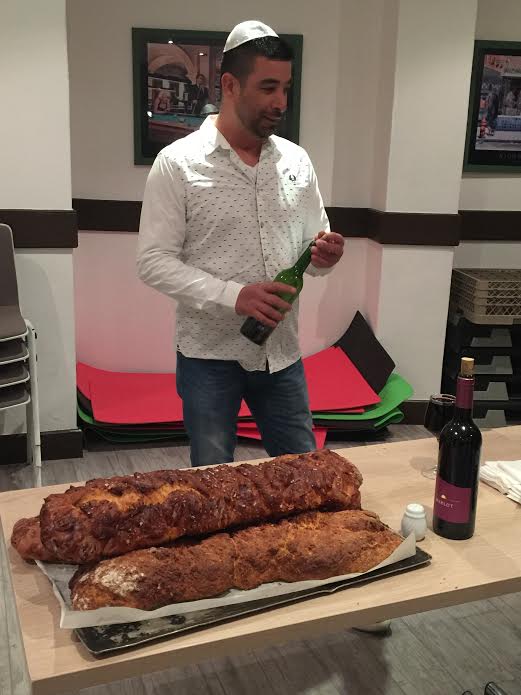 Israel is not a country associated with alpine skiing, but the sport has gained popularity with Israelis as I found one winter [2018] in the French Alps on a trip with the Ski Club of Washington, DC. Surprisingly, 100 of the hotel’s 450 guests at Club Med’s Les Arcs Extreme were Israeli, according to resort manager Brendan van Zyl. The skiers ranged from their 30s and up, and, yes, one male was reported to be 87 years of age. I never got his name, but I believe he could handle the mountain given his tall, robust build.

Typically, the resort  hosts between 60 and 120 Israelis each week in January and February, which is amazing for citizens of a country with only one ski hill (Mount Hermon) and lots of desert. Which is why, I guess, they would flock to Europe. (None of Israel’s 10 athletes at the Pyongyang, South Korea winter games in 2018 actually lived in Israel and its only alpine competitor resides in Switzerland. Well, why not?).

At the outset, nothing set apart this sizable minority of recreational winter athletes. But there was one clue: Orene, a French/Israeli as I discovered later, was handing out Israeli visitors their lift passes in the theater lounge.  “Are you Jewish?” I asked curiously. “Yes.” Later she was working behind the resort’s front desk where a sign had been posted in Hebrew. Although I can’t read the language, I could suspect its meaning. After all, this was Friday. As Orene confirmed, it announced an informal shabbat service at 7:30 PM. She invited me to attend, but more on that unusual event later. I was probably one of two Jewish-American skiers at the Club Med resort.

If skiers from the Holy Land seemed inconspicuous, a new acquaintance named Baruch said that “you can always tell if Israelis are around. They are noisy.” Not any noisier than other skiers during the happy hour of free booze and snacks (except for a wine upgrade and champagne). Despite the largess of free drinks, I never saw anyone potted. Even in the best of conditions, skiing is risky, and hangovers and skiing don’t mix.

When we got to know each other, Baruch, a U.S.-educated CPA, confided that his family had emigrated from Libya when he was 10. He recalled how he had to take a detour to school to avoid “getting beat up by Arab boys.”

During the week-long visit, I and Baruch, then 67, crossed paths several times. He and three other Israelis joined the daily instruction and guided mountain tours at the advanced intermediate level. Our class also included Abraham, then 75, a retired Israel Discount Bank executive, and two other Israelis probably in their 30s, Joseph and Rolan, a software developer. Rolan briefly discussed the origin of our first names but his had no final letter “d”.

When I joined Baruch and other Israelis for dinner one evening, I half-humorously asked him if we would “have a blessing with the wine,” and he looked as if I made a bad joke. And in his edgy humor, he once asked a fellow Israeli,  Eric, “do you ski or just talk about skiing!”

Kosher food? No, but the resort served chicken sausage at breakfast and turkey ham at lunch, plus a lot of inedible tough beef at dinner accompanied by huge offerings of salads and plentiful vegetarian dishes.

During a mid-week break, I chose to visit the nearest town, Bourg St. Maurice, and saw two men waiting at the bus stop for the same reason. Since they were unrecognized without their ski gear, I asked, “Israeli?” Yes, they said, and I realized they were my new friends. I then kidded with Abraham that “I am a son of Israel.” Since he didn’t understand the remark, Baruch explained, “Ben Yisroel.”  The three of us went to town together.

I met both again in a few days at the Friday night service. Orene was present too, and she explained that yarmulkes wouldn’t be available. But two males wore their own, and others covered their heads with white napkins out of respect for the religion. Whoever organized the service had placed loaves of Challah bread on a table, and we broke off small pieces to consume according to tradition. There were partly filled glasses of red wine, but congregants returned them after a few sips. Chairs were stacked against a wall, yet everyone chose to stand in a semi-circle.

In an exchange of the customary greeting, I heard “shabbat shalom” spoken among the participants. And with Orene, I asked innocently, “where is the rabbi and prayers?” One skier took charge who presided at the 15-minute service for maybe 50 people, mostly males. The participants sang what sounded like a prayer at the beginning, but not knowing the words, I hummed along with the melody. It could have been the Israeli national anthem for all I knew. As Ella Yarom, a skier’s wife, explained, this was the Kabbalat Shabbat that formed part of the prayers said at the beginning to welcome the sabbath.

Perfect ski weather and a weekend capped by an unusual sabbath service high in the Alps. What’s not to like?

Leiser is a freelance writer in Silver Spring.