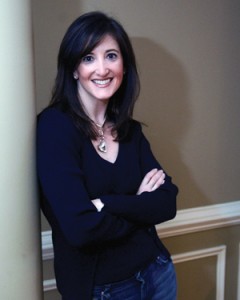 I don’t know why I was surprised to see the Hebrew letters. I know Yiddish is a mixture of Hebrew and German, but my several generations removed from Yiddish speakers knowledge is based on seeing Yiddish words written in transliteration. I know slightly more than most of my friends, and by that I mean, more words than “schlep” and “oy.” I remember hearing more senior members of my family saying something about “hakn a tshaynik” and my uncle calling my son a “vilda chia.” For me, Yiddish was a collection of quaint words from my cultural past — a quirky way to pepper my speech and give me a false sense of preserving something of my grandparents.

So I was not prepared for the scholarly endeavors of the Washington DC Jewish Community Center Yiddish leyenkrayz (reading group). Led by Rabbi Max Ticktin, a professor at George Washington University, the group has met every other Sunday since 1983. The group, it was explained to me, owes much to the energies of Marvin Caplan, Harry Lerner and David Neil Miller.

The 13 participants around the table ranged in age, I’m guessing, from late 40s/early 50s to 80 and possibly beyond. Some were native speakers — survivors or children of survivors, some were self-taught and some had attended Yiddish schools as children. Hilda Rubin, the tenacious woman who insisted I learn more about the group, categorized her parents’ generation into three groups: those who abandoned Yiddish in order to fully assimilate into American culture; those who spoke Yiddish they were discussing; and those who sent their children to Yiddish school to learn.

These after-school programs struck me in their similarity to modern-day congregation-based Hebrew schools. Students would attend after their regular school day finished in order to learn Yiddish and Yiddishkeit. Hilda remembers going four days a week. Younger members of the leyenkrayz remember going three or even two days a week, as increasing demands on family schedules made it a challenge to devote too much time to Yiddish.

The group spent an hour taking turns reading aloud from I.J. Singer’s The Brothers Ashkenazi. The participants read at varying speeds and comfort levels, but all were impressive in their competency. This was no beginners group. Hilda slid an English translation of the novel to me and pointed out their place in the text. I tried, fairly unsuccessfully, to keep pace and was happy when I would hear “punim” and find “face” on my page. Or read that the tea was kept warm by pieces of cloth wrapped around the pot, and then hear the reader say “schmattes.” It was if I was solving a puzzle.

Occasionally, the group would laugh or tsk, and I was sad to have missed the joke.

The best part was when Rabbi Ticktin would explain a phrase and place it in historical context. There was a discussion of the use of the word for “godfather” when referring to a very important man in the town. Ticktin explained that story takes place during a time of transition for Lodz — the city was moving from the Middle Ages to modern times and relationships among the characters were still heavy with the old ways.

There was debate about whether a word translated to “yolk” or “yoke.” And one sentence sparked a memory from an older man at the table, “This is what my grandmother said when she got mad at me.”

Ticktin explained that in 1939, 11 million out of 16 million Jews knew “more than a little Yiddish.” That was only 75 years ago, he marveled. Of course, from among those, 6 million were killed. I sensed he was speaking with sadness for the loss of the language that he described as being so rich in overtones. He gave, by way of example, the Yiddish word for Holocaust, “khurbn” which not only means “destruction” but is the same word used to refer to the destruction of the Temples. For Ticktin, “khurbn” is the better word than Holocaust or Shoah, because our people’s continuity is implied in just one word.

This is not the only Yiddish group that meets in the greater Washington area (I’ll list contact info at the end of this column). Other groups welcome those newer to the language and still others are for schmoozing. This leyenkrayz is for reading and for celebrating Yiddish’s rich literary cannon. It is important, Ticktin believes, for the books and stories to be read aloud because Yiddish is a language that must be spoken. Sarah Shapiro, who coordinates the group’s Facebook page (www.facebook.com/YiddishofGreaterWashington, which is where you go to learn more about the group and its events), marveled at the richness and legacy of literature crafted over not much more than a century and said that since 1983, they have yet to run out of 11-page stories to read. These short stories, explained the rabbi, are the ideal length to be read
out loud in about an hour. The idea being that if someone misses a Sunday session, he or she will not fall behind the group as the reading is contained to that session. The Brothers Ashkenazi is a new venture for them, but those who can’t attend, can easily access a translation of the novel to read at home. And, “God willing,” says Ticktin, “we’ll all be here in two years,” for the 100th observance of Shalom Aleichem’s yarhzheit.

To learn more about the group, go to the Facebook page or the DCJCC website. Additionally, every Wednesday, from 10:15 a.m. to 11:30 a.m., a Yiddish reading group meets at the Friendship Heights Community Center. Everyone is welcome, even beginners. Contact Maurice Singer at 202-362-0883. And a Yiddish conversation group meets every Friday, from 12:30-2 p.m. at Alfios in Friendship Heights. For more on this group, contact Jonathan Sunshine at 301-656-5952.

With AIPAC-associated circus over, what next?