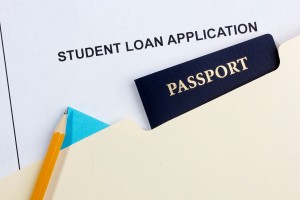 With the cost of college tuition rising faster than the rate of inflation, Shlomo Lifshitz said he knows the solution: study abroad.

“More and more people cannot afford to pay the cost of tuition, which I think is ridiculous,” said Lifshitz, a longtime education and tourism marketer. “As a result, people are graduating with $100,000 in student loans, and what do you become? A line cook at Burger King or waiter at Cheesecake Factory.”

Lifshitz said Americans should study in Israel, which his company can facilitate “at much cheaper rates than most U.S. universities.”

“Israeli university presidents don’t go home with a paycheck [worth] over a million dollars like in the States,” Lifshitz replied when asked if tuition costs are cheaper in Israel.

Before founding Lirom, Lifshitz ran Oranim Educational Initiatives, which sent tens of thousands of young people to Israel on guided tours, and assisted with Taglit Birthright.

Lirom offers academic gap-year programs, some of which offer 10 credits toward a bachelor’s degree, as well as summer programs in such areas as conflict resolution, archaeology, first-responder training and marine biology.

Some 304,000 U.S. students studied abroad during the 2013-14 academic year, according to data by NAFSA: The Association of International Educators. The number represented just under 1.5 percent of all U.S. students enrolled at U.S. institutions of higher education.

According to data from the Institute of International Education, six of the 10 top academic destinations are in Western Europe.

“Whether studying abroad is a money-saver “does not have a simple answer,” said Mark Shay, CEO of Abroad101, which provides online a study-abroad program evaluation tool to over 200 universities.

“When people ask me this type of question, I generally say that in any consumer decision, you get what you pay for. In the United States, you can save money by going to community college, but you lose out on all the benefits of a well-endowed university. When it comes to full-degrees abroad, you can save a great deal in tuition by earning a bachelor’s or master’s degree overseas and in many cases American students can get a federal student loan.  In the you-get-what-you-pay-for scenario, the value of that degree in the marketplace should be factored into that equation.”

Abroad101 helps schools collect and share program information with prospective students through a creation of reports.

“A student can enroll directly in a foreign university and take courses with the local students and in most cases save a great deal on tuition and even transfer that credit back to their home university,” said Shay. “Without the oversight of a provider, the vastly different teaching styles, living conditions and social norms may be hard to navigate, and that transcript may not be accepted, which is why many people elect to study abroad through third parties who take on the duty of care for that student.

Based in Berkeley, Calif., Go Overseas, a study abroad provider, seeks to empower “more meaningful time overseas” for students. It includes a ratings and reviews system. The provider is a “millennial-minded community [that] believes in creating a better world through travel and encouraging everyone they know to go on programs that include meaningful cultural exchange.” Prospective candidates are also offered volunteering and teaching options in various countries.

One of Lirom’s programs is offered through Israel’s College of Law and Business (CLB), which costs about $48,000 total.  The first year is in English, with the second and third years being half-Hebrew and half-English. In the fourth year, students may choose to take a three-month course and sit for the New York or California state bar exams, earning a bachelor of law degree from Israel, Lifshitz said.

Or, a student could finish his or her last semester at Chicago’s Kent College of Law or Fordham University School of Law.