Dr. Freeman A. Hrabowski III, president of University of Maryland, Baltimore County, and Greg Simmons, vice president, testified at a hearing of the budget and taxation subcommittee on education in Annapolis.  The testimony, which was met with general praise, included plans of innovative course redesign, use of data analytics and collaboration with educational institutions.

“I’m hoping we can continue our conversation about the American Studies Association (ASA) boycott of Israeli academic institutions — I hope we can resolve this,” Manno said to Hrabowski at the hearing.

Manno, a Democrat, was referring to “intense but productive” conversations he had with Hrabowski prior to the hearing.

Many academic institutions nationwide — including UMBC — posted a public statement denouncing the ASA’s boycott last month.  However, several institutions still have American Studies departments that hold a membership in the ASA, and UMBC is one of them.

Hrabowski’s official UMBC statement reads: “We oppose academic boycotts because they are inconsistent with the tenets of academic freedom and open scholarly inquiry. We agree … that such boycotts are antithetical to academic freedom. We are committed to protecting the rights of our faculty and students to express freely their beliefs and to engage in debate as they examine complex issues.  That position also is consistent with our legal obligation, as a public university, to respect First Amendment rights to freedom of association and speech.”

Hrabowski explained to the Senate hearing committee that there are five faculty members in the UMBC American Studies department, and they don’t all agree.  He said some believe they should just pull out of ASA membership completely, and some do not: The faculty believes this issue warrants more discussion and debate.

“But that point is a sticky point right there,” said Hrabowski. “And right now, it is a challenging point.”

“The number 1 point I want to make is this,” he continued. “We — the university — are against the boycott, we think that the American Studies Association is wrong, and, equally important, we are working very collaboratively with a number of Israeli universities.”

“But I want to say that I appreciate not only you bringing it to my attention but the very respectful way in which you’ve been working with me on it,” Hrabowski said to Manno.

In an interview after the hearing Manno explained, “My responsibility as a lawmaker and as a member of the Senate budget and taxation committee, which writes that check, is to ensure that the dollars are spent wisely and that it reflects the values of our community. … And we don’t support [the boycott that the ASA is supporting].”

The cost of ASA Institutional membership is $170, according to the organization’s website.

“It’s not the dollar amount. It’s the principle,” said Manno, who praised Hrabowski for his many successes and explained that the disagreement is not personal. It’s a larger issue of public policy. “I imagine we’re going to find a way to deal with this, what should be a very simple line item in the budget. If not — we’re not going to rule anything out.”

Melissa Gerr is senior reporter for the Baltimore Jewish Times. 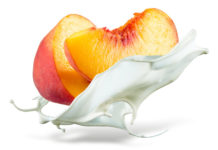