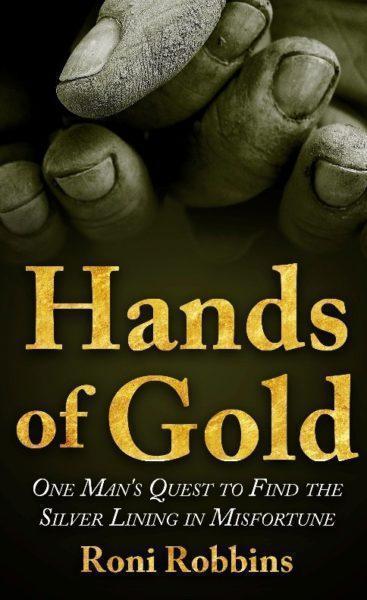 Sam Fox was heroic in his ordinariness.

The protagonist in this novel — like the toy punching bags that always pop back up after being pushed down — was super resilient. No matter the challenge, he seemed up to it.

In some ways, Sam, whose story apparently is loosely based on that of author’s grandfather, personifies 20th-century, Eastern-European-Jewish immigration to the United States.

Shimshon Tzvi Fox — “Sam” in America — was born in Hungary in 1905, the ninth child in his family. His family worked hard on their farm. “We didn’t have much but we enjoyed our food and we thanked God for the blessings. I think I was happy being surrounded by family and food and Judaism,” Sam recalls.

Many of his siblings were in America and when he approached his 17th birthday, with service in the Czech army looming — the family and its home had become part of the new Czechoslovakian state after World War I — Sam’s mother wanted him to go to the U.S. as well. But getting from the farm to the fabled goldene medina was to prove no easy matter.

On his second try, he got to Prague, then Berlin and, walking most of the way, finally to the port of Hamburg. During all his journeys, he remembered that his mother had told him that “Jews take care of their own.” So, he attended synagogue services in many places that he visited and almost always received help — in the form of a hot meal and place to sleep and sometimes a chance to earn money.

In Hamburg, a family took him home for dinner. The man of the family referred him to a friend, and he was hired to care for the riding horses on a big estate.

Finally accumulating enough money to go to America, he paid a ship’s captain $100 for a ticket. But the captain tricked him into signing a contract as a ship worker, meaning he would have to return to Europe with the ship. (Cheating Jewish passengers was common.

In some cases, Jews booked the trip to America and a few days into the journey reached a port and were told, “Get off, this is the United States.” Only after disembarking did they learn that they were in Great Britain, not the U.S.)

Jumping ship at St. John’s, Newfoundland, he eventually arrived in Montreal, where he met his beshert, his soulmate, Hannah.

“She had some mystical, magical quality about her that drew me in,” he says. “I felt at peace with her, safe, content. She was surely something to look at, but sweet too. …
“Hannah and I were a well-matched pair. I suppose. I never really thought about it much, only that we seemed to fit, and I felt comfortable and comforted by her presence.”

In 1926, he entered the U.S. illegally, going by train to New York where Hannah lived. They married and raised five children. But their path in life was not smooth.

Sam became a trolley driver in Manhattan, a well-paying job. In 1930, however, a man walked onto the tracks and he accidentally killed him with the trolley.

He suffered from tuberculosis, which curtailed his ability to work — there were times he stayed home with the kids while Hannah worked —and almost killed him.

The family suffered through the Great Depression of the 1930s. Finally, Sam went to work for the Chesed Health and Rehabilitation Service, which made uniforms for hospitals, hotels and restaurants, providing work for Jewish TB patients. He became a foreman.

They had to scrimp, but did well. “In comparison to others, we might have even been considered prosperous because the children never had patches on their clothes or holes in their shoes. …

“Having a seamstress and tailor for parents, our children were sure to be neatly dressed for school and Shabbos. Dresses for girls, suits for boys. … If anything were torn, we’d sew it up. No children of ours would be ragamuffins.”

But the death of a son from leukemia and the Holocaust cast dark shadows over the family. Through it all, Sam managed to persevere.

“If there’s something I’ve learned,” he says, “it’s that some days start out badly and don’t get any better. Other days are quite momentous and you have to hold tight to those. Be thankful for every day you experience love and blessings because you never know when your faith will be tested again.”

As I said, a courageous everyman — and a wise one, too.

Aaron Leibel’s memoir, “Figs and Alligators: An American Immigrants’s Life in Israel in the 1970s and 1980s” (Chickadee Prince Books), is available for purchase online and at bookstores.