Outside Winchester lies a 13-acre property along Peacefield Lane that more than 60 animals call home. Those passing by might catch a glimpse of Watson the steer sunbathing or Elvis the horse galloping across the field. Maybe they’ll hear crowing from roosters Tarzan Bob, Fruit Cup and Steve. Or maybe see any number of pigs, goats, sheep, chickens and turkeys as they go about their business. This place is their sanctuary.

“My heart is, and my passion is with the sanctuary and the rescue work,” Netzel said. “I find it very rewarding, the rescue aspect with directly being involved with saving the lives of the animals and providing them a loving forever home.”

Netzel gives each animal a name that he said is based on their personality. There’s Watson, a 1,600 pound Holstein steer, who Netzel said is the size of a small car.

“So he’s a very big boy. But he’s a sweet, gentle giant,” Netzel said. “His large size might be a little intimidating, but he’s just like a really large puppy, basically.”

Watson was rescued from a dairy operation in West Virginia. Now he spends his days lounging in the sun and scratching his back on the sanctuary’s pear tree, his favorite. But watch out, as he’ll drench you in saliva.

Brownie the donkey has called the sanctuary home since 2014. He was found abandoned in a field with horses. He’s best friends with Elvis the quarter horse, who also came to the sanctuary in 2014. Elvis was seized by authorities in Montgomery County from an individual who ended up with 17 counts of animal cruelty. Another sanctuary resident is Ellie the pig. Netzel said she is friendly and loves belly rubs, but not in the morning.

“Like a lot of humans who aren’t necessarily the most friendly until they’ve had their first cup of coffee, she is the same way until she has breakfast,” Netzel said.

Netzel was born in Portland, Ore., and grew up on farms in the Pacific Northwest. He said his childhood instilled in him a love of animals and had a part in him becoming vegan. Netzel moved to the Washington area two decades ago and worked as a facilities manager for nonprofits and schools. Netzel said he always dreamed of running his own animal sanctuary, but the timing never seemed right.

“And then I just had this realization that, you know, it’s never going to be perfect, and the perfect time and the one day is now. So I started looking for property and found this place, and it just seemed to be perfect.”

Formerly a family farm, Netzel purchased the property on Peacefield Lane in 2012 and incorporated Peaceful Fields Sanctuary as a 503c charity the next year. Funding comes from donations and grants.

Netzel is a member of Winchester’s Beth El Congregation and attends events hosted by Chabad Jewish Center of Winchester. He sees his work in the sanctuary, his veganism and Jewish identity as intertwined.

“I’ve been vegan for a little over 17 years,” Netzel said. “And as such, I’ve been very interested in animal welfare issues. It just kind of has been a mission of my life. And just an aspect of tikkun olam, to make the world a better place, which I feel strongly about, as well as the mandate that we have as Jews to prevent unnecessary cruelty to animals.”

Most of his animals at the sanctuary have experienced emotional or physical trauma, especially the kapparot survivors. They are chickens who were used in the pre-Yom Kippur ritual in which a Jew swings a bird over his head to symbolically transfer his sins, often injuring the animal in the process. Some chickens end up dumped into trash cans and left to die. Netzel advocates for swinging coins instead or doing charity work.

“Since it is only a tradition, and since there are other things that we can do as Jews, we want to educate and hopefully have that cruelty go away. And until then, we will help rescue and save as many of these amazing birds that have gone through that as we can.”
Netzel loves his work, and hopes his story will inspire others to pursue their dreams as well.

“If there’s something you’re passionate about, or if you think you have a mission, or calling or however you want to phrase it, do it. Do it and start on it now.” 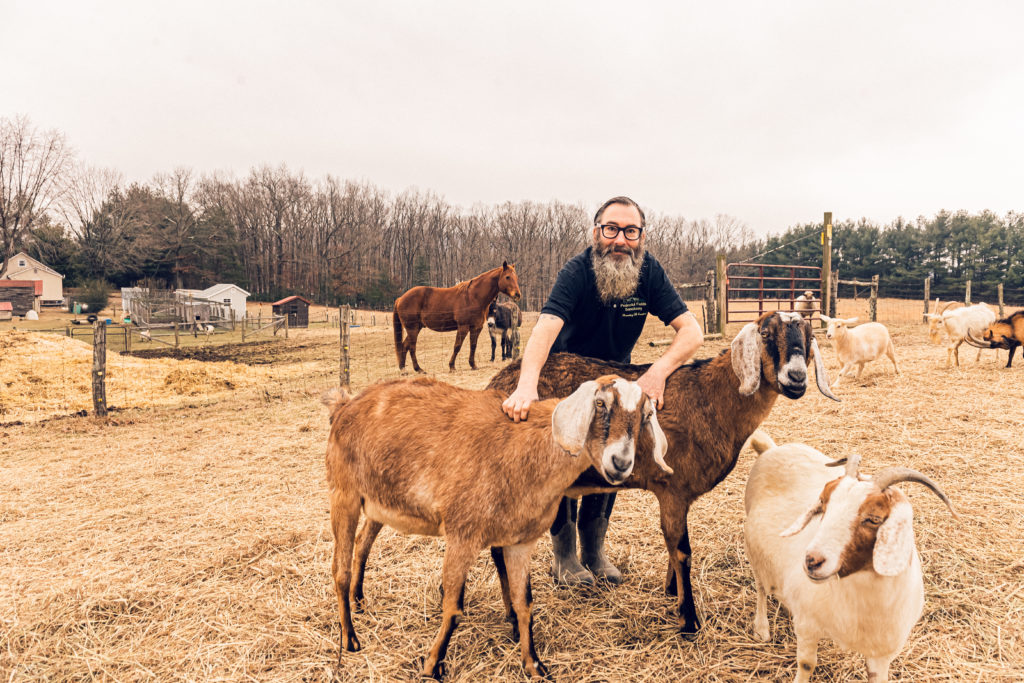