Not long ago, when his mom was decluttering the house in Laurel, she dug out an essay Jeffrey Wolinsky had penned in fifth grade. The teacher posed the question about what students want to do when they grew up. His reply: “I want to work at a TV station and be the person who sells the commercials between shows.”

He came close. Wolinsky, 41, is the director of federal and national sales at Federal News Network, which operates WFED-AM and its FM counterpart, all-news WTOP.

For 17 years, he has carved a deep footprint in the revenue-generating arm at the stations. For years, WTOP-FM has been honored as the top-billing outlet in the country.

The world of audio media, Wolinsky says, has reinvented itself. Sensing the promising winds of change, he and his team are riding the digital wave. A significant part of the transformation centers on the station’s transformation from Federal News Radio to Federal News Network, to better reflect its many shades of retrieval options: on air, apps, live streaming, podcasts and social media platforms.

When asked about the methodology of selling radio time, where there is no tangible product to present to advertisers, Wolinsky laid bare what his job entails.

“Nobody wants to be sold something,” he says. “The seller and the buyer are adversarial relationships. Our focus is not selling you something. Our focus is getting you results. I am the connection between an advertiser and what he wants to achieve.”

Wolinsky says one of the greatest pleasures he derives from his work is talking to a federal contractor one day “and a roofer the next day.”

During his career, Wolinsky stepped away from his job at Federal News Network for a stint in New York at WCBS-AM, CBS network’s flagship all-news station. While he enjoyed his work in the country’s top market, he missed the Washington area.

“While New York might have Wall Street and Los Angles has the entertainment business, D.C. brings in both, an international flair. The transients bring in so many perspectives and points of view.”

From an early age, Wolinsky had a front-row seat, observing his parents immerse themselves in marketing and promotion. The family belonged to Laurel synagogue Oseh Shalom. His father, Lyle Wolinsky, managed Wild World, the forerunner to Six Flags in Upper Marlboro. He also turned around the sagging fortunes of a small radio station in the District. Later, the family, capitalizing on their myriad contacts, opened a successful advertising firm in Laurel.

The relatively small Jewish population in Prince Georges County did not discourage him. Rather, it was his oxygen source to dig in his heels for launching a search and engage mission. “I was always seeking out the Jewish community” Wolinsky says.

While earning his business degree at the University of Maryland, he met his future wife, Jamie, whose hometown was the Long Island community of Syosset, 30 minutes from New York City. “There’s just a massive Jewish community there,” Wolinsky notes.

He seems to have found his Jewish community here as well. With three sons, the Wolinskys now live in Gaithersburg. They’re members of Temple Beth Ami in Rockville. And he’s pretty much what he wanted to be when he grew up. 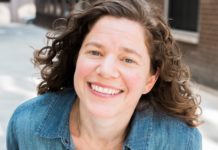 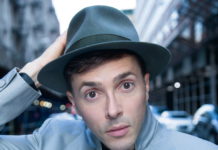