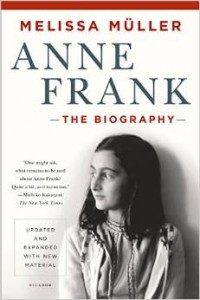 Anne Frank, by Melissa Muller (Metropolitan Books)
I was totally surprised at the spellbinding excellence of Anne Frank: The Biography, a revised edition of Melissa Müller’s 1998 book, with 30 percent new material, published in June as a trade paperback with plenty of photos. Overflowing with unexpected details and in a silk-smooth translation by Rita and Robert Kimber, Müller captivates us with a rich picture of Anne’s life in her 25 months of hiding. Müller’s de-sanctification of Anne into a real adolescent, and the beautiful, pensive cover photo, leaves you aching to reach in and pull her to safety.
– Neal Gendler, contributing writer (books) 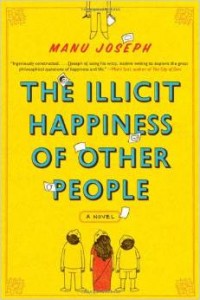 The Illicit Happiness of Other People, by Manu Joseph (W.W. Norton)
This is a detective story – why did the teenage son jump from the balcony to his death? – and a humorous and sad meditation on life, family, the generations, the sexes, delusions, obsessions, India and adolescents. Ousep Chacko, a failed novelist and alcoholic journalist, searches for clues about his elder son’s death in the cartoons he drew. Ousep’s wife, Mariamma, protects their younger son and talks to the walls in protest against the ordeals she has endured. There are answers, of course, for this family of outcasts living in a crowded neighborhood in the southern Indian city of Madras, but not before Joseph takes his readers through a slice of Indian life that no longer exists.
– David Holzel, senior writer 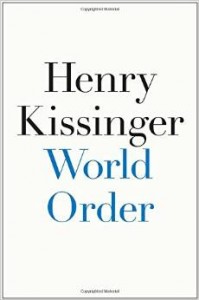 World Order, by Henry Kissinger (Penguin Press)
The former secretary of state and Harvard scholar writes that the way the world is ordered, the basis of which came into being following the Treaty of Westphalia that ended the Thirty Years War in the 17th century, is unraveling. Various civilizations have different ideas of how nations should relate to each other, and statesmen will have to construct a new world order, which represents “the ultimate challenge to statesmanship in our time.”
– Aaron Leibel, copy chief 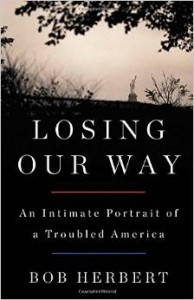 Losing Our Way: An Intimate Portrait of a Troubled America,
by Bob Herbert (Doubleday)
Former New York Times columnist Bob Herbert travels around the country to interview ordinary Americans about their struggles in the wake of the Great Recession and the decades-long decline of the middle class. He mixes these very personal stories with facts and statistics that present a devastating portrayal of a country that has failed to properly invest in its crumbling infrastructure, create enough good jobs and wages, didn’t anticipate the staggering financial and human costs of fighting wars in Iraq and Afghanistan, and made education worse through a misguided school reform movement. Herbert calls on the American people to mobilize in direct citizen action to demand the country’s leaders address issues such as income inequality, global warming, unemployment, worker protections, affordable education and rebuilding the nation’s physical plant.
– Josh Marks, general assignment reporter 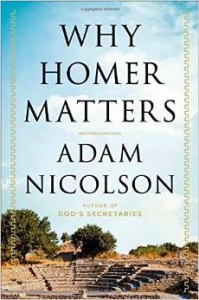 Why Homer Matters, by Adam Nicholson (Henry Holt & Co.)
When, years ago, I interviewed the Egyptian physician and novelist Nawal el Saadawi, as she was coming out of exile at Duke University, I blushed when telling her that I was both a fan and a critic of her work. “I don’t know if it’s possible to be both at the same time,” I said.

With the release of this new book about the poet of the Iliad and the Odyssey, I see, finally, that such a feat is possible. Here, Nicholson adroitly manages to offer both a passionate love letter to Homer and critical, close readings of his poems. The best of these is his chapter on Hades, the section of the Odyssey in which the wandering hero travels to the land of the dead to gather new wisdom and a sense of purpose.

“Never try to sweeten death for me, glorious Odysseus,” Achilles tells him. The dead warrior makes the “great central statement” of the poems, Nicholson explains, when he says, “If I had a chance of living on earth again, I would rather do that as a slave of another, some landless man with scarcely enough to live on, than lord it here over all the dead that have ever died.” Homer’s hell, says Nicholson, is the absence of life, “the removal from the world of love and warmth which is the defining glory of life on earth. Hell is the house of loss.”

James Joyce, in his 20th-century retelling of the Odyssey, makes a similar point, in a chapter also titled Hades. “Plenty to see and hear and feel yet,” says the Jewish character Bloom, as he leaves an Irish cemetery. “Feel live warm beings near you. They aren’t going to get me this innings. Warm beds: warm full blooded life.” Before reading this book, I knew why Homer matters, but it was a lesson worth learning, freshly, again.
– Geoffrey W. Melada, editor-in-chief 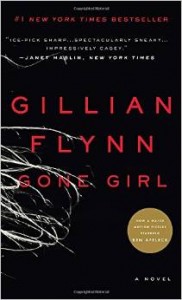 Gone Girl, by Gillian Flynn (Broadway Books)
OK, I’ll admit it. I’m one of those people who jumps on a popular book bandwagon right before its movie counterpart premieres, and a perfect example is when I read Gillian Flynn’s spectacular Gone Girl only a few weeks before David Fincher’s equally enthralling adaption was released on the big screen in October. (The book was published in 2012, but I got onboard during its resurgence this year.)

The simple premise of a wife who disappears on the morning of her fifth wedding anniversary – and her “prime suspect” husband’s subsequent search – gives way for a wildly entertaining and suspenseful page-turner that explores a once-seemingly perfect marriage gone horribly wrong, set in the backdrop of modern, small-town Missouri. With alternating chapters told in unreliable first-person narrative from husband’s present-day perspective and the wife’s diary, Flynn’s conversational and relatable prose is what makes the story so readable – not to mention its endless plot twists, the main one being truly mind-blowing.
– Ian Zelaya, staff writer 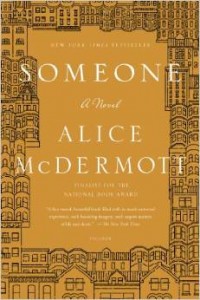 Someone: A Novel by Alice McDermott (Farrar, Straus and Giroux)
A journalism professor I once had stressed that stories are lurking everywhere, and it’s up to the writer to bring them to life. Someone by Alice McDermott, famous for her novel Charming Billy, takes the most ordinary characters and turns them into someone I grew to care about.

It’s easy to feel her hurt when young Marie learns of her father’s death and, just as easy to grasp, why she is attracted to men with the smell of alcohol on their breath. The pain of losing her first love and so many events in the life of this basically unremarkable woman are handled in a most remarkable way.
– Suzanne Pollak, senior writer