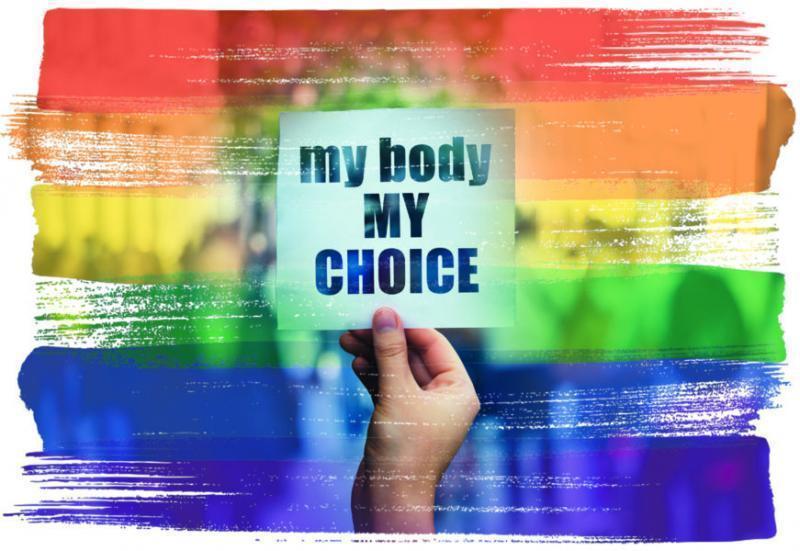 By Shannon Saul and Faith Williams
Special to WJW

Judaism calls on us to protect access to abortion for all who need it, including the LGBTQ community.

On Feb. 28, the Senate failed to advance a bill to protect equal access to abortion everywhere. Against a backdrop in which the Supreme Court seems ready to overturn 50 years of constitutional protections for abortion, the situation is dire. And even though Roe and subsequent cases have provided a “right” to abortion, decades of attacks on this right have led to systemic barriers, such as forcing someone to drive hundreds of miles to the nearest abortion clinic, that affect the actual access to abortion for so many.

These roadblocks to abortion have a disproportionate impact on people of color, LGBTQ folks, immigrants and young people. For marginalized communities, abortion has long been out of reach, regardless of Roe. The calls to protect abortion access have grown louder in recent months, and discussions about abortion permeate the daily news cycle. As Jewish organizations devoted to building a more just world, Keshet and National Council of Jewish Women are working at the intersections of abortion justice, gender justice, LGBTQ equality and religious freedom, committed to ensuring that Roe is the floor and not the ceiling in this country.

Many people consider abortion a women’s issue. But here’s the truth: people of all genders have abortions. They have always had abortions. And they will need access to abortion care in the future. Abortion is a women’s issue, yes, but also a queer, transgender, non-binary and intersex people’s issue.

For some of you, this truth may be obvious. For others, it may surprise you to consider that people besides women need abortion care. A nonbinary person who is sexually assaulted may need abortion care. A transgender man with an unwanted pregnancy may require abortion care to avoid gender dysphoria that might come with pregnancy. A queer person may decide to have an abortion because they do not want to have children. A lesbian couple trying to have children may find out their pregnancy is unviable. LGBTQ people cannot be an afterthought when it comes to abortion because they are disproportionately impacted by abortion restrictions.

When lawmakers ban abortion earlier and earlier in pregnancy, many LGBTQ folks — who are more likely to delay seeking health care due to discrimination — are often barred from this essential health care. When lawmakers enact financial barriers to accessing abortion, like waiting periods necessitating a hotel stay or banning the use of federal funds for abortion care (eg., barring Medicaid from covering abortion), abortion access disappears for some in the LGBTQ community, especially LGBTQ people of color, who are more likely to be experiencing poverty or have lower-paying jobs. When lawmakers force abortion clinics to shut down, they are often shuttering the only places where people can access gender-affirming care, such as hormone replacement therapy. Ignoring these truths and talking about abortion as solely a women’s issue erases the experiences of many LGBTQ folks who have had abortions and will continue to require access to abortion care.

While the attacks on abortion are frequently done in the name of religion, this belies the beliefs of many people of faith who support access to abortion — including the vast majority of American Jews. In Judaism, abortion is not only permitted, but sometimes even required when the pregnant person’s life is at risk. Judaism instructs us to protect life above all else and forcing someone to put their well-being at risk to carry a pregnancy or give birth directly contradicts our tradition. In Judaism, we are compelled to create an inclusive community through communal responsibility, meaning we cannot effectively protect and advance abortion access without recognizing all who need access to abortion care.

The religious right often uses their dogma to justify discriminating against LGBTQ people and restricting abortion access; enough is enough. As Jewish organizations, countering this movement requires the inclusion of progressive faith voices and queer voices who can counter the loud minority on the other side.

Keshet and National Council of Jewish Women urge other Jewish organizations to join us in calling on Congress to pass the Equal Access to Abortion Coverage in Health Insurance (EACH) Act, which would end abortion coverage bans that block access to abortion for people struggling to make ends meet. We also call on the Senate to advance the Equality Act, which would prohibit discrimination on the basis of sexual orientation or gender identity in health care and other settings. Together, these bills will help ensure that people of all genders have access to reproductive health care, free from discrimination.

Tzedek, tzedek tirdof — justice, justice you shall pursue — are not just words from our Jewish texts. It’s the value that guides our organizations and informs our efforts every day to ensure everyone can make their own faith-informed and moral decisions about their sexuality, gender, and reproduction without stigma and shame.

Faith Williams (she/her) is the Associate Director of Government Relations and Advocacy at National Council of Jewish Women.

Shannon Saul (she/they) is the Community Mobilization Manager at Keshet, and has a background in policy research and community organizing.

How I found God again

What Queen Elizabeth meant to a British Jew like me