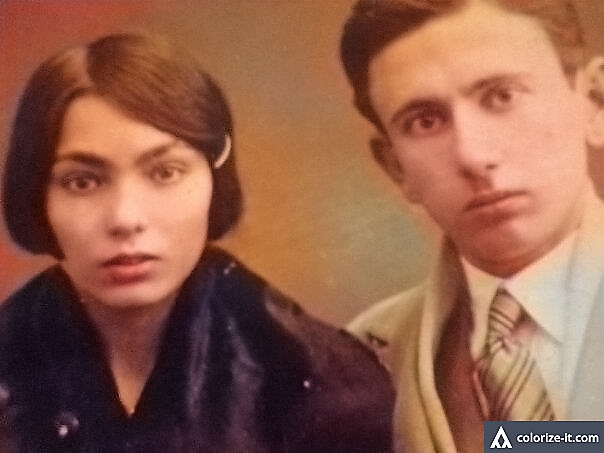 My grandfather’s Haggadah has become the way we feel his presence at the seder each year. Eshagh Roshandel was responsible for being the first to translate and publish the Hebrew-Persian Haggadah.  His Haggadah had a significant impact as women, children, and also men who had not studied Hebrew could read the story of their freedom from Egypt. His own story offers insights into Jewish life in Iran in the middle of the last century.

Roshandel’s father, Hakham Yaghoub, was one of the great hakhamim in Iran. He was among those Jews whose families immigrated from the Russian Empire, sailing across the Caspian Sea to its southern coast to escape persecutions. His family settled in Babol — Orange Blossom City — in northern Iran.

Roshandel was born in Babol in 1916, the eldest of five children. His father was delighted that Roshandel showed a strong curiosity and desire to learn. Roshandel was gifted in languages. He studied Russian and French, Hebrew and Persian.

Well-spoken, poised and a stylish dresser, Roshandel showed charisma. The Singer Sewing Machine Company in Tehran offered him a job to open a branch as its representative.

In Tehran, Roshandel fell in love with a young lady named Roohi, whom he saw at a wedding. Roohi (later called Mamanjaneh, “dear mother”) was a gifted weaver of rugs of thin silk and golden thread, and an equally talented player of tar, a small-guitar-like instrument. She studied Judeo-Persian and some French at Etehad School in Kashan, the ancient oasis city 155 miles from Tehran.

Roshandel was smitten and wrote love letters to Mamanjaneh. She was enchanted. They married when he was 18 and she was 16. They settled 175 miles to the southeast of Tehran, in Hamadan, where Esther and Mordecai — the heroes of the Purim story — are said to have been buried.

Roshandel represented Singer in Hamadan, where he sold the sewing machines and taught himself to maintain them. After a few years, his love of learning prompted him to pursue teaching. He and Mamanjaneh returned to Tehran and he began to teach at Etehad, the first Alliance Israélite Universelle school in Iran.

There, Roshandel taught Jewish studies, including Hebrew literature, Jewish history and Torah for students in grades 6-12. (Girls and boys studied in separate buildings.)  It was important to him that his students understand the meanings behind Hebrew writings and cherish their rich heritage. To this end, he translated the Shema prayer into Persian in 1948.

Roshandel was so invested in teaching his students about their traditions that he used his inheritance to publish his translations. In addition to the Shema, he translated “A Book of Jewish Thoughts” by biblical scholar Joseph Herman Hertz in 1951. This was followed by his translation of the Haggadah. He also published a monthly magazine article, “The Path of Happiness.”

The Haggadah’s forward reminds us of gratitude. Roshandel describes the story of freedom in detail and the compassion God showed toward the Jews in bondage.

Later in the Haggadah, he adds a commentary referring to Passover as the Holiday of Compassion. As we were freed from captivity, so “it is our duty always and especially on Passover to show compassion and kindness toward those who are less fortunate, pay full attention to them, and uplift them. This is one of the main meanings of Passover.” Seeing this commentary in my grandfather’s name is akin to receiving a precious, personal note from him. 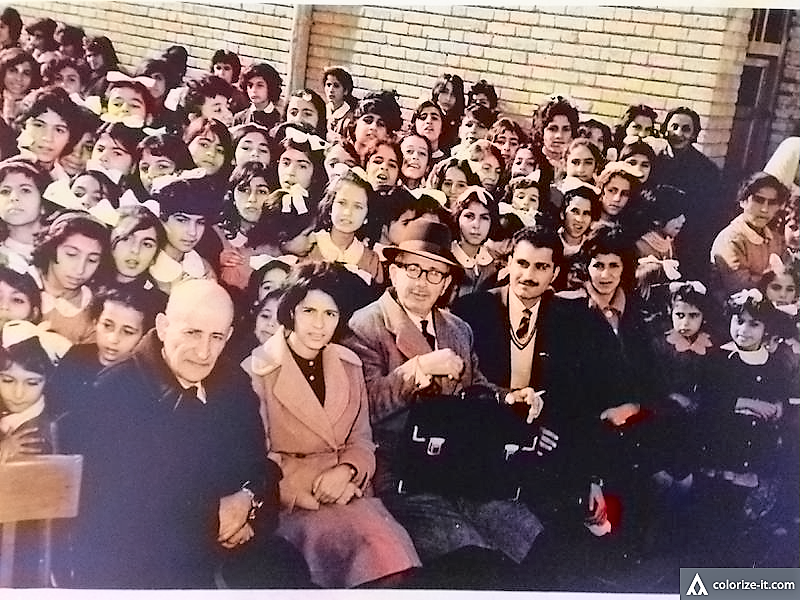 Roshandel encouraged his own students to give tzedakah at school. He bought food and clothing for the neediest families. He also helped to fundraise through the community to provide lunches to children unable to afford them. More than 200 students ate in the dining hall daily.

To celebrate the holidays at Etehad, Roshandel appeared in the plays of Soleiman Haim, an Iranian Jewish writer and the author of Persian, English, French and Hebrew dictionaries. Dressed in a white and gold-trimmed garb, my grandfather often played the role of Mordecai during Purim.

Roshandel loved to sing and enjoyed music. He served as chazzan in several of Tehran’s synagogues, including Haim, the first synagogue built outside of the ghetto in Tehran. In Etehad, he led a boys’ choir, Kol David (The Voice of David). They sang Jewish melodies in the school, often practicing in Roshandel’s home. He encouraged his students to pursue their talents. He also tutored students and prepared many of the boys for their bar mitzvah.

Eshagh Shaoul, a violinist and student from 1948-1956, recalls Roshandel’s warmth. He and his classmate, Manouchehr Hakakian, a writer, performed together in the school dining hall.

“Manouchehr would write and recite his stories and I would play classical music on the violin to accompany him. Roshandel would introduce us on the school loudspeaker. You could hear the announcement in the school yard.” Roshandel’s enthusiasm gave them both the confidence to perform, recalls Shaoul.

Shaoul also remembers Roshandel as “a very serious teacher.” Other teachers hit misbehaving students, but Roshandel would take them outside, talk to them, then bring them back into the classroom. “He had a different philosophy — that we need to know who we are, to work hard and to contribute. We need to showcase our Persian Jewish culture.” Roshandel told his students, “Don’t think about yourselves. Instead think about your work, think about the future and you will be able to succeed.”

Another student, Fred Delshad, was at Etehad in 7th grade, in 1953.  He remembers Roshandel as a dynamic teacher who would “draw maps on the chalkboard, bring in materials to show us and recount to us Jewish history.”

Roshandel loved to teach and he loved his country. He and Mamanjaneh named two of their daughters after the fields in Iran, Simindasht (silver field) and Zarrindasht (golden field). Roshandel, “the light heart,” taught thousands of students during his 25-year tenure at Etehad. Those students have spread throughout the world, each carrying pieces of their heritage with them. “Your grandfather was my hero” said Shaoul.

Helen Eliassian is a freelance writer with an interest in Iranian Jewish history.