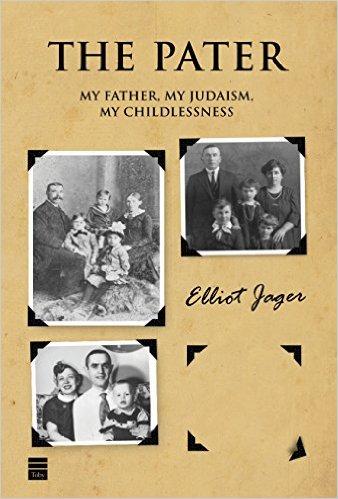 The Pater: My father, my Judaism, my childlessness, by Elliot Jager, Toby Press, 2015, 189 pages. $24.95.
Elliot Jager, who unwillingly has no children, strongly protests what he says is Judaism’s stigmatization of the childless.

He’s “searching for a defense counsel, someone to offer perspective to my bill of particulars charging Judaism’s canon with disrespect, disregard, even disdain for the childless.”

That idea never had entered my mind. Nor, I suspect, does it occur to many Jews who, like me, are blessed with children.

Pater is a short, punchy revelation of how Judaism and Jewish life are centered on the commandment to be fruitful and multiply and of how isolating it can feel to be a Jew — especially an observant Jew — who wants children but cannot have them.

It’s even worse if, like Jager, you’ve moved to family-centered Israel, where, he says, people believe that “childless people have empty lives. That this attitude is understandable doesn’t make it any less condescending.”

Pater – Latin for father – is Jager’s exploration of the meaning of life without children. A Jerusalem-based journalist with a political science doctorate, Jager says he’s never felt personal prejudice for being childless and that the Jewish canon’s “withering attitudes toward the childless may be intended not for the few but for the nation.” Still, tradition is against his leading services on Rosh Hashanah or Yom Kippur. In ancient days, he’d have been barred from the Sanhedrin, the Jewish high court.

A childless Canadian he disguises as Benny tells Jager that Jewish holidays, focused on children, are particularly hard. He also feels his lack on Shabbat, as friends are blessing their children. “I feel the loss especially when I think there will be no one to say Kaddish.”

A New Yorker he calls Marcus says that when meeting someone new, “the first question you’re asked is ‘Are you married’ and the second, ‘Do you have children?’”

Jager made, what for a child of Orthodox parents and schools was a huge decision, to remove his kippah. For some time, he’d ceased feeling Orthodox “and worried I was putting up a false front.” He joked about his bare head to colleagues, but “the truth was that I felt let down by the Creator of the Universe and needed to let Him know. I felt God had hidden His face from me, and keeping my kippah in my pocket was a form of personal protest.”

Pater is more than a personal lament. Its interlocking themes tell of being abandoned by his Shoah survivor father at age 8; being raised impoverished as an only child; feelings and experiences of other childless Jewish men; data on childlessness and IVF; Bible characters’ fears of childlessness; re-establishing contact with his father after 30 years of silence; fear of being forgotten after death, and what he says seems the unfairness of it all.

“Time and again, throughout the Bible, barrenness is depicted as divine punishment,” he says —for example, King David’s wife Michal, punished for mocking David’s dancing as the ark was led from Hebron to Jerusalem. “Throughout the centuries of Jewish civilization, making babies has always been the first imperative. The Jews are the children of Abraham … the sons and daughters of Israel.”

Jager says he hadn’t always longed to be a parent, “and even when it was denied to me, I found myself somewhat ambivalent.” Lacking a model, “I had no idea of how to be a father.”

But yet, “I spent years subliminally grieving for the son or daughter I would never have,” he says. “What came naturally, effortlessly to just about everyone else was beyond my reach. Didn’t that somehow make me less of a man?”

Reading of children abused, abandoned, even killed by their parents angers him. He asks: “Why would God give children to the people who didn’t want them or couldn’t care for them, instead of to us?” 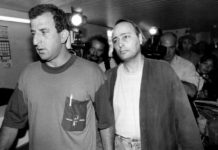