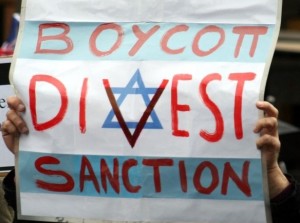 Are American Jews suffering from Israel fatigue – exhaustion from feeling the need to constantly explain Israel’s actions and answer for its policies?

A workshop Monday at the General Assembly raised that question and asked some 80 participants to speak openly about Israel, which session leader Eyal Rabinovich called “the most polarizing wedge issue in the American Jewish community.”

At a time when the BDS, or boycott, divestment and sanctions movement, is trying to delegitimize Israel in academia, on college campuses and in the entertainment industry, an increasing number of Jews are withdrawing from community conversations in fear that their opinions will not be tolerated, the Jewish Federations of North America’s Kathy Manning said at the beginning of the session, called “Room for every view? How to create space for varied perspectives on Israel.”

The goal of the workshop was to create a “safe space” where participants could feel free to voice their opinions, said Rabinovich, founding director of Resetting the Table: Open Conversations on Israel, an initiative of the Jewish Council for Public Affairs.

Participants sat at circular tables, each with a facilitator to guide the discussion. There were rules: Make your comments concrete and personal, rather than abstract. Don’t assume you know someone else’s motives. Be humble. (Another rule: Participants could not be identified in print.)
At one table sat a cross section of the Jewish community: college students, Jews in their 20s, Jewish professionals and community volunteers. They discussed the topic of “red lines,” which refers to the boundary between acceptable and unacceptable beliefs in the organized Jewish community.

The discussion immediately turned to Hillel International, which serves students at universities and which drew a red line against any group under the Hillel umbrella that works with groups that support BDS, are anti-Israel or are anti-Semitic.

One student at the table said that because her campus Hillel shuns the perspectives of Open Hillel – a group that opposes the Hillel redlines – and J Street, a liberal pro-Israel group, “I feel alienated from my own Jewish community.”

A community volunteer at the table spoke for “a big open tent. It’s a free country,” she said. “At my shul the rabbi only talks about Israel once a year” because it’s so controversial. “That’s bad.” Others at the table were sympathetic to Hillel’s position.

“It’s the responsibility of Jewish organizations on campus to promote dialogue, but organizations have a right to a certain set of values,” said a Jewish communal professional.

Another student said that when Students for Justice in Palestine raised the issue of BDS on her campus, she joined a committee to discuss the issue with its proponents. It never got a full hearing because “the student government tabled it entirely,” she said.

At the same time as these participants were trying to make room for disagreement, members of another workshop were brainstorming ways to fight the BDS movement.

“Organizing the ground game: What federations can do to inoculate our communities against BDS” sought tactics to head off BDS incursions into student groups, academic organizations and in churches. It was led by staff of the Jewish Federations of North America’s Israel Action Network.

On campus, personal narratives of Palestinians could be countered by stories and photos of Israelis. Israel supporters should use social media and take advantage of op-ed opportunities on student newspapers, they concluded.